Gordon Fraley, also known as Puff Adder, is a fictional character and an enemy of Captain America. He is one of the members of the Serpent Society.

Large and strong, but not very bright, Puff Adder joined the second incarnation of the Serpent Society as part of Viper's infiltration of the group. Along with Black Racer, Copperhead, and Fer-De-Lance, Puff Adder took part in a series of casino robberies in Las Vegas in order to get the attention of the Society's leader Sidewinder. The foursome battled Captain America (Steven Rogers) (then known as The Captain), and his allies Nomad, Demolition-Man, and Falcon and were jailed, but their plan worked and they were offered membership in the Society, which they accepted. When Viper made her move, Puff Adder battled the rest of the Society, and later The Captain and his allies once again.

Puff Adder remained with the Society when its leadership was taken over by King Cobra. As a member of the Serpent Society, he developed a romantic relationship with his teammate Anaconda. He also served briefly with Doctor Octopus' Masters of Evil. 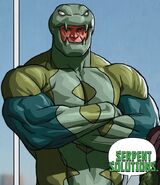 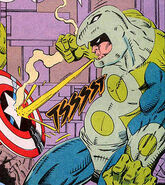 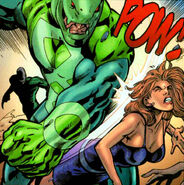 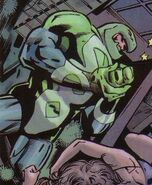 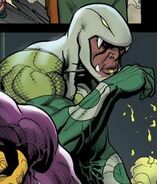 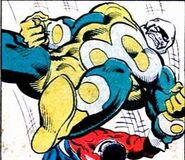 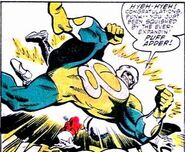