Puffy is a second-level Nightmaren created by Wizeman and an antagonist in NiGHTS: Into Dreams. Puffy is considered female due to the chest, large lips, and attire.

Puffy has a beach ball appearance along with large pink rabbit ears and a pink tail. She also appears to wear red lipstick and blue eye shadow. She has a high collar and long elegant-styled gloves. many jewels can be found across her chest and in her gold belt. Puffy appears to be modeled after a rich and extravagant opera singer.

Puffy is the boss of the Splash Garden level in Nights into Dreams. Puffy's level consists of six rooms resembling a house. There is a bedroom, a dining room, and a bathroom. Stairs can also be seen on the back wall in the dining room. Along the walls of Puffy's level are many paintings of Nightmaren minions and one of herself. The portrait of Puffy is actually an original concept drawing. There is a set of double doors in the very last room, as well as a shelf. The player defeats Puffy by pushing her under the shelf, breaking the support causing her to get smashed between the wall and the tumbling shelf. On rare occasions, the doors in the last room open just as Puffy is being defeated. Inside is a lamp-post like object which falls out and onto the floor. No one has discovered why this happens or what triggers it.

The main steps of NiGHTS' battle with Puffy is the player must grab her and throw her into the wall at the end of the stage. Upon flying up to her, NiGHTS will automatically grab her and start spinning her. The object from here is aiming her onward, into the next room. Having Puffy hit the player will take time away from your timer, giving the player less time to defeat her and eventually giving the player a Night Over. 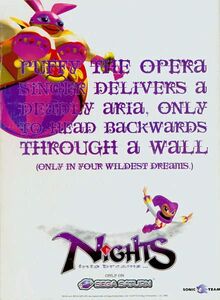 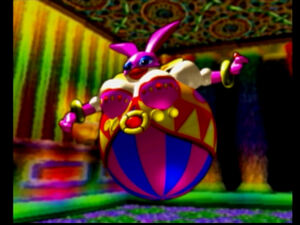 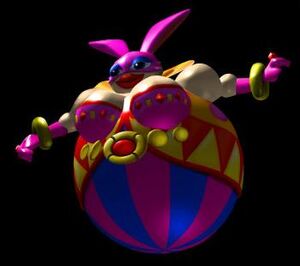 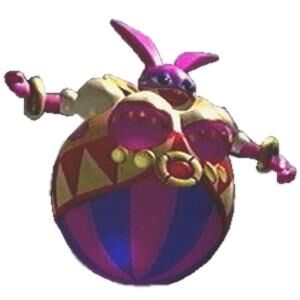 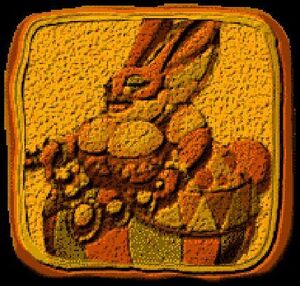 Retrieved from "https://villains.fandom.com/wiki/Puffy?oldid=3459668"
Community content is available under CC-BY-SA unless otherwise noted.