Penelope "Punky" Brewster is the protagonist of the 1980s television series Punky Brewster. She appeared as the main antagonist of the Robot Chicken sketches No Need for Glomer and Punky Power.

In both her appearances so far, she was voiced by Soleil Moon Frye, who reprises her original role.

The sketch starts with the titular protagonist of Punky Brewster growing up. She abused Glomer (the character from the animated adaptation of the sitcom) by forcing him into a closet and intentionally starved him. Later on, Penelope was upset that the children at school were calling her flat and she decided to let Glomer out of the closet so that he could grant her her wish of having a bigger chest.

Glomer tells her that he's fading fast, but Punky didn't care stating that he could die after he granted her her wish. He begrudgingly grants her her wish, but in a shocking twist, her breasts wouldn't stop growing. When  she was asking Glomer what was happening to her, Glomer simply told her to choke on it. It's implied that she was either smothered to death because of her breasts or they eventually exploded.

Punky Brewster is seen again with her two unnamed friends, playing with a toy car, when two bullies suddenly show up and smash it for no reason. In response, she uses her "Punky Power" to completely disintegrate the two men. Having now grown too powerful, Punky declares that she'll use her powers to destroy the world. Henry Warnimont, Punky's foster father, manages to calm her down enough for her to lower her guard and Glomer suddenly hits her over the back of her head with a baseball bat, with Henry not caring she's dead since she's not his real daughter. 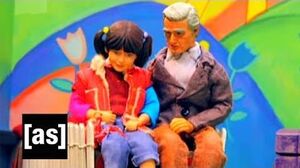 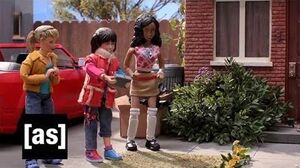