teaching his students how to dance

He was voiced by Atsushi Fukazawa.

Pyodor's head is a yellow chicken head, his yellow egg hump has red hair with a chicken beak, his Gangler safe was under his head, he also had purple claws, his legs are purple with yellow chicken feet.

Pyodor made his first appearance battling the Lupin Rangers after that he was about to retreat and Lupin Blue was about to follow him, but Pyodor used the treasure's ability to stop him in his tracks.

After the intro he'd appeared once again this time disguised as a dojo master named Shoemon Oshi and he was about to get one of the citizens to join him however Tooma stopped him, but once again he'd used the treasure's ability to convince Tooma to joined him at the dojo.

Speaking of they arrive at the dojo with the some other students also he was assisted by Patren2gou. However instead of teaching the students some kung fu moves they taught them how to dance.

A while later Tooma complained to Shoemon Oshi about dropping out of this dojo, however once again the treasure's ability was being used again, so now he won't be able to leave the dojo at all.

However due to suspicious behavior someone just called Shoemon on his phone about Sakuya, so he'd asked Sakuya to deliver a "present" to GPO as a reward for keeping the world in peace however unknown to Sakuya it was a bomb that he was about to deliver. So Sakuya was about to open the box, but the treasure's ability has been used on Sakuya convincing him not to open the box until he reached GPO.

However thanks to Lupin Blue he saved Sakuya just in time and revealed the master as Pyodor. With his cover blown Pyodor battled the police, but with his beak now clogged Lupin Blue gained access to Pyodor's safe (which his password is 1-4-5) and got Le contrôle (which translate as "Control") Dragon Flute after that he was taken out by the thieves.

However thanks Goche Ru Medou he's been enlarged and battle the Patkaiser however he was destroyed by the bot. 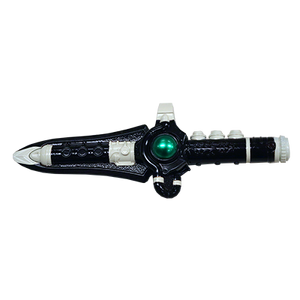 "Control/Le contrôle" Dagger Flute
Add a photo to this gallery

Retrieved from "https://villains.fandom.com/wiki/Pyodor?oldid=3469668"
Community content is available under CC-BY-SA unless otherwise noted.