Destroy the MI6 Agency.
Aid Spectre in their plans for global domination (all failed).

It is a mysterious criminal organization whose agents include Le Chiffre, Dominic Greene and Mr. White. In Spectre, it is revealed that Quantum is a subsidiary of Spectre, a terrorist organization operated by Ernst Stavro Blofeld.

Operating under the mantra, "We deal with the left and the right, dictators or liberators", the Quantum organization appears to be a New World Order power-cabal, composed of various plutocrats, wealthy technology magnates, and powerful members of the intelligence agencies of both the Western and former Eastern blocs (including the CIA, MI6, Mossad, and KGB).

Quantum is apolitical, primarily concerned with amassing more wealth and power through various schemes, ranging from serving as a third party source of funds for various terrorist groups, to illicitly buying up the rights to limited natural resources in third world countries (such as gaining a monopoly on the water supply of Bolivia). Quantum is capable of and willing to depose various dictators or legitimate governments to replace them with new heads of state that are more willing to pay off their organization. Quantum is not above conducting acts of terrorism directly, though these are for purely financial, and not political reasons, (i.e. Le Chiffre planned to blow up a commercial airline flight, simply in order to harm the airline industry and thus influence stock market trends in his favor).

The USSR counterintelligence organization SMERSH featured in the 1953 novel Casino Royale no longer existed by the time the 2006 film adaptation was being developed, so Bond producers developed Quantum in its stead. Quantum subsequently became the mastermind organization replacement for both SMERSH from the early novels and Spectre from the early years of the film series in the Daniel Craig continuity.

Le Chiffre was tasked by Mr. White to use Obanno's money to fund the sabotage of an aerospace company by destroying its latest prototype. To that end, Le Chiffre hired two terrorists (Mollaka Danso and Carlos Nikolic) to do the job, but they were both killed by James Bond. This failure of this mission drove Le Chiffre to earn the money back for Quantum by challenging against Bond in a poker game at Casino Royale without telling White and Obanno, not telling the former even after Obanno was killed by Bond.

Eventually, Bond wins the game, but this caused an angry and desperate Le Chiffre to resort to kidnapping Bond and torturing him. However, Mr. White soon learns about the incident and executed Le Chiffre for his failure before sparing Bond. As it turns out, Vesper was blackmailed into a deal in handing over the winnings to Mr. White in exchange for Bond's life, though Vesper ends up being drowned to her death while Mr. White escapes with the money. However, Bond manages to track down Mr. White and takes him into custody.

Immediately following the final scene of Casino Royale, Bond kills Mr. White's Quantum bodyguards in a car chase, and pulls White from the trunk of his car so he can be interrogated by M. But after Mr. White says "the first thing you should know about us is that we have people everywhere", it is revealed that Craig Mitchell, a senior MI6 agent present at the interrogation, is a Quantum mole. Though Bond eventually kills Mitchell, the distraction allows Mr. White to escape.

Bond investigates and pursues Dominic Greene, one of Quantum's top leaders. Greene plans to create a coup d'état in Bolivia, installing his associate General Medrano as the country's new dictator, in exchange for a seemingly barren piece of land on the Atacama desert, which will give Greene and Quantum complete control of the nation's water supply. The coup is thwarted just in time by Bond and Camille Montes of Bolivian Intelligence. Bond interrogates Greene and then abandons him in the middle of the desert; Greene is later found dead with two bullets in the back of his head, executed by Quantum for his failure.

By the end of the movie, Bond and MI6 have revealed the identities of three of Quantum's remaining leaders Guy Haines, Gregor Karakov, and Moishe Soref, thwarted their third plot to infiltrate Canadian intelligence and finally have one of its members Yusef Kabira in custody.

In Spectre, it is mentioned that Quantum and all of its related activity was created as a smoke and mirror tactic by Spectre. In a deleted scene, it is revealed that Quantum's main role was to act more as a figure head to protect the secrecy of its parent organization. 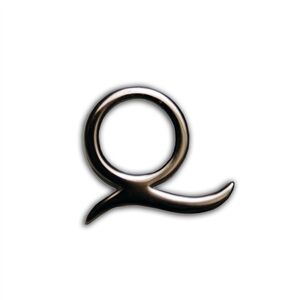 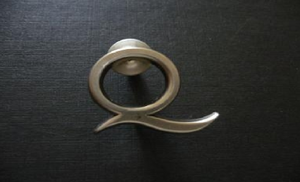