Ruling over their kingdoms.
Ruling the Second World with iron fists.

Take over the Second World to estabilish their supremacy.

Create a single Domain.
Wipe out all of the other Queens.
Unify the Spirit World.

Quasi-Spirits, or Almost-Spirits, are all-female beings that live in the neighboring world (Second World) after the Spirits left for other world (Real World). Unlike the true Spirits, they are stuck inside of the Second World and are forced to engage in constant civil war for domain and territory, leading to their world being under infinite state of war. Unlike a normal Spirit, they only possess a fragment of a Sephira Crystal and cannot use the total power of Angels.

They are the majority of the cast of Date A Live Fragment: Date A Bullet, with half of them being the antagonistic race. Their superiors, the Queens of their kingdoms, are known for their brutality and cruelty for waging universal wars in their world.

Like the original Spirits, Quasi-Spirits were once humans who became victims of Mio Takamiya in 3 decades turning humans into monsters to purify her Sephira Crystals. However, once they became monsters and were killed by Kurumi Tokisaki, who back then was called "ally of justice", they were sent to the Second World.

While living in the neighboring world, a Quasi-Spirits' existence is powered by their Sephira fragment as they were born in the real world. If their Sephirah Crystal is damaged or removed, the Quasi-Spirits will immediately begin to fade away in particles of light similar to their superiors, the true Spirits of Kabbalah tree. Additionally, the vast majority of Quasi-Spirits have portions of their memories of their old lives as humans in the other world unlike the Spirits that became 100% Spirits and lost all of their memories, with the exception of Natsumi and Miku Izayoi that stayed in the human world for a long period of time. However, the majority can't remember how they ended up lost in the neighboring world to begin with.

When the true Spirits leave the neighboring world to the real world (causing the so-called Spacequake on the other side), each of the ten regions (kingdoms and empires) of the neighboring world came to be under the rule of a Quasi-Spirit to keep order and law before their world could collapse. As the leader, who calls themselves are queens or empress, the kingdom stands on the top of the hierarchy of the region and determines how Sephira fragments are distributed in that region.

Due to their ruling over their respective territories with an iron-fist, the secondary heroine, Empty, has noted that traveling in-between regions has now become much more difficult than it has before in the past, resulting in racism and hatred towards Quasi-Spirits from other regions.

Following the rise of the Queens, the Quasi-Spirits were given a genus that is determined by the type of their fragment out of the ten Sephira Crystals by the Queens and her most important ministers and allies. Unlike the Sephira Crystals, they can only a mere single part of their power. 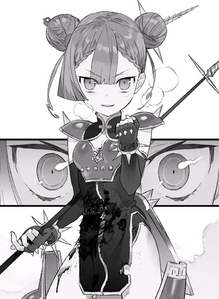 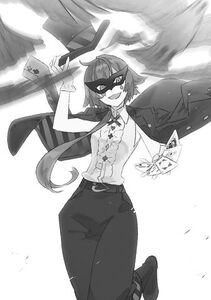 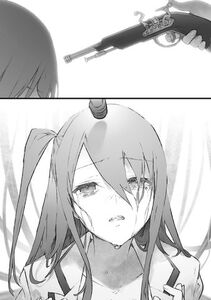 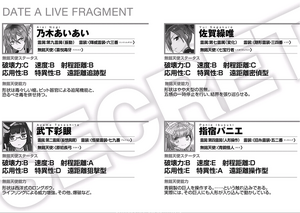 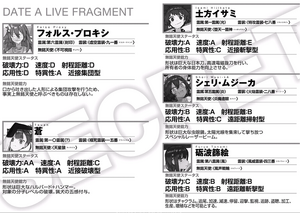 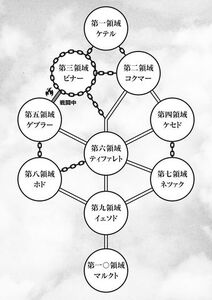 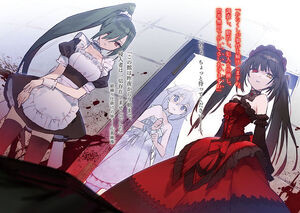 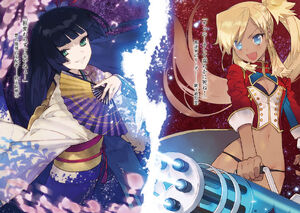 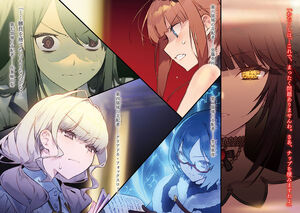 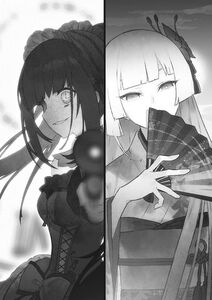