Barbie as The Island Princess

To take over Apollonia through Luciana's marriage with Antonio

Banish Rosella and her animal friends (both failed)

Villainous Queen
Queen Ariana is the main antagonist in Barbie as The Island Princess.

She was voiced by Andrea Martin, who also voices Ms. Fowl from Jimmy Neutron, and Mrs. Carbunkle in Frosty Returns.

A queen from a neighboring kingdom, Queen Ariana, wants her daughter Luciana to marry Antonio even though Luciana doesn't love him, and later befriends Ro. However, Ariana is determined to keep Ro and Antonio, whose feelings for each other are growing, away from each other; she wants to kill Antonio's family and take over Apollonia. Her plan is revenge for her parents who were banished from the kingdom and made into pig farmers for attempting to murder the King and Queen years before.

Ro tries to make King Peter and Queen Ariana happy, but Ariana ruins everything. Ro feels as though she should return to her island, but she wants to find out where she comes from, and she also loves Antonio, so she decides not to leave. However, Antonio and Luciana are to have an engagement party. Even so, Tallulah, Tika, Sagi and Azul make Ro a gown to wear and Ro dances with Prince Antonio at the ball. He tells her he loves her but Ro leaves after reminding him he is marrying Princess Luciana.

Antonio writes a note to Ro that he wants to run away with her, but Tika wants Ro to herself and hides the notes. Meanwhile, Ariana makes her three rats poison the animals in the kingdom with "sunset herb", a sleeping herb, so she can blame it on Ro. Ro is blamed and her and her animal friends are imprisoned. Azul eats some of the sunset herb while in prison and falls asleep. Antonio begs for Ro to be free, but King Peter tells Antonio he'll only free Ro if he marries Luciana. He agrees.

Ro is free but gets banished from Apollonia and starts to go back to her island. Tika tells her she hid Antonio's note but Ro forgives her. However, the group are in trouble because Ariana made a man sabotage their boat. Ro nearly drowns and while Sagi calls her, Ro gets some of her memory back: She hears a man calling her "Rosella". Tika nearly drowns too but Ro calls some dolphins to help everyone. Back in Apollonia, the wedding has begun. Ariana put sunset herb in the wedding cake but Ro went back to the royal apothecary so she could make an antidote. Sagi takes some of the antidoes to Tallulah, who was poisoned. The group are caught by guards: Ro is taken to the dungeon again but Tika saves Sagi as one goes after him.

Everyone at the wedding can hear noise from Tika so everyone goes to the greenhouse. Antonio is happy to see Ro again but King Peter demands she be imprisoned again. Ro tries to explain but Tallulah is real evidence that her antidote will work, as she is well again. Ro tells everyone about Ariana's plans and Luciana agrees. Ariana denies the claims but Ro tells her to eat some cake; she can't because she put sunset herb in it. Even Luciana says that Ariana told her not to eat any cake. When her mice Nat, Pat and Mat pass out after eating the cake, Ariana makes a run for it but is stopped by Tika and Ro when she falls into a pig pen, reflecting how she and her parents were made into pig farmers. She was later banished, but Luciana is free to stay. 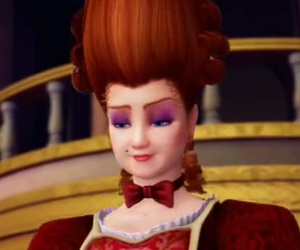 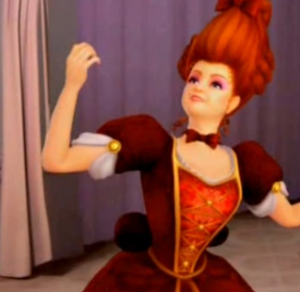 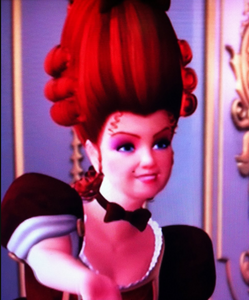 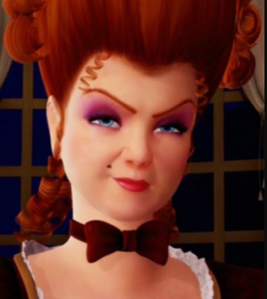 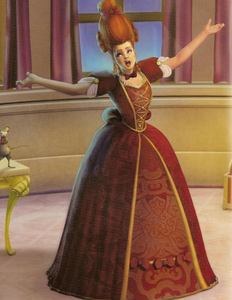 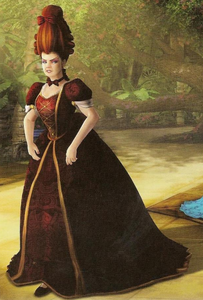 Retrieved from "https://villains.fandom.com/wiki/Queen_Ariana?oldid=4279355"
Community content is available under CC-BY-SA unless otherwise noted.