A Troll in Central Park

Queen of the Trolls

Turning anything into stone.

Causing mischief and misery.
Being mean.

Queen Gnorga, also simply known as Gnorga, is the main antagonist in Don Bluth's 7th animated feature film A Troll in Central Park. She is the evil and tyrannical queen of the trolls in Troll World and the self-proclaimed "Queen of Mean", who enjoys suffering and nasty things, and she hates flowers and anything beautiful. Her enchanted black thumb can turn people and things into stone. She also has her husband named King Llort.

She was voiced by the late Cloris Leachman, who also played Hydia in the 1986 film My Little Pony: The Movie, Nurse Diesel in high anxiety and Ida Kenzel in Malcolm in the Middle.

At the beginning of the film, after her royal guards captured a happy, empathetic, and flower-loving troll named Stanley, Queen Gnorga and her husband came to the royal courts, which she usually presides over and ordered a punishment for Stanley. Originally, Stanley was sentenced to be turned into stone, but Llort convinces his wife to banish him to a place where there are supposedly "no flowers". Gnorga agreed and banished the troll from their kingdom to the human world.

Later, Gnorga finds out that the world where she banished Stanley to was filled with flowers and blamed her husband, calling him a moron. Gnorga then took matters into her own hands and forces Llort to come with her to the human world to take care of the problem.

Near the end of the film, Gnorga finally manages to turn Stanley into a stone statue by forcing a boy named Gus (whom Gnorga turned into a troll) to put his magic thumb on Stanley. Despite having done the deed, Stanley's magic start to catch up following Gnorga previously losing to a thumb war with Stanley, causing Gnorga to transform into a rosebush as retribution, much to her shock and discomfort. With her magic undone, she, Llort and their pet dog, are drawn into her own tornado transported back to Troll World in shame, and Gus is turned back into a human to would revive Stanley with a temporary green thumb. Gnorga presumably remains a rosebush, though it is noticeably doubtful that she was killed - at any rate, she would have been most displeased, as her hatred of flowers was so intense and excessive that she would literally banish any troll that dared plant any in her realm.

As the queen of the trolls, Gnorga also had access to magic that allowed her to spy on the human world and she had a fondness for children crying - the sound of which was completely sufficient to attract her attention even from her distant realm.

Gnorga is the oppressive, dictatorial, totalitarian, uncompromising and mean-spirited queen of the trolls. She is heinous, nasty, discourteous, prideful, manipulative and ill-tempered, so she has the power to turn living things into stone. She wants to turn Stanley into stone, but Llort would prefer to exile the good-natured and supportive troll to a place "rock and steel" and "nothing grows" which is Central Park in New York City. As Gnorga finds out that Stanley's punishment is too soft, she decides to take matters in her own wicked hands to finish Stanley herself. She is also very crotchety, quarrelsome, opprobrious, abrasive, offensive and vituperative towards Llort and others. 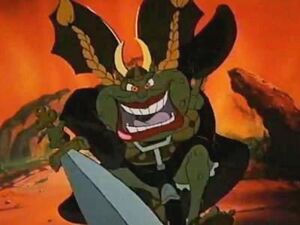 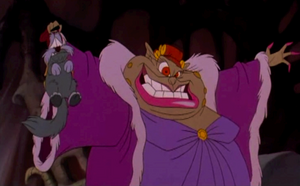 Gnorga with her hair makeup. 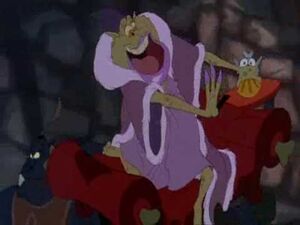 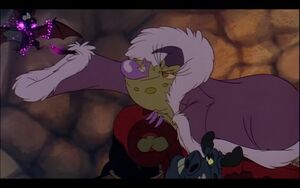 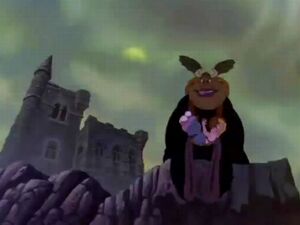 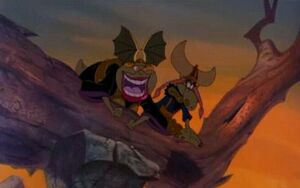 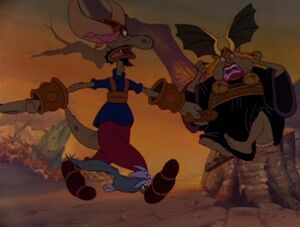 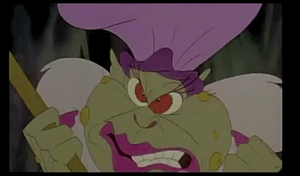 Gnorga is furious that she found out that Stanley is still alive. 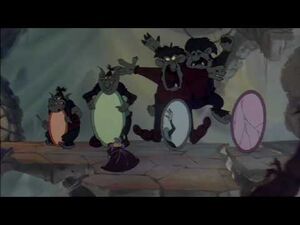 Gnorga, the queen of mean - Cloris Leachman - A Troll in Central Park HD