Queen Juliana, also simply known as Juliana, is the secondary antagonist of Ralph Bakshi's 1983 animated film Fire and Ice. She is Nekron's mother.

She was voiced by the late Susan Tyrrell, who also played Queen Doris in Forbidden Zone.

At the end of the last Ice Age, a young witch named Juliana seized control of the icy northern part of the world. Her ultimate goal was the complete domination of humanity, and to this end, she gathered an army of primitive Sub-humans and bore a son she named Nekron, and raised him as a master of sorcery and the occult.

When Nekron came of age, the two conquered Icepeak, and from this stronghold, Nekron commanded the massive glaciers to destroy everything between them and their ultimate goal: Firekeep, ruled by the wise and powerful King Jarol.

When words fail, they resort to kidnapping Jarol's daughter Teegra, whom Juliana plans to wed to Nekron in order to produce legitimate heirs to what she believes will be an eternal dynasty over the whole of the human race. Teegra, however, escapes and accidentally joins with Larn and the mysterious warrior Darkwolf. 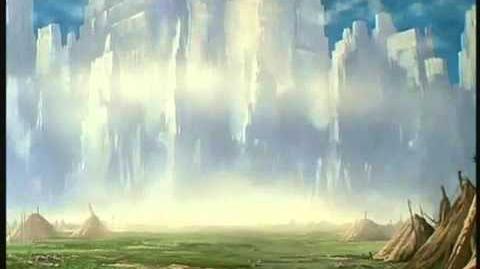 Retrieved from "https://villains.fandom.com/wiki/Queen_Juliana?oldid=4285021"
Community content is available under CC-BY-SA unless otherwise noted.