She is a evil and ruthless queen who tries to conquer Blue Sky Kingdom and send the generals to attack the earth. She has no interest of love and relationship and makes everything suffer and despair.

To say that Queen Mirage doesn't have a Lovely appearance would be untrue. She has light yellow hair and wears a dress with a black and white tuxedo-like top and a pale blue skirt. She has gray butterfly wings on her back and wears long black boots and gloves with purple bangles. She wears a black ribbon on her hair and her eyes are red with a purple tear-like marking below the left eye. She also wears a black choker with a purple gem. Her weapon is a staff.

As a shrine maiden, she wears yukana and has black hair.

Queen Mirage, along with her army appears for a minor role in episode 1, however with Queen Mirage declaring that she has started to conquer.

Before she became evil

In episode 13, it was revealed that she was once in love with Blue and looked drastically different from what she looks like now, but something happened that caused her to become Queen Mirage and reject all love in her life.

She uses the staff as a weapon, but its power is unknown. 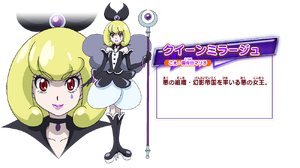 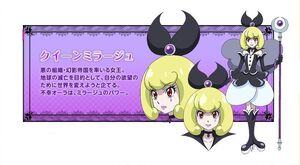 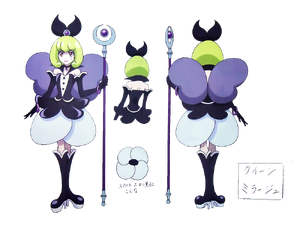 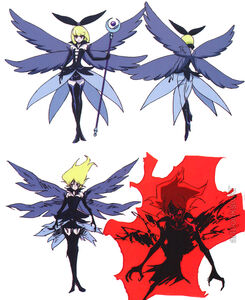 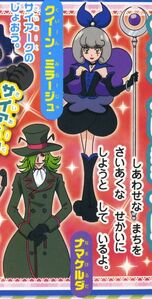 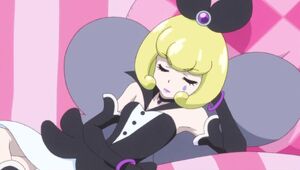 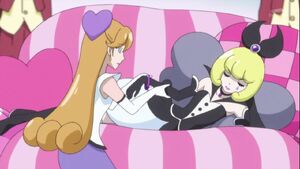 Queen Mirage receiving a massage from her assistant 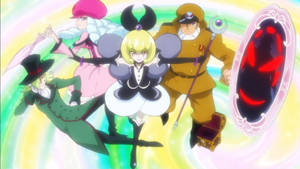 Queen Mirage with other villains 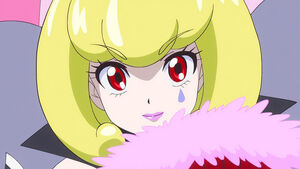 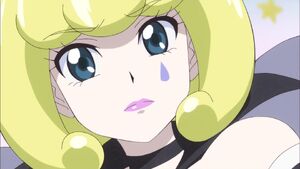 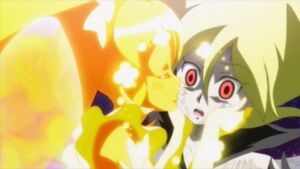 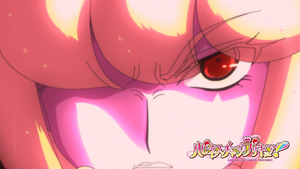 Mirage in episode 43
Add a photo to this gallery

Retrieved from "https://villains.fandom.com/wiki/Queen_Mirage?oldid=3730552"
Community content is available under CC-BY-SA unless otherwise noted.