The Queen of the Black Puddle

Seducing victims and then eating them.

Kidnap Eustace Bagge and eat him.

The Queen of the Black Puddle is an antagonist in Courage the Cowardly Dog. She is a powerful and deceitful siren who is the queen of a secret and eerie underwater kingdom behind the strange all-black watery liquid called the Black Puddle. She also has a scary, hypnotic voice.

She was voiced by an uncredited Susanne Blakeslee.

The cryptic Queen of the Black Puddle tried to seduce Eustace Bagge into going down into the titular puddle and into her shadowy domain. She later takes him, and Courage goes to reluctantly save him (for Muriel, of course). It was revealed that she was a hideous monster known as a Siren who eats the flesh of any men who follow her back to her castle within her hidden kingdom.

Courage later gets Eustace and enters in the Bagge's living room through Muriel's tears. He later dries up the puddle, thus trapping her. She also appears as a dog before Courage at the end.

She later appears in the episode "Ball of Revenge" where Eustace called together Courage's previous enemies, and conspires with them to kill the dog. She is also a player in the dodge ball game. She later prepares to kill Courage by using a missile in a conchshell. Luckily, Muriel asks about Courage's "talent" and he screams so loud, that a chasm formed, and she and the other villains presumably fall to their deaths, but it is unknown if they survived. It is assumed that the Queen of the Black Puddle will never be seen again. 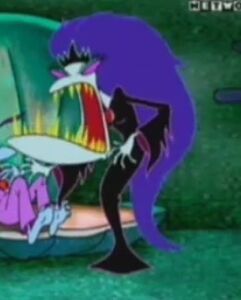 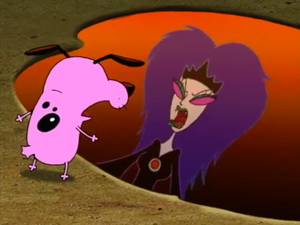 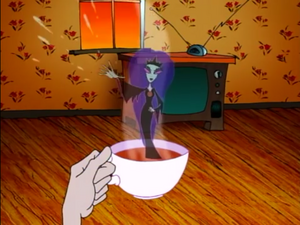 The Queen in Eustace's tea 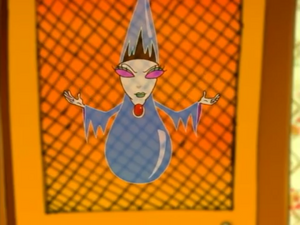 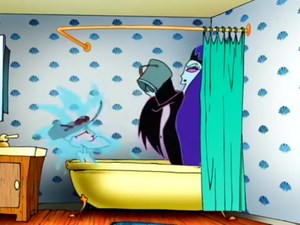 The Queen throwing a bucket of water on Eustace 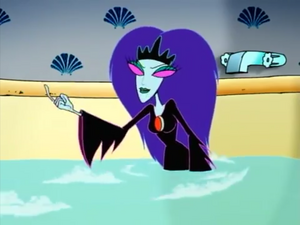 The Black Puddle Queen telling Eustace to come with her 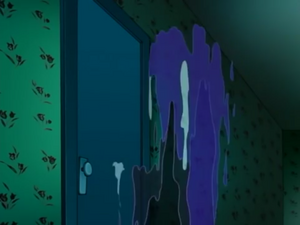 The Queen transforming into water 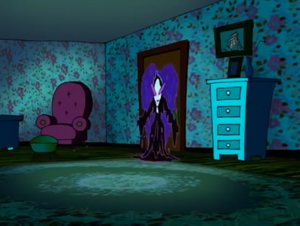 The Queen regaining her humanoid form 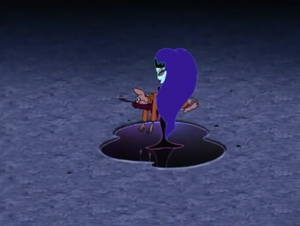 The Black Puddle Queen taking Eustace back to her underwater lair 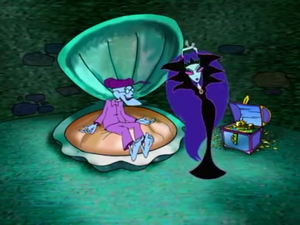 The Queen dancing seductively in a ritual 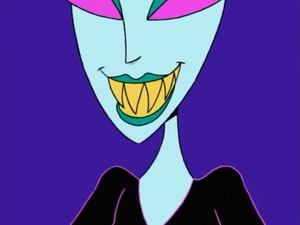 The Queen in her monster form attacking Courage 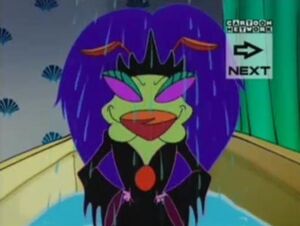 The Queen of the Black Puddle in her canine form 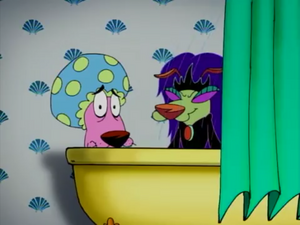 The Black Puddle Queen's canine form with Courage
Courage the cowardly dog wallpaper by blacnarf-d61ye7i.png
Add a photo to this gallery

Retrieved from "https://villains.fandom.com/wiki/Queen_of_the_Black_Puddle?oldid=3636335"
Community content is available under CC-BY-SA unless otherwise noted.