Make a lot of money for his oil company

Dispose of Lieutenant Frank Drebin for interfering with his plans

Quentin Hapsburg is the main antagonist in the 1991 film The Naked Gun 2 1/2: The Smell of Fear.

He was portrayed by the late Robert Goulet.

Quentin Hapsburg owns oil company called Hexagon Oil, who wants to make money in new energy source. He kidnapped Dr. Albert Meinheimer who is an advocate of renewable energy in his institute for the President George H.W. Bush that he was speaking for. He used an impostor Earl Hacker who looks like Meinheimer who will recommend Nuclear Energy and Fossil Fuel for the president. To make his company richer and get the government money for it.

He figured out Lt Frank Drebin from Police Squad is tracking him down and ordered his henchman Hector Savage to eliminate him, though this failed. Hapsburg still went along with his plan - his real M.O. is to destroy press club where Meinheimer is presenting the speech and him and his impostor will leave the helipad with his small nuclear explosive.

This will make Meinheimer the mastermind who destroyed the press club and the kill the president and the first lady. This will make Hapsburg the hero and the government with a new president to give him the government contracts of his new energy business. Until Lt Frank Drebin found out his plan and shut down his plans and operations on time. Before Drebin dismantled the bomb, he asked Hapsburg for the abort codes but Hapsburg was thrown out of the window by Ed before he could reveal the information. He survived the fall and begins casually walk away, only for a lion to pounce on Hapsburg and devourers him on the spot (A mishap involving Drebin and a tank resulted in zoo animals escaping). 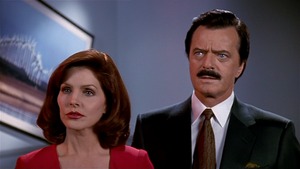 Hapsburg being introduced to Lieutenant Frank Drebin by Jane Spencer 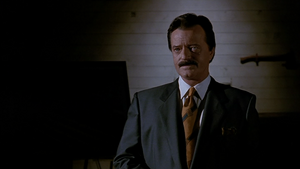 Hapsburg revealing himself as the mastermind behind an evil conspiracy 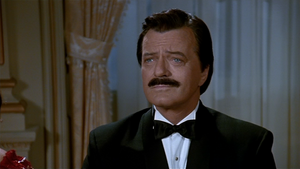 Hapsburg being interrogated by Drebin at his table 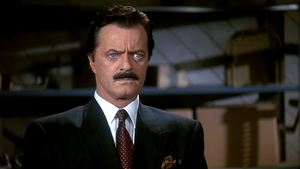 Hapsburg confronting a captured Drebin before planning to kill him 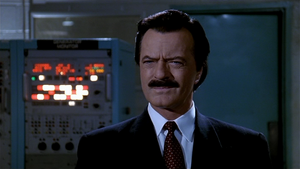 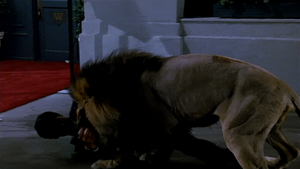 Hapsburg being devoured by an escaped lion.
Add a photo to this gallery
Retrieved from "https://villains.fandom.com/wiki/Quentin_Hapsburg?oldid=3551945"
Community content is available under CC-BY-SA unless otherwise noted.