Quetzalcoatl is a flying feathered supernatural monster and an antagonist in The Real Ghostbusters cartoon series.

Once worshipped by the Mexican, Aztec, Toltec, and Mayan cultures for centuries, this creature said to be a supreme deity sent by another, yet superior divinity, to conquer Earth. Quetzalcoatl often manifests in the form of a giant feathered serpent.

During their expedition, the Ghostbusters, Slimer, and Peter Venkman's father Jim, with the aid of the Ghostbuster device P.K.E. Meter, finally found the gold statue called the Treasure of Sierra Tamale, which said to be worth millions of dollars to whoever finds it before it would be placed in the ownership of Mexico. Upon trying to cut it loose, the statue came to life and was revealed to be Quetzalcoatl whose presence was the source of the readings on the artifact detected by the P.K.E. Meter.

Dr. Egon Spengler realized its only weakness was extreme temperature since serpents were known to be cold-blooded. So there would be a chance Quetzalcoatl is too. He gathered the four Proton Packs and created a feedback loop, like the SCEP-TECH if overloaded, and the controlled psychomagnetheric vacuum which lowers the ambient temperature to freeze. Quetzalcoatl became frozen in place allowing the team to flee the creature's temple. Egon deduced when the ice melted, Quetzalcoatl would simply return to its hibernation. 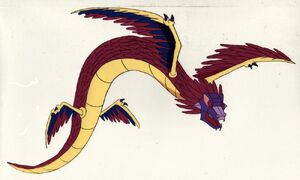 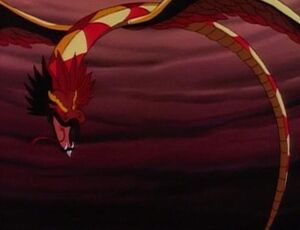 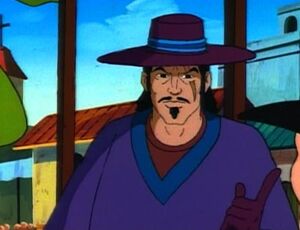 Paco in his human form. 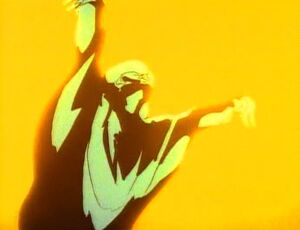 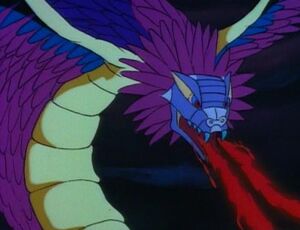 Paco in his true form as a Quoatle.