Being with his family.

Manipulate the Scarlet Witch on a path so as to create a semi-perfect world in which every single superhuman being whether it is Spider-Man or Wolverine living peacefully and happily (succeeded).

Pietro Django Maximoff, better known as Quicksilver, is a fictional character and villain-turned-hero from Marvel's X-Men comics and media. Originally serving Magneto as a member of his Brotherhood of Evil Mutants, along with his twin-sister the Scarlet Witch, Quicksilver and his sister eventually abandoned the Brotherhood and sought out new lives as heroes by joining the Avengers. Quicksilver's vicious temper, arrogance, and mental instability have resulted in him acting as both "hero" and "villain" multiple times during his life.

Quicksilver is the biological son of Magneto and the twin brother of Scarlet Witch in the Ultimate comics. For most of his life, Quicksilver knew nothing of his father, because his mother, Magda, fled from Magneto after he killed a mob of people with his powers. However, like his father, Quicksilver became resentful of humans. He was a member of his father's original Brotherhood of Evil Mutants, although at the time neither he nor his sister knew of their paternity, nor did Magneto know he was their father.

After extensive therapy from Doctor Strange and Professor Xavier failed to cure Scarlet Witch's mental illness, and with her powers still out of control, the Avengers and X-Men met to determine her fate. Pietro found out about the meeting and to warn Magneto of the heroes' plans. When he found that even Magneto himself was considering this option, having failed to save his daughter, Pietro told her to use her connection to Professor Xavier and her now immense powers to create the perfect world. Scarlet Witch agreed, and used her powers to alter reality, creating a world where mutants were the majority and where her father Magneto was ruler of the world. Some heroes retained their memories of what the true world was supposed to be however, and Scarlet Witch's "perfect world" quickly proved to have many flaws.

The heroes eventually recovered their memories and attacked Magneto, believing him to be responsible. After restoring his memories of the real world, they found out that Pietro was the one that had instructed Scarlet Witch to create this world, and a furious Magneto killed his son in a rage. A horrified Scarlet Witch brought her brother back to life, and finally snapped, declaring that even when he had everything he wanted, her father was still an awful man, and that he cared more about mutants than his own children. To punish him, Scalet Witch used her powers and declared "No More Mutants", erasing the mutant genome after restoring reality, with only a handful of mutants retaining their powers.

Quicksilver is a mutant born with the ability to move, react, and think at superhuman speeds. He is able to reach Mach 5, and can run up walls and across water. At one point he was exposed to the mystic Terrigen Mists and was granted even more power, able to run faster than time and could go into the near future. 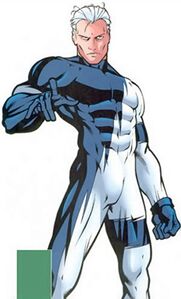 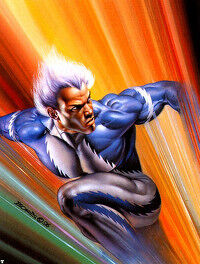 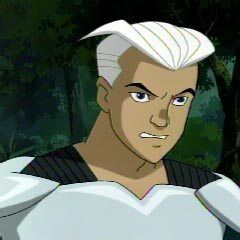 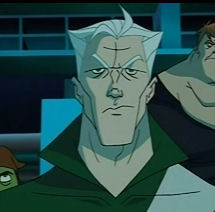 Quicksilver in Wolverine & the X-Men. 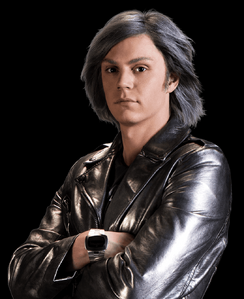 Quicksilver in X-Men: Days of Future Past. 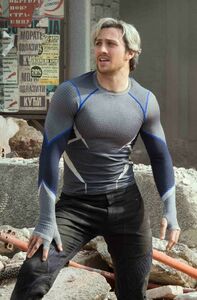 Quicksilver in Avengers: Age of Ultron. 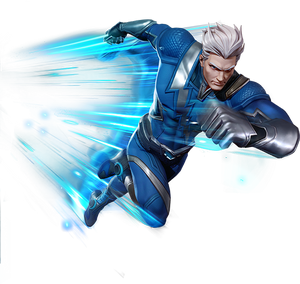