Leader of the Human Empire in Underworld

Gaining power with her authority.

She is voiced by Maaya Sakamoto, who is also notable for her various roles as Ciel Phantomhive, Crona, Rikako Oryou, Eto Yoshimura, Agria, Akito Sohma and Jeanne Alter in the Japanese version and Maureen Price in the English version.

Quinella is an above all sadistic, callous and narcissistic tyrant who is not above killing, torturing, and brainwashing anyone to keep Underworld for herself.

Fear of losing her own power and lifespan, Quinella takes control over the entire Human Empire of Underworld as its ruler to keep herself in charge. She spends most of her time asleep in order to preserve precious memory space, but the laws she placed over the land and its people might as well be God-given edicts to follow consciously or subconsciously given her Cardinal Authority and are enforced by her Integrity Knights. In the backstory, while she fused with the Cardinal System to regulate UW, her original intention was to outright steal its powers and authority for herself.

While she claims that turning the people of Underworld (including her Knights) into sword golems is for their own safety, as well as fighting for their own loved ones, it is clear by her actions that she is nothing but a narcissistic control freak who's no better than any of the other psychopaths Kirito has faced, like Nobuyuki Sugou or Laughing Coffin.

Being a narcissistic sociopath and a selfish woman, Quinella only wants to control everything in her reach, killing and torturing anyone who dares to challenge her or "her" empire, which is full of so much of decadance that both Kirito and Cardinal believed that the Underworld would be better if it was destroyed instead of being oppressed under Quinella's iron fist.

350 years before Kirito entered the Underworld, Quinella was born after a proposed political marriage between two of the families that took charge of the Underworld, one of them bore malice and desire. Spending her childhood under her dark family education, Quinella was given the sacred task of studying the Sacred Arts. Soon, she learned that by killing others, one's stats could be raised, so every night she snuck out and killed the animals of the forest, which would respawn everyday anyway. She raised her stats to a ridiculously high level and decided to take control over the Underworld.

Fooling people into believing she was a goddess, Quinella created the Axiom Church and became the supreme ruler of the Underworld, making laws to control the people. She studied the Sacred Arts intensely, trying to find a way to transcend the limit of that world, the «Life» of that world.

Years had passed and Quinella gradually fell old and frail due to her age. Refused to succubb to death, Quinella dound the System Control Authority command on the brink of death and immediately uses it to heal herself, restoring her beauty and «Life» to her former appearance as a youth. After restoring her youth, Quinella rechristened herself as "Administator" and self-proclaimed to be the representive of the Underworld's supreme authority.

At the end of a gruelling battle with Alice, Eugeo, and Kirito, Quinella suffered fatal injuries, and thus decided to preserve herself by leaving to the real world earlier than planned. With awkward steps, she reached the hidden console for communicating with the real world. After Quinella operated the keyboard to begin the procedure, a pillar of light appeared from beneath her feet and her body began rising. Just as she was about to finish her farewell to Kirito, she was shocked by the sudden intervention of Chudelkin, who set his body ablaze to reach her. With Quinella embraced by Chudelkin, the two were soon engulfed by the flame and perished. 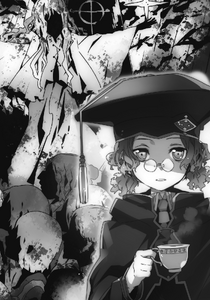 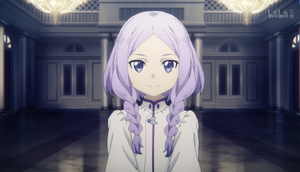 Quinella as a child. 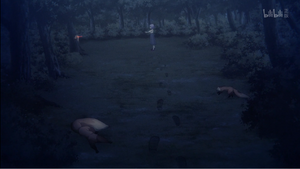 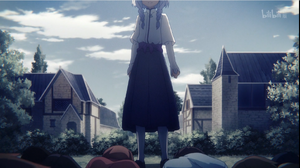 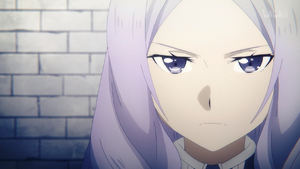 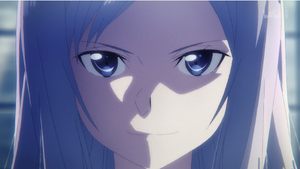 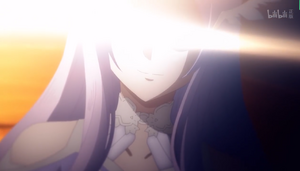 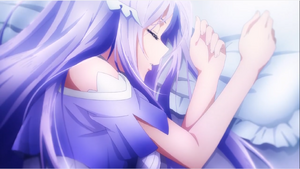 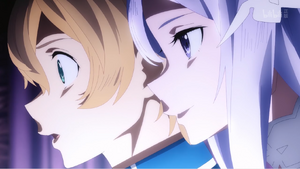 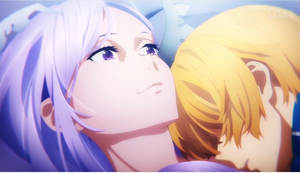 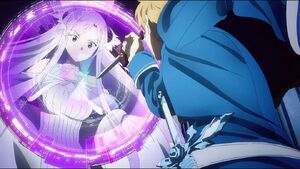 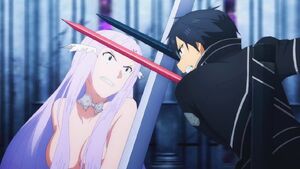 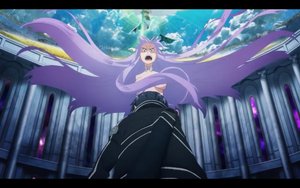