Spending time with Harley and Kite Man.
Taking care of her plants.

Protect plant life and the environment from extermination.

Lord Quitela (by his servants)

God of Destruction of Universe 4

Spying on other universes.

Win the Tournament of Power.

Quitela (in Japanese: キ テ ラ, Kitera) is the person who holds the position of God of Destruction in Universe 4. He is the arch-nemesis of Beerus and is the most sadistic and vile out of all the Gods of Destruction. He appears as a major antagonist in the Universe Survival Saga of Dragon Ball Super.

He was voiced by Yūsuke Numata in the Japanese version, and Meli Grant in the English dubbed version.

Quitela appeared at first in the Zen Exhibition Match to observe the rounds between Universe 7 and Universe 9. Once the match is over, Quitela receives a call from Champa, who tells him that the Supreme Kais held a meeting about the Tournament of Power, and tells the Gods of Destruction not to do any funny business. Quitela responds by saying that since Zen-Oh was watching, they would be erased if they tried something so foolish. However, after the exhibition match, Quitela sends Ganos to spy on Universe 7. Ganos returns and reveals that Team Universe 7 plans to bring a very powerful fighter onto the team. Quitela then sends a telepathic message to Sidra and tricks him into sending assassins to eliminate Frieza, which would thus make him get off scotch free if caught, and cause Sidra to get eliminated if caught.

Soon after the assassins failure to kill Frieza, the teams are sent to the World of Void, where Quitela waits alongside his team. Just before the Tournament of Power begins, Quitela mocks the fact that Beerus, of all people, would suggest the use of teamwork much to Beerus' annoyance. After Nink fails to eliminate Goku and is eliminated himself, Quitela angrily berates him.

Quitela watched the erasure of Universe 9, but unike the other fighters and Gods of Destruction, Quitela did not show any concern for the universe, instead smiling and focusing on winning the tournament. Later on in the battle, when Shosa plays dead and surprises Android 18, Quitela calls him wild and loudly cheers him on. After Shosa and later Majora are eliminated, Quitela once again gets frustrated and annoyed, hitting them on the head and berating them for their pathetic eliminations.

Quitela watched in shock and horror as Master Roshi used the Evil Containment Wave against Dercori, trapping her in the jar and throwing her out of the ring. As Beerus was cheering Master Roshi for knocking her out, Quitela calls out that Master Roshi cheated for having to use an item. Beerus objects to Quitela's claim, and they begin walking towards each other as they yell and argue at one another, until the Zen-Ohs cut their argument in a dark tone and says the move is safe. The two gods silently and obediently respond in agreement, and sit back down with their teams.  Quitela observes the fight between Ganos and Master Roshi, but is determined in his belief that Ganos would win because of his youth and evergrowing power.  When Ganos is knocked out of the ring, Quitela is visibly shocked that one of Universe 4's key players was knocked out, slightly worrying about the fate of Universe 4 as well.

When Beerus realizes there were only 4 of Universe 4's warriors accounted for, Quitela smiles at the fact that Beerus is worried about his two unknown fighters. He also appears to be entertained by the fact that Goku was able to reach Ultra Instinct, whereas the other gods were incredibly shocked.

Although Quitela and the rest of Universe 4 were erased after losing the tournament of power, Android 17 revived them and all the other erased gods, fighters, and universes with the Super Dragon Balls.

Quitela is a small yellow anthropomorphic mouse with large round ears, a thin tail, and a black outline around his eyes. He wears a green striped variation of the typical God of Destruction attire.

Quitela is a rather lazy, indolent, and self-centered god who hardly trains or perform his duties and he seems more interested in playing video games, eating junk food, making fun of people and tormenting the other gods (especially Beerus). Quitela is also very vain and manipulative, as he is willing to use questionable methods or any means necessary to come on top of the competition, as well as having statues with his likeness all around his room. He also seems to be strongly hateful and unpleasant towards Universe 7's God of Destruction, Beerus and is often conspiring against him, coming up with several schemes to hinder or outright eliminate him before the Tournament of Power. He is quite intelligent and sneaky, as he tricked Sidra into sending assassins to eliminate Frieza, setting them up to take the blame instead of him. He also seems to be on good terms with his Supreme Kai, Kuru. Quitela tends to do a "Kekeke" laugh whenever he speaks.

Unlike most of the deities who were stunned and horrified by the Zen-Ohs' erasure of Universe 9, Quitela was instead unfazed and rather amused. However, he was scared by a glare from the two versions of Zen-Oh which marked the first time he was shown to possess fear. Quitela is also extremely selfish and remorseless as he enjoys seeing his fellow gods and their universes getting erased by Zen-Oh and he seems to value only himself and his universe rather than all the others, showing he has no compassion for anyone but himself. However, when Quitela was about to be erased, he showed his true colors: a dirty coward and sore loser who refuses to accept his team's defeat. He is so egotistical and uncaring, that he vowed to take everyone down with him using his power, but was erased before he got the chance. 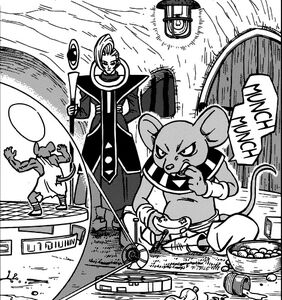 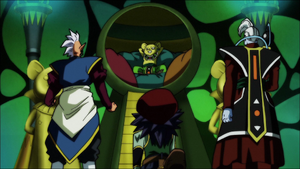 Quitela in his throne room. 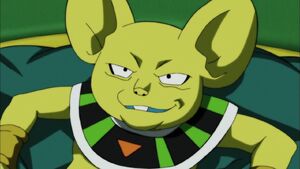 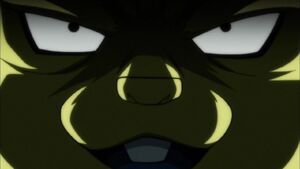 Quitela plotting to destroy Beerus and his universe. 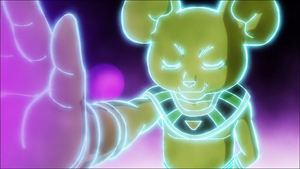 Quitela contacting Sidra and communicates with him. 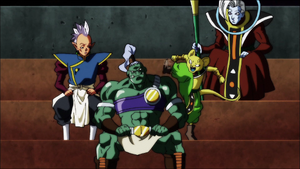 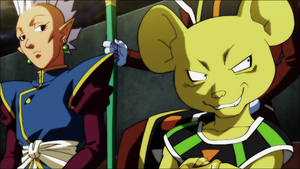 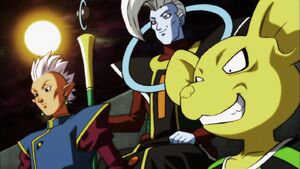 Quitela amused by Universe 10 getting erased. 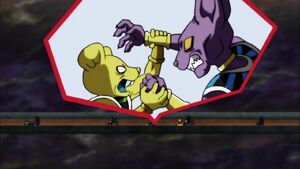 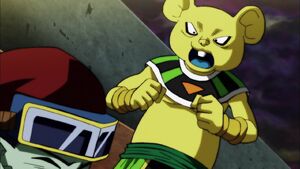 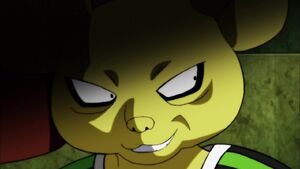 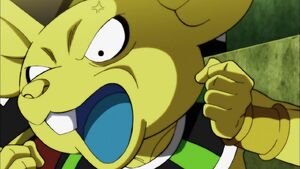 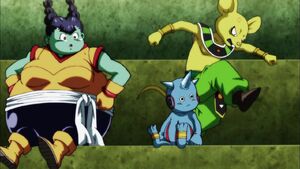 Quitela attempting to stomp on Damon for losing. 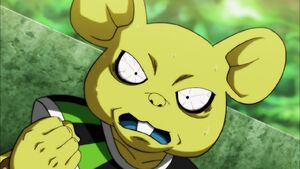 Quitela threatening to take everyone down with him for losing the tournament. 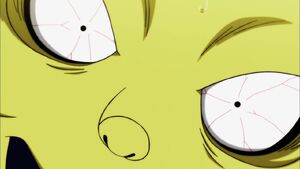 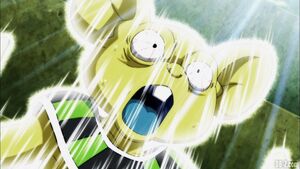 Quitela about to be erased.