NOTE: This page was an incarnation of Ra's al Ghul and Henri Ducard from Christopher Nolan's trilogy. The mainstream versions can be found here and here.

Founder and Leader of the League of Shadows

Leading the League of Shadows.

Use a mechanical microwave in order to destroy Gotham City and other corrupted places like it in the world.

Bring Batman/Bruce Wayne to his side or kill him (all failed).

He was a terrorist mastermind who originally founded the League of Shadows with the purpose of jeopardizing Gotham City, thereby effectively destroying the city as he believes it to be beyond saving. He is also the father of Talia Al Ghul as well as the former mentor of Bruce Wayne, whose interaction with Ra's effectively led him into becoming "the Batman".

He was portrayed by Liam Neeson, who also played Norvirus Raccoon in The Nut Job, Clinch Leatherwood in A Million Ways to Die in the West, Harry Rawlings in Widows, Phango in Khumba, Bad Cop in The Lego Movie franchise, High-T in Men In Black: International and himself in Family Guy. As a younger man, he was played by Josh Pence.

Ra's al Ghul first met Bruce Wayne in a Bhutanese prison under the name of Henri Ducard who offered Bruce a chance to become a member of the League of Shadows. Bruce agreed and Ra's told him to find a rare blue flower outside the prison and bring it to his lair on top of a mountain. Bruce did, found the lair, and met the imposter Ra's al Ghul. Bruce told Ducard everything: his parent's death, his fear of bats, and the events prior to his imprisonment. Ducard taught him to fight with a sword, hand-to-hand combat, etc. Bruce succeeded in Ra's tests and was sworn into the League. Bruce's final test was to execute a murderer, but he refused and Ducard and the decoy Ra's revealed that they planned to attack Gotham City and destroy it. Bruce then set the lair on fire, killed the decoy Ra's, and brought Ducard to a village to have him recuperate.

Many months later, Bruce became Batman and slowly brought hope back to Gotham. He learned that Dr. Jonathan Crane (the Scarecrow) was using his tear toxin on his patients and dumping it into the water supply. Scarecrow told Batman that he was working for Ra's al Ghul, but Batman didn't believe him as he saw the decoy get killed. Later that night, Ducard crashed Bruce's birthday party and revealed himself as the real Ra's al Ghul. He revealed that Scarecrow took the toxin from the blue flowers near his lair and was able to weaponize it and make people see their worst fears. Ra's master plan was to destroy Gotham with biological warfare and make the citizens kill each other out of fear. Ra's then went on and said that the League of Shadows have been around for centuries and were behind historical ecological disasters including the sacking of Rome, the Bubonic Plague, and the London Fire; and they believed what they did for the sake of the environment. Ra's then knocked out Bruce and set Wayne Manor on fire.

Ra's then went to the Narrows and freed all of the inmates from Arkham Asylum. He then took the microwave emitter that he stole from Wayne Enterprises and released the Fear Toxin throughout the Narrows. Batman then arrives whom Ra's admired for using the League's tactic of theatricality and deception. Ra's unleashed a few of his soldiers on Batman to occupy him while he put the emitter on the monorail and set course for Wayne Tower where the emitter would cause a chain reaction and cover the whole city in the poison. Batman gives Sergeant Gordon the Batmobile while he got on the monorail and took on Ra's. Ra's got an advantage as Bruce fought the same way, but Batman got the upper hand. The fight was a ruse; Gordon destroyed the monorail track, and Batman jammed the brake switch to prevent the train from stopping. Batman then prepared to strike Ra's down who welcomed it, but Batman refused to kill his old mentor. However, he also chose not to help Ra's, remarking: "I won't kill you, but I don't have to save you".

Batman then blew open the train's door and escaped while Ra's fell to his death: the train derailed and crashed into the Wayne Tower Parking Lot and the impact of the crash caused the emitter to explode; which killed Ra's al Ghul.

Eight years after the events of The Dark Knight, a new enemy attacked Gotham: Bane. Bruce was told that Bane was once a member of the League of Shadows, but he was excommunicated by Ra's al Ghul. Bruce decided to come out of hiding and confront Bane as Batman. Batman asserted that Bane had nothing to do with the League, but Bane retorted that he was the League and that he was there to fulfill Ra's al Ghul's mission. Bane proved too much for Batman and he broke his back, stole his entire weaponry arsenal, and brought him to Bane's former home: The Pit. There, Bruce learned of Ra's al Ghul's past family drama.

Thirty years before the events of Batman Begins, Henri Ducard was a mercenary who served a warlord in Northern Africa. He fell in love with the warlord's daughter and they married in secret. When the warlord learned of the marriage, he sentenced Ducard to the Pit. But unbeknownst to Ducard, the warlord's daughter offered to take his place in the pit and have Ducard exiled. The warlord agreed. The daughter was imprisoned in the pit and was also with a child: his daughter, Talia. After a few years, the woman was attacked and killed by the prisoners, but Bane protected Talia after she stabbed one of his assailants. One day, Talia escaped the Pit and eventually found her father who rescued Bane and initiated them both into the League. While learning all of this, Bruce believed that Bane was the legendary child who had escaped the Pit.

In a hallucination, Ra's appeared before Bruce and said that he was immortal through another method–one that produced an heir. Bruce remembered that Ducard had told him that he had a wife once who was taken from him and realized that he was the mercenary from the legend. Bruce finally escaped from the Pit, returned to Gotham, and as Batman, led an all-out assault on Bane and his forces. Batman defeated Bane and demanded to know who had the bomb trigger, but he got stabbed by his girlfriend, Miranda Tate, who revealed herself as Talia al Ghul, the daughter of Ra's al Ghul.

Talia explained that she was the child who escaped from the Pit and Bane was the prisoner who protected her. When she found her father, he stormed the prison, rescued Bane, and gave him the mask to relieve his pain. Ra's excommunicated Bane because his very existence kept reminding him of his wife and the hell that his family had lived in. Talia could not forgive her father, but she blamed Batman for murdering him, and so she finally forgave him and vowed to follow his legacy. Her plans were foiled, both Bane and she were killed, and Batman got the bomb out of range; which finally ended Ra's al Ghul and the League of Shadows from beyond the grave.

Unlike his comic book counterpart, Ra's al Ghul was just an ordinary man who led a cult that he said was centuries old. He claimed to be immortal to Batman through his use of dual identities, and through an heir in a later hallucination to Bruce Wayne. Ra's was a fiercely devoted and passionate member of the League of Shadows, utterly convinced that the League's purpose of checking against humanity before it overdevelops is justified. Ra's al Ghul believed in doing what was necessary to extinguish evil from the world in order to restore it to what he called balance. He did not have a single qualm about taking another human being's life if their existence stood against his beliefs; he showed no remorse whatsoever about presenting a man for execution for his crimes, without properly trying him. Ra's was a cultured, calm, and sophisticated man who dressed eccentrically and spoke with a wide and intelligent vocabulary. A man with easy and sagely charisma for such an ordinary man, Ra's proved to be quite a skilled speaker and a tireless motivator of those he took under his wing, namely Bruce Wayne. As a teacher, Ra's proved to be blunt, unapologetic, and completely open about his methods. When training Bruce in combat, he never conceded defeat and drilled into the man the ideals of the League of Shadows.

As Bruce got to know Ra's al Ghul, and even after Ra's' death, he began to discover how truly dangerous the man was. In spite of his cultured persona, Ra's was a peerless fanatic of the League of Shadows, devoted to their ideals so much that he didn't even shy from endangering personal relationships. He was confident enough to blatantly admit that the League was responsible for the murder of Bruce Wayne's parents, and labeling them as merely obstacles for his people's ambitions. He showed frustration and even anger when Bruce opposed him but was rather amused by how literally Bruce took his teachings about theatricality and deception. Ra's had a deep and cruel contempt for criminals, convinced that they deserved true justice regardless of their status as human beings; he believed them to be parasites of society, overwhelming society's understanding. Despite this, Ra's did not see his own actions and ideals as remotely criminal, but necessary. Ra's was, inwardly, an extremely bitter man and excommunicated Bane from the League of Shadows out of remorse for how he had abandoned his own wife. When speaking of his wife, Ra's turned strangely sentimental, only divulging that he was taken from him. 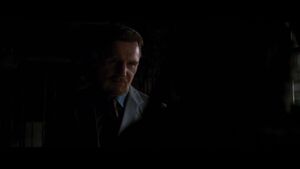 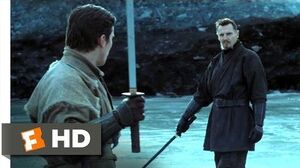 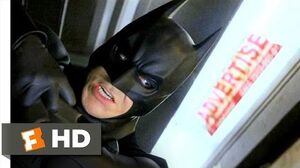 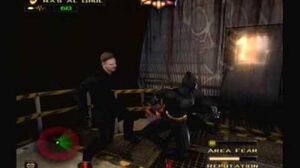 Retrieved from "https://villains.fandom.com/wiki/Ra%27s_al_Ghul_(Nolanverse)?oldid=4243254"
Community content is available under CC-BY-SA unless otherwise noted.