Rabroom Jaws is a shark-themed Gangler Monster who id one of the four antagonist in episode one alongside Ruretta Gerou, Garatt Nargo and Namero Bacho and the main antagonist of episode 4 of the 2018 TV series Kaitou Sentai Lupinranger VS Keisatsu Sentai Patranger. He is also equipped with a ribbon-like treasure called Je vais t'habiller.

He was voiced by Kiyohito Yoshikai.

In the first episode Rabroom Jaws made his first appearance in the Back world celebrating the 999th Birthday party of Dogranio Yaboon.

In episode 4 he'd made his 2nd appearance disguised as a human selling these shark dolls (which are the disguises for his Warp Jaws) to his customers after the police tries to ask him some questions of supposed kidnapping, so he tried to lie his way out in order to get the police off of his back, but thanks to the Lupinrangers interference his cover was blown and attack the two teams, also if these two teams ever take him down well his knowledge of the captured humans will be lost forever. After that he'd made his get away.

However his hideout was then revealed to be a cave of where the trapped prisoners that he'd kidnaps thanks to Tsukasa who has a fond of collecting cute stuff animals. However before she'd could make an escape Rabroom attacks the cadet and before he could finish her off the rest of the Patrangers arrived and battle Rabroon Jaws. While later backed up by the Pordermen he battled the Patrangers in a forest outside of his hideout alongside with the arrival of the Lupinrangers. During the skirmish Patren3 sends Rabroom towards Lupin Yellow to where she used her dial fighter and unlocks Rabroom's safe (which his password is 7-9-4) and stole Je vais t'habiller (which translate as "Dress You Up") ribbon because with that out of his safe all of the disguised shark dolls has been revealed to be Warp Jaws, also he was taken out by the Patranger's One-shot Strike. However thanks to Goche Ru Medou he was then enlarged and battle Patkaiser however this gives him the advantage as he sends out his Warp Jaws allowing him to teleport to one location to the next as he's destroying this bot, however with the arrival of the aerial units they manage to destroy the jaws and a couple of decent blows onto Rabroom Jaws then the Lupinkaiser battle Rabroom Jaws and after that he was then destroyed by LupinKaiser's Rapid-Fire Down You Go Shot. 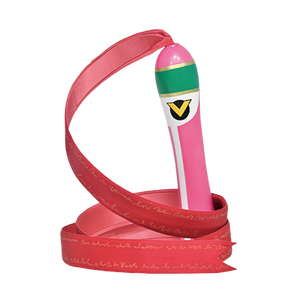