Drones' Headquarters (speculated to be in underground)

Exterminate the human race from the earth and replace all life on the planet by machines.

The Racing Drones are the main antagonists in Hot Wheels: Acceleracers. They were an empire composed of billions of robots that were created by Accelerons thousands of years ago to test the racing tracks that led to the victory of getting Accelechargers.

After their being thrown into the human world by rebelling against their creators, they slept for thousands of years in the center of the earth, waiting for the time when the kingdoms were open and waiting until the humans learned to use what the Accelerons left for them in hopes of getting all Accelechargers to destroy the Accelerons and exterminate the human race from the earth and replace all life on the planet by machines.

With a time Gelorum took the power of the organization Drones and created the empire of the Racing Drones secret of the humanity, leading an army that had enough power to sweep all humans on earth.

Nobody knows where the Drones have settled in the world, but it is known that when Tesla was telling the truth about the Drones Lani, he mentioned that all Drones waited for thousands of years beneath the earth, the Drones' probably resided in the basement, where they had built one of HQ which equaled a large capital below the feet of humans.

It is not known if the drones were actually defeated due to the cancellation of the show, soon after the defeat of Gelorum, the drones were a leader being unable to act, however, even without a leader they still had a powerful army awaiting the moment to attack the show's cancellation prevented wonder what happened soon after the defeat of Gelorum. 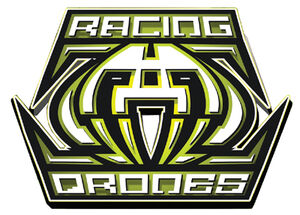 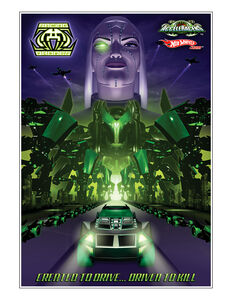 Retrieved from "https://villains.fandom.com/wiki/Racing_Drones?oldid=3466750"
Community content is available under CC-BY-SA unless otherwise noted.