Ragin' Contagion (in Japanese: 病魔パンデルム, Panderum Contagion) is a minor antagonist from Dragon Quest IX. It is a sentient embodiment of a disease that once infected the inhabitants of Coffinwell and was imprisoned within a pot in the Quarantomb. Because of the earthquake that ensued at the beginning of the game, it breaks loose and the townspeople start falling ill again.

The Hero/Heroine and company, looking for Benevolessence, head for Coffinwell in hopes of finding someone in need. As soon as they enter it becomes evident that many of the townspeople are suffering from a mysterious disease that apparently had tormented the town years before. The mayor, Laria, asks the Hero to speak to Dr. Phlegming; a notable, though introvert, archaeologist researching the illness. Since the doctor is not willing to see anybody; the hero asks Phlegming's wife, Catarrhina, to speak with him. She quickly convinces the doctor to let them both in and explains the situation: The epidemic is more of a curse than an illness and it's coming straight from the ruins west of Coffinwell, the Quarantomb.

The Hero/Heroine and the party, alongside Phlegming who joined them briefly in hopes of gaining his father-in-law approval, set out to seal the contagion. After a fierce battle, the protagonist(s) defeats the evil elemental and the doctor proceeds to seal it. Unfortunately, eventhough the town was saved, it was too late for Catarrhina who had acquired the disease and passed away during these events. This devastates the doctor and locks himself in his house again. However, since the hero was once a Celestrian, he is able to find Catarrhina's ghost who asks him to speak to Phlegming and call him to go out and speak to the people he helped save.

After the doctor speakes with the townspeople and see how grateful they are with him he has a change of heart and decides to change his lifestyle. After this, the town is filled with Benevolessence, glad that their savior, the doctor, is now closer to them.

The Contagion infects people whenever it is nearby. It manifests as a cough, a high temperature and eventually death. There is no known cure to this, but it will quickly subside when the Contagion is sealed. During the hero's stay in Coffinwell, only one person dies from the Contagion, although it is noted that if it had continued much longer many more would have. 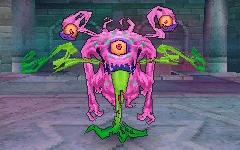 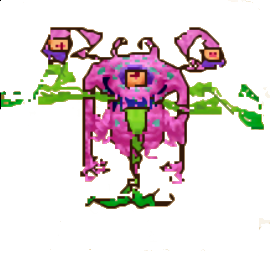 Retrieved from "https://villains.fandom.com/wiki/Ragin%27_Contagion?oldid=3529787"
Community content is available under CC-BY-SA unless otherwise noted.