Assist the Brotherhood of Makuta of taking over the Matoran Universe.

Destroy anyone who cross their way.

The Rahkshi are the major antagonists that appeared in the BIONICLE franchise. They are the mechanical creatures that served as the minions for the Brotherhood of Makuta. The Rahkshi are in reality not living creatures, but mechanical armors that were controlled by worm-like creatures called the Kraata.

There are also another type of Rahkshi who were known as the Wild Rahkshi. However unlike the Brotherhood's Rahkshi, these Rahkshi were known to live independently on their own and were known to attack anyone who crossed into their path which included other Rahkshi.

Over 100,000 years ago when the Makuta were created by the Great Spirit Mata Nui, several of them formed the Brotherhood of Makuta as the organization began to come into being. Then, they began to create the army of Rahkshi by placing the Kraata into the armored suits and mold them into becoming the soldiers that served the Brotherhood along with the rest of the army.

During the Brotherhood's rule, the Rahkshi serve as both the soldiers and bodyguards as their task was to maintain the balance of the Matoran population. Makuta Teridax was also happened to mutated a Rahkshi with the Energized Protodermis which transformed it into Kraata-Kal.

When the League of Six Kingdoms attempted to overthrow the Great Spirit by invading Metru Nui, Miserix ordered  Teridax to assemble an alliance army of Toa Mangai, Rahkshi, Visorak, Vahki, Exo-Toa, Toa Hagah and various Rahi to stop the League. The counterattack was a success as the allied forces finally defeated the League along with the Barraki as well.

When Teridax and the entire Brotherhood became evil and corrupted, they used the Rahkshi and the rest of the army to assist them in their destructive and genocidal campaign.

There are some other Rahkshi that did not served the Brotherhood as they were known as the wild Rahkshi who lived across the regions of the universe,including the Archives and not only attack anyone who crossed their path but also other Rahkshi as well.

With Teridax successfully taken over the Great Spirit Robot, he make his first move by sending the surviving Exo-Toa and the Visorak that he created once more across the Matoran Universe. He also have them captured the remaining Makuta and forced them to create the army of the Rahkshi of Heat Vision before eliminating them when they have lived out their usefulness towards him. He then sent the rest of the Rahkshi to invade both the islands of Daxia and Artakha, as the Rahkshi successfully ruined Daxia and killed some of the Order agents there. 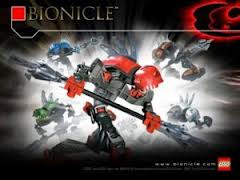 Six Rahkshi that appeared in the 2003 storyline 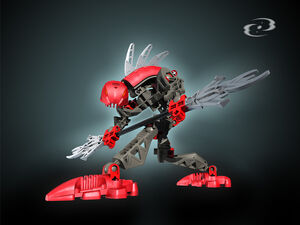 Turahk, the leader of the Six Rahkshi 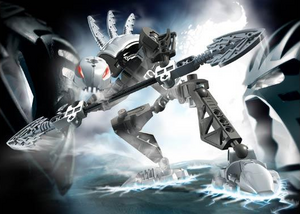 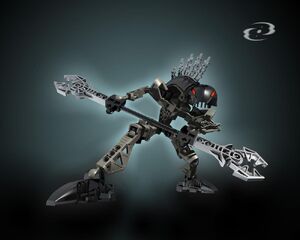 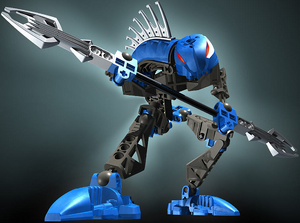 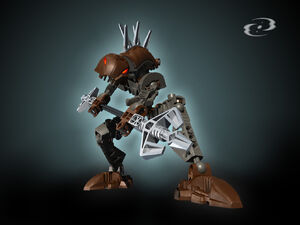 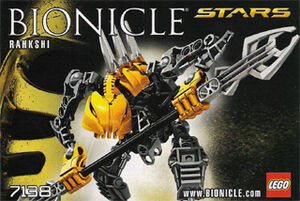 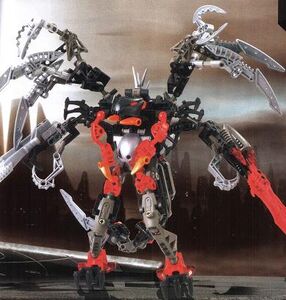 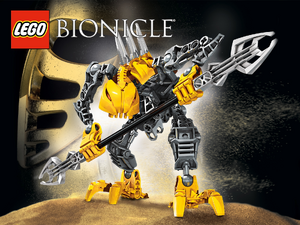 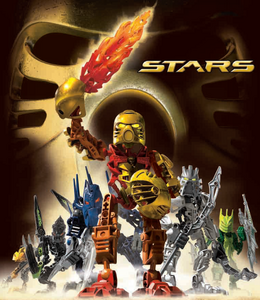 The Rahkshi of Heat Vision alongside the other STARS sets of 2010.

The group of Rahkshi of Heat Vision battling the Toa Mahri in Po-Metru. 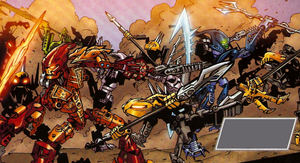 The army of Rahkshi of Heat Vision led by Nektann fighting the Glatorian. 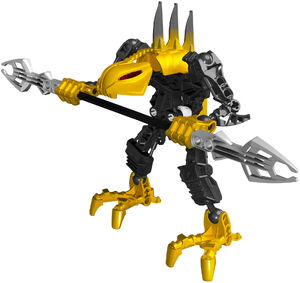 The Rahkshi of Heat Vision in its set form. 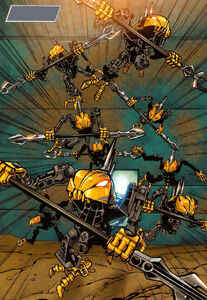 The group of Rahkshi of Heat Vision as seen in the comics.

The pairs of Rahkshi of Heat Vision alongside the Bone Hunter. 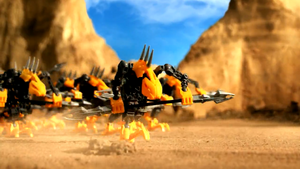 The army of Rahkshi of Heat Vision charging into the battle.

The Rahkshi of Heat Vision's defeats. 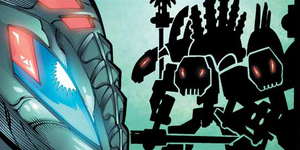 Makuta Teridax alongside the Rahkshi.

The Rahkshi as they appeared in the comics.