Geese Howard's henchman (as Raiden only)

Raiden is one of the villains from Fatal Fury.

Raiden was a professional wrestler, know for his strength and abilities, but mostly because of his ruthlessness towards his opponents. Over-obsessed with winning, Raiden started to fight dirty, which almost made him lost his titles. Raiden moved to Southtown which was known to have a tournament called King of Fighters, where you could fight the way you saw fit.

Geese Howard, sponsor of the tournament, sees the potential of Raiden and hires him to be his henchman. Raiden enters the tournament, allowed by Geese to do as he pleased with his opponents. When Geese learns that Terry Bogard entered the tournament to find him, he orders Raiden to finish Terry.

Raiden is defeated by Terry, realizing that just winning was not the true purpose of a fighter and that his skills were being wasted, so he leaves Southtown and takes off his mask, assuming the name Big Bear and becoming friends with Terry Bogard, reviving his old fighting spirit.

Raiden loves fighting over everything. He was a very ruthless fighter, who did everything in his hands to win, no matter if it was illegal or not. He have since abandoned his evil ways, becoming a very nice and cheerful fighter, never losing his fighting spirit. 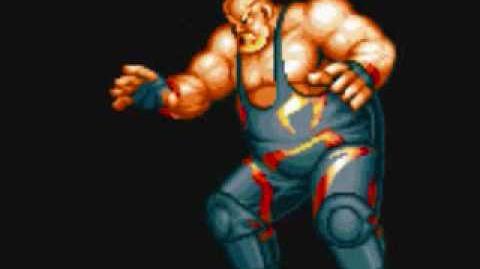 Retrieved from "https://villains.fandom.com/wiki/Raiden_(Fatal_Fury)?oldid=3369885"
Community content is available under CC-BY-SA unless otherwise noted.