Present all throughout the ruins of post-apocalyptic America

Plundering.
Murdering.
Otherwise ruining the day of anyone unfortunate enough to not be one of them.

Depends on groups, as some prey on people for sheer thrills whereas others pillage for necessity and survival.

Raiders are common enemies in the Fallout video game series.

Raiders are survivors of the Great War that have turned to random murder and pillaging in order to survive in the wasteland. They are generally completely barbaric and devoid of redeeming qualities, killing virtually anyone outside of their fellow raiders, especially after living like savages in the chaotic post-war world for extended amounts of time. Because of their primitive scavenger nature, raiders are usually less organized and well equipped than more civilized post-war groups like the NCR and Brotherhood of Steel.

Various Raider gangs are present all throughout the ruins of America and appear in all Fallout games. Even in places where civilization and order have started to rebuild, raiders still remain a constant nuisance and always will be, much like common street thugs in today's world. Some raider groups are stronger and more civilized/less savage than others.

Raiders are most prominent in Fallout 3. The raiders of the Capital Wasteland are among the most depraved of all and are found everywhere throughout the game world as one of the main enemy types. They are all labeled simply as "Raider".Similarly in The Pitt all raiders there are labeled "Pitt Raider"with the exception of a few of them and the named members the Pitt Raiders have also enslaved the people of The Pitt for their own purposes.

In Fallout: New Vegas, raiders are much weaker and less common than in Fallout 3 thanks to the law enforcement of the NCR, and now organized into different gangs unlike in the previous installment. One notable gang encountered early in the game are the Powder Gangers, who are escaped NCR convicts that like to use explosives. The "Great Khans", a new incarnation of the Khans group originally featured in the original Fallout, have become less raider-like over the years and are now a tribe of savage warriors rather than complete murderous lunatics. But the most dangerous and evil raiders in New Vegas are the Fiends, a bunch of insane drug addicts who terrorize the ruins near the New Vegas city complex.Other gangs in New Vegas are the cannabalistic Jackals,The ruthless Vipers,and the vile Scorpions.

In Fallout 4 many raider varieties exist along with new raider gangs.normal Raiders come in various different versions such as normal,scum,psycho,scavver,waster,survivalist,and veteran.Similar to Fallout:New Vegas raiders in Fallout 4 can also be organized into gangs,such as The Forged who inhabit the Saugus Ironworks and are most notable for using fire based weapons such as Flamers and Molotovs,The Automatron DLC adds another gang known as the Rust Devils a raider gang most known for their use of robots using varieties of Protectrons Mr.Handys Assaultrons and Sentry Bots,another technical raider faction though they aren't necessarally categorized as raiders in the Far Harbor DLC you can encounter the Trappers former fur trappers fishermen and hunters who have been driven mad by the island's radioactive fog,The Nuka World DLC adds 3 more raider gangs those being the Disciples the Operators and the Pack.

Fallout 76 also had Raiders living in Appalachia, broken down into five different groups: Cutthroats, Diehards, Trappers, Gourmands, and Blackwater Bandits. David Thorpe served as the leader of the Cutthroats and the Raiders overall. They served to be a problem for the other factions living in Appalachia, those being the Responders, Free States, and the Brotherhood of Steel. Because of the lack of trust between the Raiders and the other factions, they were unable to unite their resources to combat the Scorchbeasts and were either killed or forced to flee Appalachia, with the leaders of the various Raider factions succumbing to radiation or other mutations, with Thorpe himself falling victim to the Scorched Plague and becoming Scorched Wildlife. The other faction leaders suffered similar fates: Blackwater Bandits leader Freddie Lang soaked up so much radiation she turned into a glowing feral ghoul, Trappers leader Walter Griswold is found dead in the center of Huntersville, surrounded by Super Mutants with his body booby-trapped, Diehards leader Margie McClintock died from a chem overdose out of depression of her gang's actions, hoping her lieutenant Vincent Fried would fare better as the new leader, and the Gourmands leader Morris Stevens succumbed to the Gourmands' cannibalism to survive and mutated into a highly-irradiated progenitor wendigo. The only survivor around the time Vault 76 opened was Rose, a reprogrammed Miss Nanny that Thorpe made to remind him of his former girlfriend Rosalyn, who had been captured by the Responders, then drowned when Thorpe flooded Charleston on Christmas Day in retaliation for when he believed the Responders had killed her as incentive to get the Raiders to back off and stop harassing them, the Free States, and the Brotherhood of Steel, when in reality, she had still been alive and was being used as a bargaining chip and hostage by the Responders to try and get Thorpe to stand down and surrender.

However, one year later after Vault 76 opened, Meg Groberg, a member of the Diehard Raiders that fled Appalachia previously, returns to the region to rebuild the Raiders in the area, taking over the remains of the crashed Valiant-1 space station in the Toxic Valley and renaming it "The Crater". Her Raiders are initially hostile to Vault 76 residents, but after being reminded that if she doesn't work with them and the Settlers to combat the Scorchbeasts, she is making the same mistakes Thorpe did, she'll agree to have her Raiders inoculated with the vaccine against the Scorched Plague the Responders had been working on in Charleston, thus ordering her Raiders to no longer be hostile to the Vault 76 residents, but remain wary of them until the residents do enough favors for the Raiders to improve their reputation with them to be considered friends of the Raiders. When word then comes of the U.S. having stored the Fort Knox gold bullion reserve in Vault 79 in the event of nuclear war, Meg is more than willing to have her Raiders launch a raid on the Vault to acquire the gold alongside the Vault 76 residents, and is willing to split the reward later with the Settlers to avoid a possible conflict with them and end up repeating the distrust and hostility that led to the old Raiders being wiped out with the Responders, Free States, and Brotherhood of Steel by the Scorchbeasts because they couldn't trust each other. 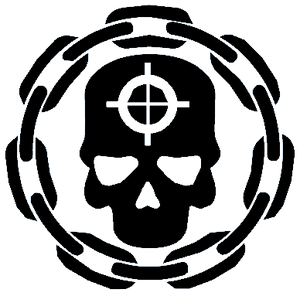 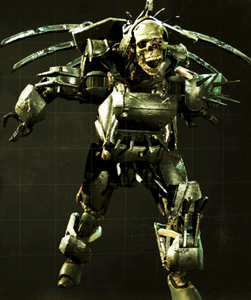 Symbol for the Operators

Symbol for the Disciples 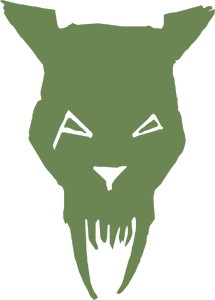 Symbol for the Pack

Symbol for the Blackwater Bandits 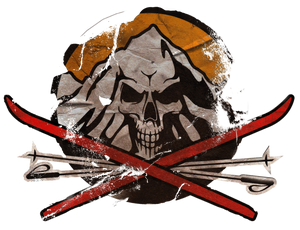 Symbol for the Cutthroats 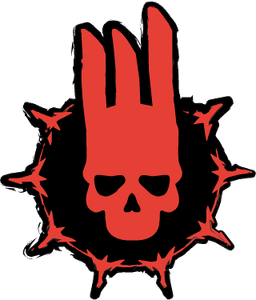 Symbol for the Trappers 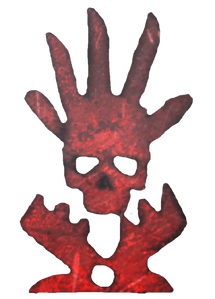 Alternate symbol for the Trappers

Symbol for the Gourmands

One of the Alternate Symbols for the Gourmands

Symbol for the New Appalachia Raiders lead by Meg 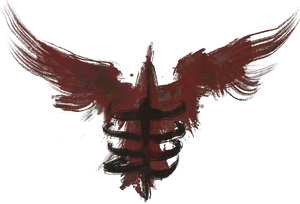 Symbol for the Blood Eagles Radical's face mask, typically used as the symbol for the Free Radicals
Add a photo to this gallery

Retrieved from "https://villains.fandom.com/wiki/Raiders?oldid=4339748"
Community content is available under CC-BY-SA unless otherwise noted.