Villains Wiki
Register
Don't have an account?
Sign In
in: Partners in Crime, Monsters, Movie Villains,
and 25 more

Activate Earth's Ring of Fire to start the planet's terraforming and colonization by the Precursors (failed).

Raijin, Hakuja and Shrikethorn, also known as the Mega Kaiju in their combined form, are the final antagonists of the 2018 blockbuster Pacific Rim: Uprising. They are three Kaiju that are designed to continue the Precursors' invasion on Earth and are the components of the Mega Kaiju formed together with the aid of Newton Geiszler.

Raijin, Hakuja and Shrikethorn are three Kaiju who managed to cross over to Earth after the Kaiju-Hybrid drones' destruction shutting down their artificial breaches which resulted in their legion's deaths and loss of access for the planet. They soon arrived at the Mega Tokyo and headed for Mount Fuji at which they would jump into the dormant volcano in which they'll self destruct, blowing it up and activating the planet's ring of fire, causing mass extinction and starting their creators' first step of terraforming. They soon meet an opposition from four Jaegers: Gipsy Avenger, Guardian Bravo, Saber Athena, and the three-pilot Bracer Phoenix.

The three Kaiju soon fight the four Jaegers with Newt overseeing the battle. Despite the Kaijus' strengths, Raijin, Hakuja and Shrikethorn are gradually overpowered by the combined might of the Jaegers, prompting the unimpressed Newton to combine the three Kaiju with swarms of drones in his disposal into a gargantuan monster called the Mega-Kaiju. Gaining an advantage, the three Kaijus' combined form easily destroyed three of the four Jaegers before setting their course back to Mount Fuji. Unfortunately, they made a mistake in leaving damaged Gipsy Avenger most functional, which then launched itself at it and fatally crashed onto it, ripping the beast in half with a massive sonic boom and eventually killing the three Kaiju while they are still combined.

Raijin has basic physical attributes to that of other Precursors' Kaiju army. Its special quirk is the ability to absorb and store kinetic energy from its enemies' assaults through armor platings around its face, which then used to empower its attacks or releasing bluish shockwaves. The glow of the Kaiju's phosphorescent blood in its veins shine brightly whenever it absorbs kinetic energy which then made its way to any of its energized body parts.

In addition of basic physical attributes to that of other Precursors' Kaiju army, Shrikethorn has a special quirk to project spines on its tails as a long-range attack. It can also generate and manipulate plasma energy which typically channeled onto its spines to increase its firepower.

While having physical attributes to that of other Precursors' Kaiju army, Hakuja seemed to have inferior quirks compared to that of Shrikethorn and Raijin. Other than an armor-plated spiked tail and armored head optimized for burrowing and piercing through a Jaeger's armor, the Kaiju possesses muscles enhanced by its molten blood.

As a combination of the three Kaiju, the Mega-Kaiju inherits quirks of its Kaiju components in addition to drastically enhanced physical attributes befitting to its size. It gains Raijin's kinetic energy manipulating ability and Shrikethorn's plasma-enhanced spines. 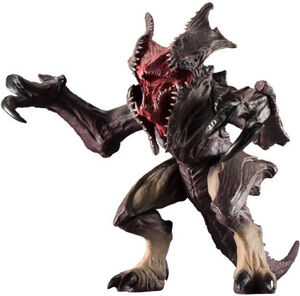 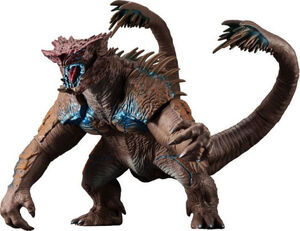 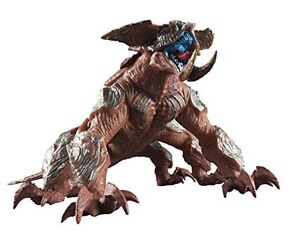 Mega Kaiju during the movie's credits 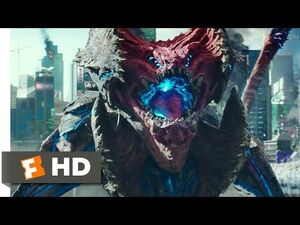 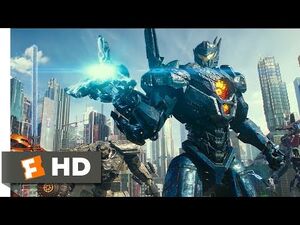 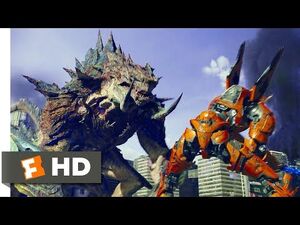 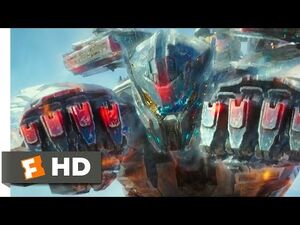