Ruler over the music industry

Making deals with people who want to rise in popularity and power and corrupting them afterwards.

The "Rain Man" is a demonic entity reported to be the corrupting influence behind the music industry.

According to conspiracy theories, the Rain Man is a powerful demon who makes deals with those who aspire to make it big in the industry. With the noun "rain", it is defined as water falling as rain, rainwater, and anything watery. According to the theories, rain can also be defined as one who receives abundant blessings from above. This is actually a unisexual title that can be used for both genders. The word "umbrella" is also synonymous with the Rain Man. The word umbrella is derived from a Latin word meaning "shadow" or under the influence of "Umbra". It can also be used in reference to a paranormal entity such as a ghost. Many cite the usage of the word in H. P. Lovecraft's book Necronomicon in which an umbra is one of the globes of Yog-Sothoth. In the Necronomicon, it states that Yog-Sothoth could bestow great riches on whoever bestows onto him a woman.

The Rain Man is a prevalent demon that is often alluded to in Rihanna's music video "Umbrella". According to conspiracy theories, the premise of the music video is that a woman is violated by a demon, and gives birth to six demonic children. Many believe that the Rain Man enters into the music video when Jay Z sings "rain man is back with little miss sunshine, Rihanna where you at?" Rihanna responds by singing "you've had my heart, and we will never be worlds apart, you're apart of my entity, here for infinity." As such, the song debatably converts from a love song to Rihanna swearing her allegiance to a fallen angel. The theories also believe that there are references to the Number of the Beast in the music video. 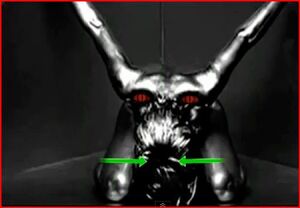 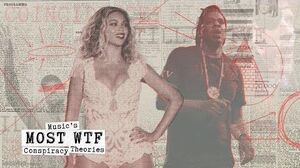 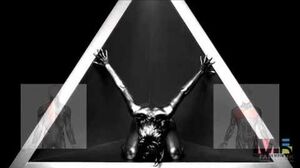 Who is Rain Man? 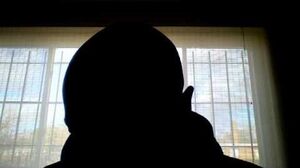 Boogie and the Rainman More" Illuminati in Oldschool Jams"-Named and Explained! 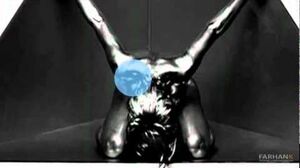 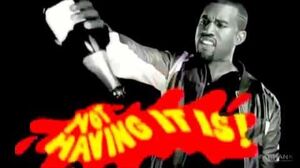 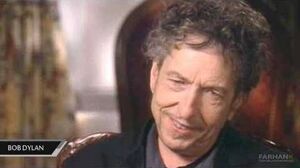 THE MUSIC INDUSTRY EXPOSED - Who Is Rain Man (Part 3) HD