Raja Sahib is the main antagonist of the 1997 Bollywood film Koyla (in English; Coal).

He was portrayed by the late Amrish Puri, who also played Mola Ram in Indiana Jones and the Temple of Doom.

Raja Sahib is a powerful man who controls the area he lives in with an iron fist, although he pretends to have the persona of a kind and just man, he is a selfish and murderous dictator who kills anyone who dares to defy him. His household consists of his violent and psychopathic brother Brijwa and his loyal mute servant Shankar who has been raised by Raja ever since his parents were murdered by two men who killed them after his father discovered diamonds in the coal mine. When Shankar threatened to reveal the truth a third man came up behind him and shoved hot coal down his throat rendering him mute. Raja later on adopted him as his servant and the two men were declared dead by the local Dig.

Raja is an extremely lustful man who one day notices Gauri, a happy girl, and wishes to marry her. However, despite her greedy aunt and uncle wanting her to marry Raja, Gauri wants to see a picture of her future husband first.

Fully aware that Gauri would instantly reject the elderly Raja, he sends her a photo of Shankar. Gauri instantly falls in love with him and the wedding proceeds. However, before the ceremony is completed, she discovers that it's not Shankar she is marrying and faints; Raja orders the priest to continue with the ceremony.

When Gauri regains consciousness, she discovers Raja trying to rape her and learns they're married. She refuses to seduce herself to him by attempting suicide, he imprisons her. One night Gauri tries to commit suicide however Shankar saves her. She accuses him of ruining her life however Shankar's friend reveals Raja's deceit and that Shankar was innocent in the whole affair.

One night, Raja's secretary Bindiya is frustrated when Raja falls asleep and is unable to perform and goes to Shankar, but instead finds Raja's brother Brijwa waiting for her. He attempts to rape her, but Shankar stops him, he takes a beating and gets framed for attempting to rape Bindya by Brijwa and is badly beaten by Raja who loses faith in him. Bindya confesses that she went to Shankar and is then sent to a brothel as punishment by Raja.

Gauri helps Shankar and begins to see him as her husband, when her brother Ashok comes to see her, Raja forces her to lie to him and says that she is happy as Raja threatens to kill him if she refuses. However Shankar reveals the truth to him and Raja kills him when he comes to rescue her; Shankar rebels against Raja and he and Gauri flee Raja's mansion.

Raja begins a murderous search to find the Gauri and Shankar enlisting the help of his brother and the DIG, however after a long chase through the mountains and jungle, Raja leaves due to being disadvantaged.

But unexpectedly Raja returns with reinforcements sees Shankar and Gauri near a waterfall and manages to capture them  Shankar is brutally beaten by Brijwa and the DIG and Raja slits his throat, then left to die in the mountains; Gauri is sold to a brothel. There, Bindya saves Gauri in repayment of Shankar’s debt and eventually gets killed by Brijwa. Shankar is found and saved by a healer, who operates on his throat  and repairs some of the damaged nerves in Shankar's throat, enabling him to speak.

Shankar recovers and returns, first he encounters and kills Brijwa and is reunited with Gauri after rescuing her from the same men that killed his parents. Shankar, in the process discovers that Raja who was the foreman back in the past was the person who made him mute and who ordered his parents to be killed so he could steal their wealth. Shankar then enlists the help of his friend and Raja's doctor to complete his revenge against Raja.

He kills Raja's two henchmen and the DIG, then finally manages to expose Raja who finally apologizes to Shankar for his wrongdoings to him, but Shankar sets him on fire, ending his reign of terror once and for all.

Although Raja at first seemed to be a comical character, ultimately he was revealed to be cruel and inhumane monster who would kill and abuse anyone who dared defy him. His cruelty knew no bounds and he tolerated no betrayal and failure. Although he seemed to treat Shankar with care and valued his loyalty Raja was actually a monstrous individual who shoved coal into Shankar's mouth to stop him from testifying against his men.

Raja valued complete dominance towards others, and was shown to be extremely manipulative. Despite his clownish and outrageous behavior, he was an extremely intelligent man, as he orchestrated the successful takeover of the wealth discovered by Shankar's father and also tricked Shankar and Gauri into becoming part of his plans.

Raja was also a lustful individual and murdered anyone who dared oppose him; he treated his enemies with no mercy as shown through his brutal attack against his once loyal servant Shankar. When faced with situations that would not go his way Raja would devolve into complete cowardice as shown when he begged Shankar for his life despite everything he had done to him. 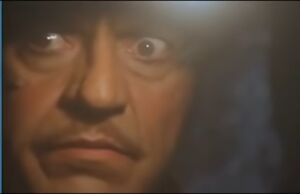 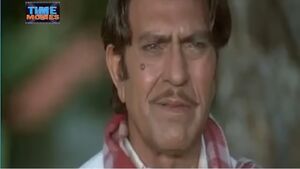 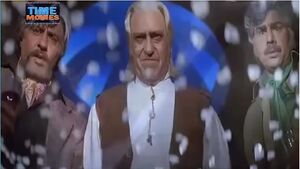 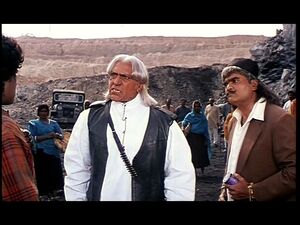 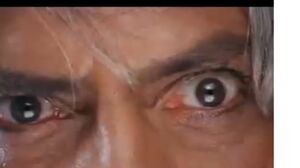 Raja burned to death at field of coal