Instate Glemy as leader of Zeon and thus continue the Zabi lineage.

Rakan Dahkaran is a Mobile Suit pilot ace of Neo Zeon and a major antagonist in Mobile Suit Gundam ZZ.

Rakan attempted to intercept the MSZ-010 ΖΖ Gundam. In his AMX-009 Dreissen, Rakan fought the ZZ Gundam's pilot Judau Ashtan. Rakan initially had the upper hand until Roux Louka and Elle Vianno arrived to provide back up to Judau, prompting Rakan to flee.

Following the Dublin colony drop, Rakan was sent in to perform mop up operations to kill any survivors. His squad soon encountered Juadu, when Judau is trying to combine the Core Top and Core Base into the ZZ Gundam, Rakan tried to fire at them, but Hayato in his Dodai II steps in, which cause Rakan to angrily shot down the Dodai II, killing Hayato in the process. Soon, the colony hit Dublin. Motivated by his anger over the massive casualties caused by the drop, Judau was able to defeat Rakan, though the Neo Zeon ace managed to survive.

After Glemy Toto made his claim for power, causing a schism within the ranks of Neo-Zeon, Rakan defected over to Glemy's side with his AMX-014 Doven Wolf. Rakan fought the Haman Karn loyalist Mashymre Cello and managed to defeat him with assistance from the Ple Clones. In a last ditch effort, Mashymre attempts to kill Rakan with a suicide attack, but fails.

After Mashymre's death, Rakan encountered another Haman loyalist, Chara Soon, who is piloting a Geymalk and her wingmen, Lance Gylen and Nee Gylen, who are piloting the Gaz-L and Gaz-R. They both fought evenly, however, Rakan is soon able to ambush Chara, only for Lance to sacrifice himself to take the blow instead, Lance than attempted to crash his Gaz-L into Rakan's Doven Wolf, only for the ace pilot to quickly sliced Gaz-L in half, killing Lance as a result.

Soon, Rakan confronts Judau in battle, who fires serval missiles to damage Rakan's Doven Wolf, Rakan than attacks Juadu in rage, however, Judau quickly sliced the Doven Wolf into four pieces, Rakan than spends his last moment on wondering how Judau can defeat him just before being killed by the explosion of the Doven Wolf. 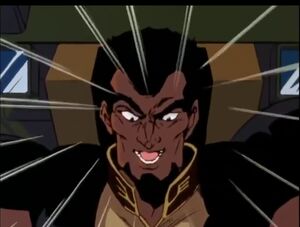 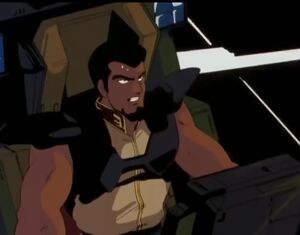 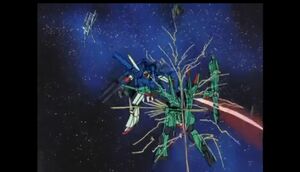 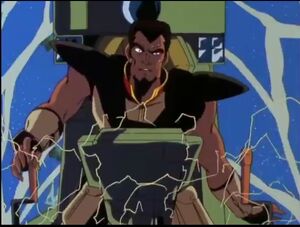 Rakan watching in disbelief as he is defeated by Judau 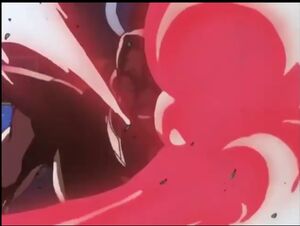 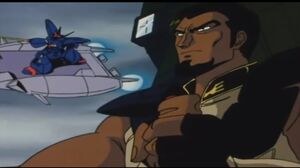 Rakan during the mission of Dublin Colony drop 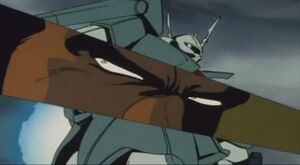 Rakan is ready to kill Hayato 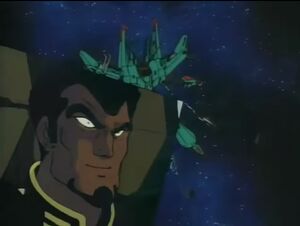 Rakan in his Doven Wolf 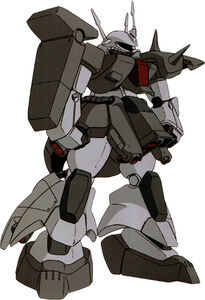 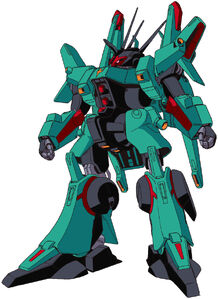 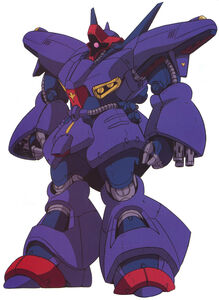