Role in the book

Ralph is Nicholas Nickleby's uncle. He seems to care about nothing but money and takes an immediate dislike to the idealistic Nicholas; however, he does harbour something of a soft spot for Kate. Ralph's anger at Nicholas's beating of Wackford Squeers leads to a serious rift with his nephew, and after Nicholas interferes with his machinations several more times, Ralph and his associates scheme to deliberately hurt and humiliate Nicholas; but the only man Ralph ends up destroying is himself. When it is revealed that Smike was his son, and that the boy died hating him, he takes his own life. He dies without a will, and his family refuses to take his property, so his hard-earned fortune is given back to the Crown and lost.

In the 2002 film adaptation, Ralph is played by Christopher Plummer, who also played The Grand Duke of Owls, Fayvoon, General Chang, King Herod, and Charles Muntz. Some of Ralph's associates are absent in this adaptation. 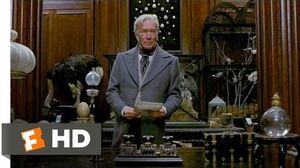 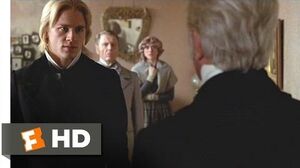 Nicholas Nickleby (11 12) Movie CLIP - One Great Crash (2002) HD
Add a photo to this gallery
Retrieved from "https://villains.fandom.com/wiki/Ralph_Nickleby?oldid=3228210"
Community content is available under CC-BY-SA unless otherwise noted.