Castellan of the Salazar Family
Ruler of Salazar Castle

Working on strengthening the Los Illuminados.

See the Los Illuminados take control of the world.

Ramon Salazar is the 8th castellan of the Salazar family castle near a small rural village in rural Spain governed by Los Iluminados cult and one of the secondary antagonists in the video game Resident Evil 4.

Many years in the past, the first of the Salazar castellans sealed Las Plagas parasites into a passage below the castle. These parasites were utilized by a cult known as Los Illuminados to take control of people, recruiting them. The Salazars continued to bring down the cult for years until finally Ramon took over. All his close family had died when he was a child and he lived alone in the castle, with only his butler for company. Added to the fact that he started following Los Illuminados’ beliefs, Salazar was easily open to the manipulation of Osmund Saddler, the cult’s leader. He managed to get Salazar to break the seal holding Las Plagas, convincing him that his ancestors’ actions were a sin. Las Plagas were excavated by workers from the nearby village and as the parasites were spread through the area, Salazar was injected with a Control Plaga that allowed him to control other Plagas infected creatures. Eventually he was consumed by the parasites’ power and no longer left his castle. Salazar had become obsessed with seeing Los Illuminados dominate the world.

After Los Illuminados' kidnapping of Ashley Graham, daughter of the U.S. president, Leon S. Kennedy was sent in to rescue her. As they attempted to escape from the area, they eventually ended up in Salazar’s castle. He confronted the two, telling Leon to hand Ashley over if he wanted to survive. Eventually, Ashley was recaptured and Leon and Salazar would continue to have many conversations over Leon’s radio after he hacked into it. Leon managed to repeatedly overcome Salazar’s traps and monsters, even fighting off one of his Verdugo bodyguards and escaping a giant walking statue of the castellan.

Salazar and Leon faced off shortly after this and Salazar explained that Ashley was undergoing a ritual to make her into a Ganado. However Leon threw his knife into the castellan’s hand and his other Verdugo threw the knife back at Leon while the two retreated into an elevator. Leon finally came to the Queen Plaga where

Salazar was waiting and he informed Leon that Ashley had undergone the ritual and was being brought to an island by Saddler. Salazar then merged with the Queen Plaga and his Verdugo into a huge monstrosity that was part of a two-story wall. However Leon managed to finally defeat this monstrous form, bringing an end to Salazar and ending the Salazar family line.

Salazar is able to plant Las Plagas in people using tentacles that sprout from his hands and can control other creatures with the parasites inside them. On his own, he does not seem to have any notable fighting skills;  when he fused with the Queen Plaga, he gains large tentacles to attack with, as well as the now even more mutated head of the Verdugo on a long neck.

However Salazar himself serves as the weak point of this twisted creature, but he can protect himself with a pair of mandible like appendages that close around him. But if the rest of the creature is hurt, then the Salazar will be exposed.

After seeing Salazar with Ashley 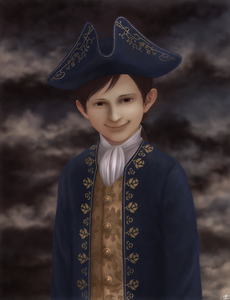 An artwork of Ramon Salazar as a human before his transformation via the Las Plagas. 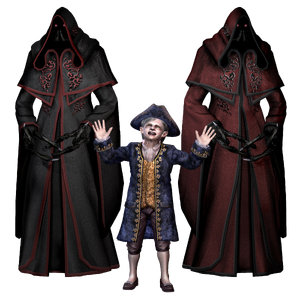 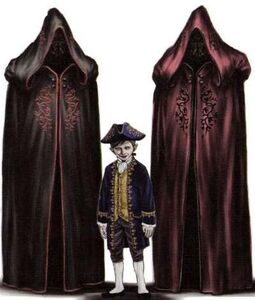 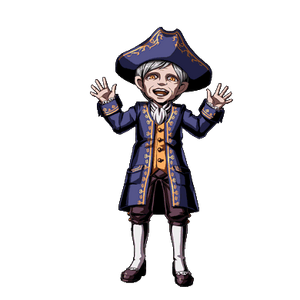 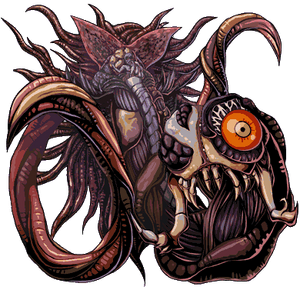 Salazar merged with the Queen Plaga in Minna to BIOHAZARD Clan Master.