General in the Wei Military

Fighting on the battlefield

Protect the State of Wei from invaders. (Ongoing)

Ran Bi Haku, also known as the The Berserker, is a recurring antagonist in the historical seinen anime and manga series, Kingdom.. He is a General in the Wei Military and served as the right hand-man of the late Great General and member of the Wei Fire Dragons, Rei Ou since the days of the first generation of the Six Great Generals and Three Great Heavens over a decade ago. He currently serves as a central figure in the Gou Hou Mei Army after his lord's death at the hands of Ri Shin.

Speaking very little, Ran Bi Haku doesn't talk very much as he focuses only to kill as many opponents as he can while on the battlefield, disregarding any sense of danger and having himself charge right through the thickest battle as he loudly roars his vicious war cries.

While his early life and history is unknown , Ran Bi Haku at some point in his life he would swore his loyalty and abilities to Rei Ou of the Wei Dragons. While fighting as his lord's blade, Ran Bi Haku buried thousands of opponents and enemies in his career, and would frequently clash with legendary figures like Kyou and Ou Ki of Qin's Six Great Generals.

While its not stated openly, its highly likely that Ran Bi Haku was imprisoned alongside his master Rei Ou after helping in Earl Shi's war with the other Wei Fire Dragons. 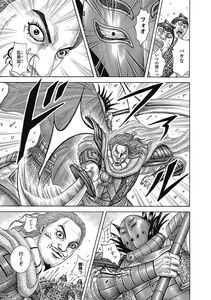 After a decade Ran Bi Haku exchanges blows with his old rival, Tou.

War of the Three States Arc 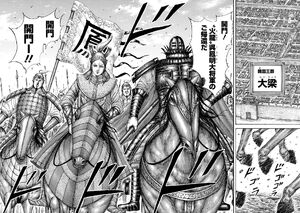 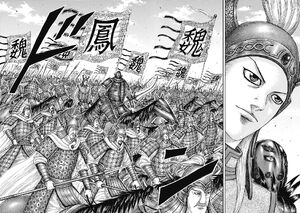 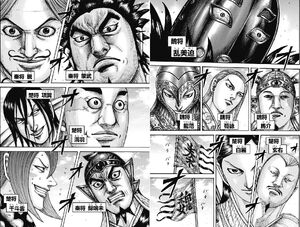 Ran Bi Haku as one of the headliners in the War of Three States Arc. 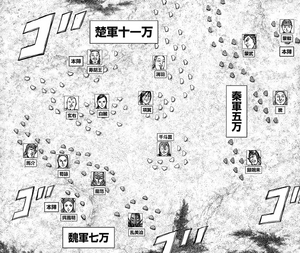 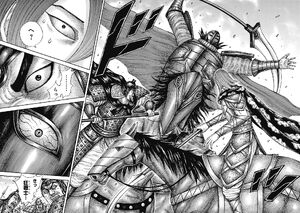 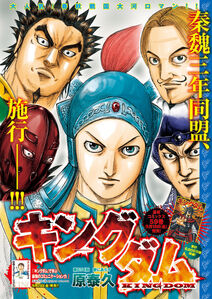 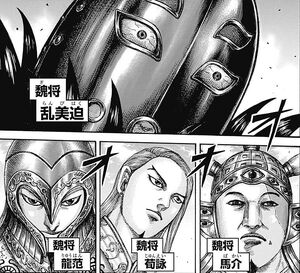 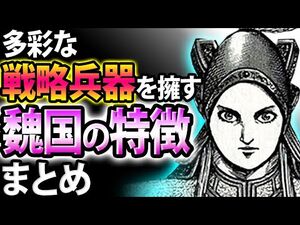 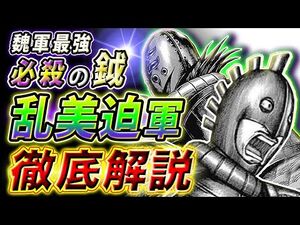 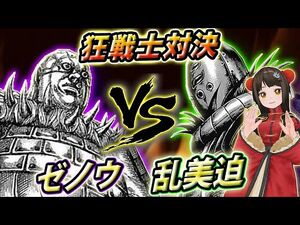