The Rancors are a hostile alien species and antagonists from the Star Wars franchise. They are giant, monstrous creatures that hunt and eat in vicious ways. Despite being feral beasts, they are also fairly intelligent and fiercely loyal pets if their masters treat them very well, and will even take orders and kill on command.

Rancors are native to the planet Dathomir. However, when they were captured and sent as shipments to be pets on other planets, some ships crashed and introduced Rancors to planets like Felucia, Lehon, Carida, and Tatooine. In the wild, Rancors were intelligent and carnivorous animals that were fiercely protective of each other and their young. Some Rancors even evolved to near human-level intelligence, including the ability to read and write. Those who were careful and kind enough to Rancors could even befriend them and use them as mounts, such as in the cases of the Witches of Dathomir and Maris Brood.

Over the decades, Rancors were often confronted as powerful adversaries in combat. As such, hunters, poachers, and even warriors like the Jedi and Sith would seek out Rancors as opponents to train and claim as trophies after killing. This, coupled with genetic mutation experiments performed by the Galactic Empire, cause Rancors to become an endangered species.

A Rancor appears in Return of the Jedi, where a male named Pateesa was kept under Jabba the Hutt's palace as a pet. It was given to Jabba by his adviser Bib Fortuna as a birthday present, and was looked after by a caretaker named Malakili, who took good care of the beast, causing the two to become fond and protective of one another.

Jabba would often drop those who displeased him down into the Rancor's pit for them to be eaten, and did so with a foolish disobedient slave dancer named Oola.

Later, when Jedi Knight Luke Skywalker came to rescue Leia Organa, Han Solo, R2-D2, C-3PO, and Chewbacca from Jabba's clutches, Jabba dropped Luke and a Gamorrean guard named Jubnuk. Pateesa ate Jubnuk, but Luke managed to outwit the dangerous beast by prying his mouth open with a bone, then throwing a skull to close the spiked gate on the Rancor's head, killing it. Malakili rushed out and mourned the creature's death.

Throughout the Star Wars Legends, Rancors often appear as opponents, such as in the Star Wars: The Force Awakens, Knights of the Old Republic, Darth Bane: Path of Destruction, Star Wars: Battlefront, and more. In Star Wars Kinect, the player can play as a Rancor rampaging through Mos Eisley, destroying buildings and eating civilians. 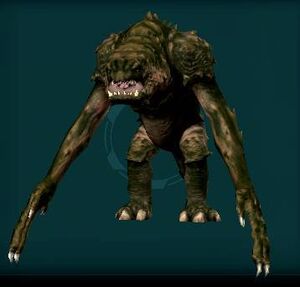 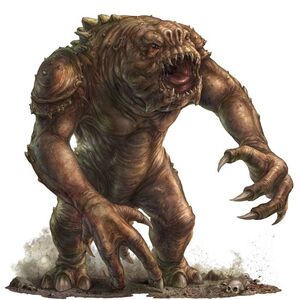 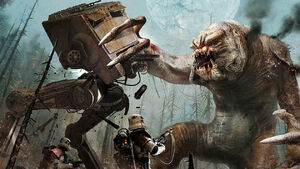 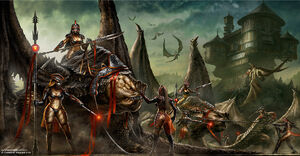 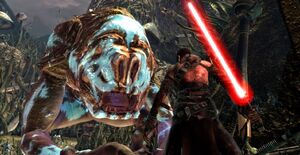 A Felucian Rancor about to fight Galen Marek in Star Wars: The Force Unleashed. 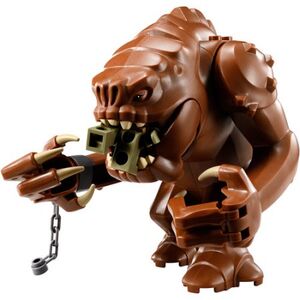