Attempting to marry a woman.

Randall Tugman also known as Randy is one of the bosses or psychopaths featured in the 2010 video game Dead Rising 2 and its remake Dead Rising 2: Off The Record. He is also an optional boss in the main mode 72 Hours, who you can meet for the first time on the 2nd day at 5 p.m. on the Silver Strip in the Swept Away Wedding Chapel in the side quest Here Comes The Groom. He is an obese, porn-addicted sex maniac, wearing an S&M black leather outfit and wielding a giant chainsaw in his hands, who uses the zombie outbreak as the perfect opportunity to "marry" any unfortunate female survivor he can find and perform with her sexual intercourse to lose his virginity.

He was voiced by John Murphy.

On September 26 at 5 p.m. Stacey calls Chuck telling him that she noticed someone carrying the bride to the Swept Away Wedding Cap on the Silver Strip, telling him it was a very strange time to get married and he should check it out.

Inside the wedding chapel, Randall Tugman tied his father Emanuel to the priest's podium and stood in front of him with his "fiancée" named Danni Bodine, whom he had previously kidnapped and disguised into a wedding dress against her will. Emanuel tries to reason with his son to free them by calling him Randall to which he replies that his name is Randy and then orders his father to continue the ceremony. Emanuel starts the ceremony and asks Randall if he is taking this woman for his wife, to which Randy is delighted to say that he is looking at her in a very sexual way. Terrified and crying Danni tries to run away, but Randall grabs her by the hand and pulls her towards him. He tells her not to worry about anything because other women mean nothing to him as they look at the dead bride sitting on the bench. He also makes her tell her that she wants to marry him. Randall tells his father he was never that ready and he knew he was not going to die a virgin. An excited Randall tells Emanuel to move on to the final part of the ceremony, while picking up the chainsaw in a perverted manner, and Emanuel begins the final rule. Before he can "officially" call them "a husban and a wife", Chuck Greene enters the wedding chapel and sees the entire unusual situation. Emanuel notices him and pleads with him to help them. This causes Randall to turn to see who has entered the chapel and accidentally cuts his father in half with a chainsaw. Furious, Randall points his finger at Chuck, telling him that he has ruined the happiest day of their lives and attacks him.

After the fight, the defeated Randall begins to limp and collapses right in front of the big heart in the wedding chapel. Randall looks up to see the silhouette of the bride walking towards him. Randall thinks it's Danni and starts talking to her about how they would be a great couple. It turns out, however, that this bride is the woman who he killed before and now came to life as a zombie to get her revenge. The Zombie Bride bites right into his face slowly eating him, and Chuck adds a comment that now Randall may kiss the bride. After Randall's death, Chuck goes to Danni and takes her to a safe place in the bunker to the other survivors. 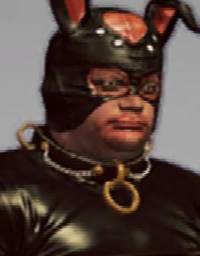 Photo of Randall in Chuck's Notebook. 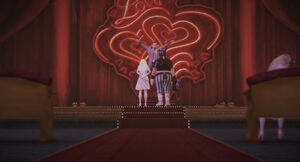 Randall Tugman and Danni Bodine inside Swept Away Wedding Chapel. 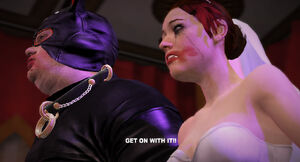 Randall forcing Danni to marry him. 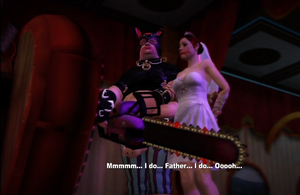 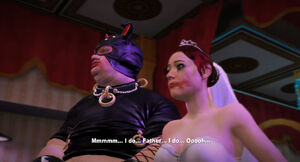 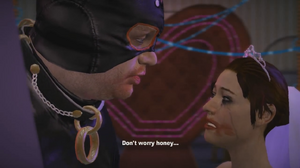 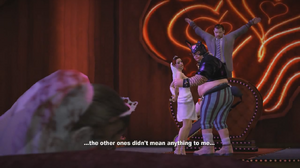 Randall looking at his former and deceased bride. 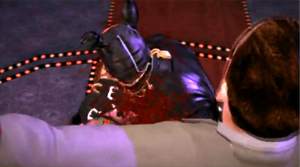 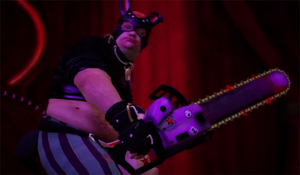 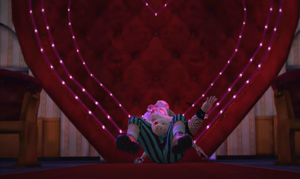