Villains Wiki
Register
Don't have an account?
Sign In
Advertisement
in: Mature, Game of Thrones Villains, Parents,
and 44 more

Do his duty as bannermen of House Tyrell.

Serve the Iron Throne.
Take King's Landing back from the Faith.
Restore the King's peace.
Protect his house.
Liberate the Reach from the ironborn.
Destroy the Brotherhood without Banners.Take back Heartsbane (failed).
Betray and defeat Olenna Tyrell for siding with Daenerys (succeeded).
Defeat the "foreign invader" Daenerys Targaryen (failed).

Lord Randyll Tarly is a character from A Song of Ice and Fire and its television adaptation Game of Thrones.

He is the Lord of Horn Hill and head of House Tarly, a vassal house of House Tyrell from the Reach. He's married to Lady Melessa Florent and has five children: Samwell, Talla, two other girls, and Dickon. In battle he wields the Tarly ancestral blade Heartsbane, a Valyrian steel greatsword. Marcher lords of the Dornish Marches, the Tarlys are a family old in honor with rich lands and a strong keep.

He was portrayed by James Faulkner who voiced King Arthur from Tales of Arcadia.

Randyll is a narrow man but iron willed, shrewd and capable, and is considered one of the finest battle commanders in Westeros. He is a proud, dour strict disciplinarian, obedient to his superiors and dutiful. He prizes courage and martial ability, which causes him to despise his eldest son, Samwell because of his cowardice and softness, and strongly favor his younger son, Dickon, who is much more fierce and robust.

His charecter is very similair to Tywin Lannister, both having sons who's in their eyes are an disgrace to the family legacy and both fathers are willing to do anything to get rid of them. Randyll is using what ever means necessery to achcive his goals, without neither compassion or conscience for his family. Both are also respected as fine soldiers.

After Tywin's death, Keven Lannister suggests that Randyll might be a suitable replacement as Hand of the King to finish the War of the Five Kings, as he has strong will and good tactic skills in war, thought he would be a poor Hand during peace. 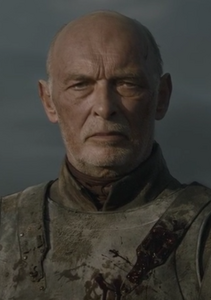 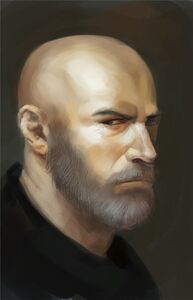 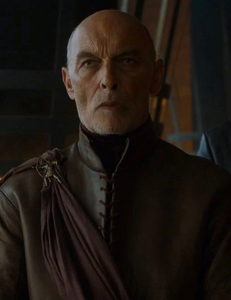 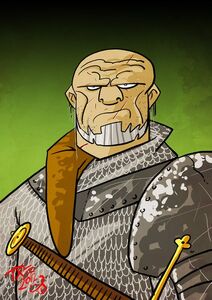 Randyll in his armor. 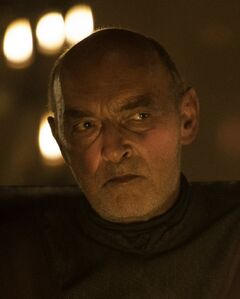 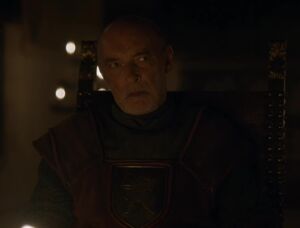 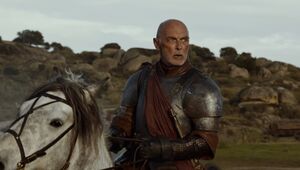 Randyll on the battlefield at the Goldroad. 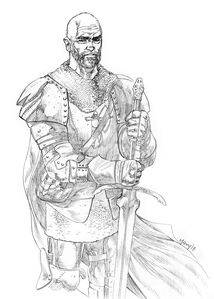 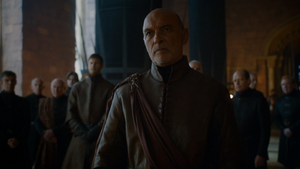 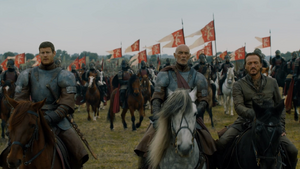 Randyll, with Dickon and Bronn, leading the Lannister army.