Bouncer of The Broodals

He was voiced by Go Shinomiya.

Rango appears to be the tallest Broodal. He is dressed in orange pants, a white button up shirt with a red bow tie, and a yellow hat with a blue spiky ring around it and sometimes also a spike on the top.

Dark Side brochure describes Rango as The Broodals' bouncer and the best hat-handler. It says that Rango is a bit of a scatterbrained, but skills with his boomeranging hat make up for more than this penalty. He also seems to have control over his hat when he throws it.

Rango appears in Super Mario Odyssey when he and the other Broodals which are Topper, Harriet and Spewart traveled the world and stole things to help Bowser prepare his wedding with Princess Peach. Every time Rango will appear with the others on their airship and talk to Mario, then one of The Broodals will jump down to battle Mario. Rango is the main boss in Lake Kingdom and Snow Kingdom, he throws his hat like a boomerang with saw blades to attack. To defeat him, Mario must wait for Rango to throw his hat, at that moment, Mario must throw Cappy against the hat, so it will stop moving and turn upside down, which Mario must take advantage of to jump on the hat, so he will get high enough to jump on Rango's head. After taking damage, Rango will hide in his hat and start jumping towards Mario in an attempt to damage him with its blades, before repeating the previous battle strategy. After taking damage three times in the same way, Rango will be defeated.

In Bowser's Kingdom, Rango and the other Broodals drove a robot called RoboBrood to battle Mario. 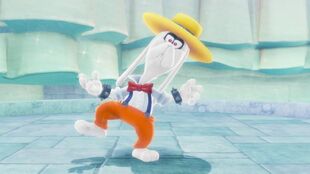 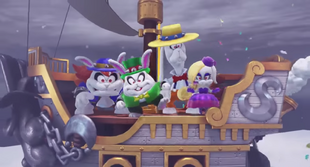 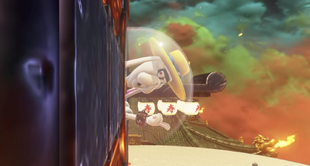 Rango as a pilot of RoboBrood. 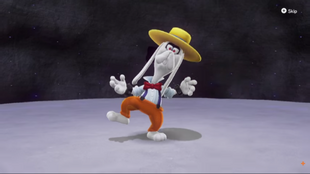 Rango's last encounter in Dark Side. 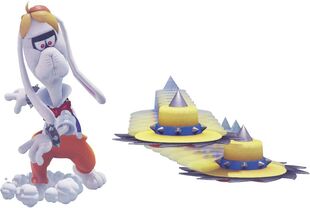 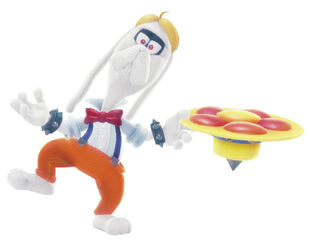 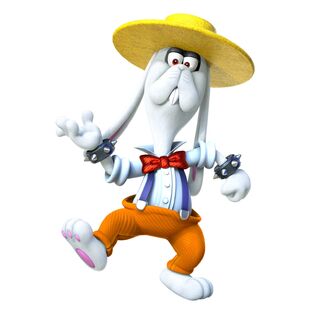