Torture as many people as possible.

Rap Rat is the titular antagonist of the Creepypasta of the same name. It is a supernatural puppet character appearing in a demonic video that, when put in a VHS player, will start off with normal conversation, but will soon show graphic images of what the viewer(s) currently fears. Rap Rat is also known to give the viewers vivid and disturbing nightmares after watching the tape.

In 1992, the year of the game's development, a company called "A Couple A' Cowboys" had commissioned a manufacturing company in Haiti to create the doll portrayed in the game. The company who created the puppet ran a sweatshop, where they forced women and children to produce the various components of the puppet, including the felt and plastic of the doll.

One day, a young Haitian girl got her arm caught in the industrial sewing machine. The spring-loader, unable to handle the weight on the machine, came loose and struck the child's neck, killing her instantly. A few days after the funeral, the mother of the child came to the factory, demanding to see the owner, who denied that he had anything to do with it. In a fit of rage, the mother said that the "blood from the innocent" would seep into every crevice of the doll, every component with which it was created and all who touched it would die. She claimed to have summoned a "fear demon" and screamed, at the top of her lungs, "Aparat will curse you!"

The owner simply laughed and told his corporate bosses about Aparat. They spread the joke from person to person, and the game was renamed "Rap Rat", a loose anagram of Aparat. Each recitation of the name Aparat brought with it a greater and greater curse. Only three years after "Rap Rat" was created, the company was shut down and the owners hired by Mattel.

There were stories of the workers begging for days off, skipping work for weeks and weeks, finding the puppet in strange places. Sooner were the stories of suicides. Grim, violent suicides in which the workers would stab their hands and burn themselves to death, writing "I AM FEAR" on the nearest surface in blood.

Nobody knows where the Rap Rat doll went after the original creators disappeared. Some say that the last things the victims saw before going insane were large, sunken, fish-like eyes.

The story begins with the protagonist telling how he and his brothers received the video board game "Rap Rat" from their mother. Upon playing the video, Rap Rat appears and begins instructing the players. The narrator and his brothers are horrified by Rap Rat's creepy appearance, but continue anyway. Before long, gruesome and disturbing images such as a hornet stinging someone's eye, syringes, snakes, spiders, and a man about to commit suicide flash onscreen. Terrified, the boys run out of the room and have the mother shut it off and discard it. The protagonist reports nightmares for about a week.

Years later, the protagonist and his girlfriend plan on moving in together. The narrator rummages through a closet and finds the game. His girlfriend doesn't understand why he is so terrified of it, so he borrows a VHS player and shows her. However, this time it showed images of a bloody clown and a man forced to pick up scalding hot metal. Rap Rat begins convulsing, growing real fur and turning its eyes inside out. The screen cuts to static, and there is a scratching on the walls and door of the house. Soon, the scratching abruptly stops, and a neighbor reports seeing a figure outside the door. The narrator crushes the video. The narrator and his girlfriend have extreme nightmares for weeks afterwards.

Intending to sue the company, the narrator and his girlfriend track down the manufacturer, a company called "A Couple of Cowboys", which became defunct in 1994. They discover Rap Rat's demonic origins and soon find the video intact. They keep it, intent on making sure that none ever view it again. However, any time the protagonist or his girlfriend mention Rap Rat's name, they are met with the scratching and thumping that they heard that fateful night. The narrator clams he feels Rap Rat stalking him, and that it is too late to go back.

Rap Rat is described as a plastic rat with enormous ears, a swollen mouth with two oversized teeth, and huge, glassy, fish-like eyes. Upon transforming, it grows needle-like fur, inside out red eyes, sharp teeth, and clawed, inhuman hands. 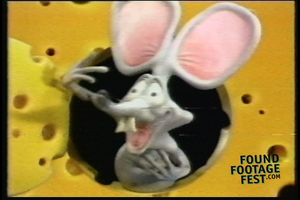 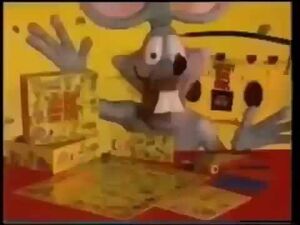 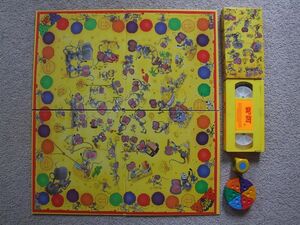 The Rap Rat board game with pieces, die, and video. 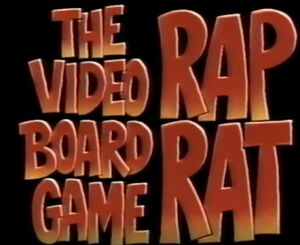 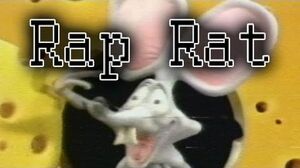 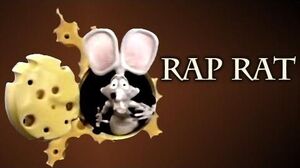