Defeat Castiel and restart the Apocalypse (all failed).

Raphael is a villain appearing in the TV series Supernatural. He is a minor antagonist in Seasons 4 and 5 and one of the main antagonists in Season 6, along with Crowley and Castiel.

He was portrayed by Demore Barnes in the episodes "Free to Be You and Me", "The Third Man", and "The Man Who Would Be King", and by Lanette Ware in "The French Mistake" and "The Man Who Knew Too Much".

Raphael was an Archangel, alongside Michael, Lucifer, and Gabriel. He was created, along with his three brothers, for the sole purpose of defeating the Darkness, God's own sister. Raphael, along with Michael, Lucifer, and Gabriel, fought back with their father against their aunt and imprisoned her. He later ran Heaven alongside God and the other Archangels, and was often engaged in discussions of the upcoming Apocalypse, which to the Archangels, became "Sunday dinner", as Gabriel later remarked to the Winchesters.

In Season 4, it is revealed that Raphael was the Archangel protecting the prophet Chuck Shurley (who unknown to him was really his father in disguise) and thus the one responsible for smiting Castiel when he attempted to help Dean Winchester prevent Sam Winchester from killing Lilith and thereby thwarting the angels' plans to set off the Apocalypse.

In "Free to Be You and Me", Castiel believes that Raphael knows where God (Who disappeared from Heaven long ago) is, so he and Dean track Raphael to a town. Raphael appears in the abandoned house, causing a storm but doesn't harm them as Dean noted he may be afraid God will resurrect Castiel again before Dean introduces himself. Raphael states he knows and tells Cass that he will take Dean to Michael but Dean refuses and reveals a circle of holy oil they use to trap him in a ring of holy fire.

When Castiel demands to know where God is, Raphael asserts that God is dead. Castiel refuses to believe him, and he and Dean leave the Archangel in the ring of holy fire. Raphael warns Castiel that he will find him, but Castiel replies "Maybe one day, but today, you're my little bitch." Dean agrees with Cass and they leave the area.

Raphael somehow manages to escape (off-screen), and takes over as one of the main antagonists in Season 6, following the Apocalypse being stopped by the Winchesters and Castiel being sent to preach free will and truth to the angels. Raphael summons Castiel before him and tells him of his plans to free Michael and Lucifer from Hell so he can re-start the Apocalypse, and orders Castiel to tell his followers to side with him. When Castiel refuses, Raphael blasts him, telling him he will either join him or die. This forces Castiel to make an alliance with Crowley, now the King of Hell. Crowley gives Castiel 50,000 souls from Hell to empower Castiel; with it, Castiel and his followers declare war on Raphael.

In "The Third Man", Raphael later comes to Earth, searching for Heaven's weapons, which the angel Balthazar stole. He confronts Castiel and casually beats the angel up, stretching out the beating to hurt him more before finally trying to kill him while boasting he doesn't think their father will resurrect him again. However, Balthazar intervenes, turning Lot's Salt on the Archangel, reducing his human vessel to salt and banishing him back to Heaven.

In "The French Mistake", Raphael sends Virgil, the weapons keeper of Heaven, to regain Heaven's weapons, believing Castiel had given them to Sam and Dean for safekeeping. By the end of the episode, Raphael, now occupying a female vessel, confronts the brothers after they return from an alternate universe, only for Balthazar to interrupt. He prepares to kill Balthazar, only for Castiel to arrive and reveal he has all the weapons under his power, forcing Raphael to flee.

In "The Man Who Knew Too Much", following Castiel betraying Crowley over gaining the millions of souls from Purgatory, Crowley makes a deal with Raphael, who arrives protecting Crowley from Castiel's wrath and scares Castiel off. However, Castiel tricks him (again) by swapping the blood needed to open Purgatory for dog's blood, meaning Crowley and Raphael's spell fails while Castiel absorbs all the souls. With his now much-greater powers, Castiel negates Raphael's powers to prevent his escape and allows Crowley to escape. Castiel taunts Raphael who pleads to him as he asks why he allowed the demon to escape but not his own brother but Castiel says he has plans for the demon but destroys Raphael in the same way the Archangel had originally destroyed him.

God Himself mentions Raphael, commenting that He could resurrect the two deceased Archangels (Gabriel and Raphael) to fight the Darkness, but this would take far too long because the Archangels are beings of cosmic power and if God tried, the Darkness would have taken over Creation before God was even done. 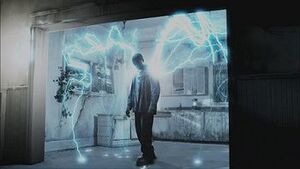 Raphael manifest his vessel on Earth. 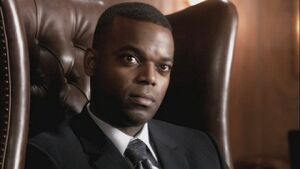 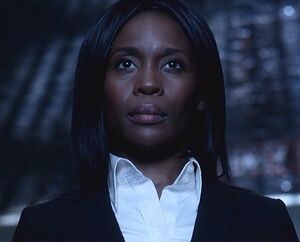 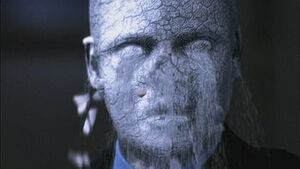 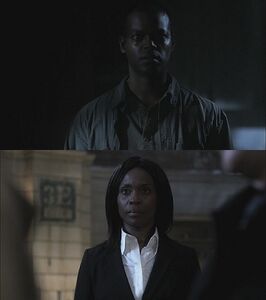 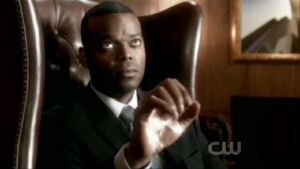 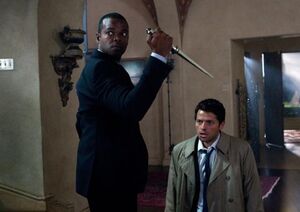 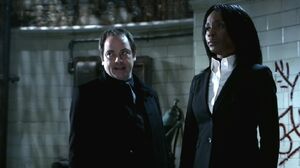 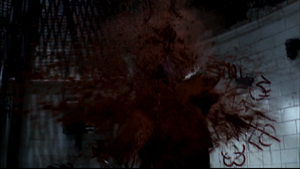