Claws
Stench
Can spray acid out of their mouth

Poisoning everything in sight.

Raremon is a Champion Level Digimon that resembles a sludge-like undead monster with metal and wires on his body. It has two sets of claws attached to its arms and two red eyes. It is also known to give off bad breath and a horrible stench.

In it’s Ultimate form, RareRaremon, it is a larger heap of rotting flesh with an armored face. On its face are multiple red eyes and its mouth is on top of its head resembling like a Venus flytrap. It has multiple mouths with rotten teeth. It has the ability to digest anything that goes in its body.

Raremon can dwell in the water and spew toxic sludge. In Digimon Adventure:, it has the ability to digest anything it eats, and also absorb attacks from other Digimon such as Greymon and Kabuterimon. It’s only weakness is ice.

After Koji fought some Pagumon who were torturing J.P. and Tommy, a Pagumon Digivolved to Raremon and fought Koji. Raremon managed to push Koji into a pit, believing that he defeated him. However, Koji mannaged to acquire his new Spirit Of Light, he Hybrid Digivolved to Lobomon. Lobomon  managed to defeat Raremon and absorbed Raremon's Fractal Code.﻿

A group of Raremon work for Matadormon. They were originally Matadormon's prisoners but were mutated into mindless monsters that attacked anyone who entered the underground complex.

While Izzy and Tai visit a junkyard, they meet Garbagemon and Chuumon, who told them that Raremon attacked the junkyard and devoured several Chuumon. Greymon and Kabuterimon try to stop Raremon, but it was immune to their attacks.

While confronting Raremon again, Garbagemon fires an ice bullet in an attempt to defeat Raremon and avenge the other Chuumon, but Millenniummon’s dark power digivolves Raremon to RareRaremon. It attempts to kill MegaKabuterimon by digesting him, but thanks to Izzy’s knowledge and intelligence, MegaKabuterimon and MetalGreymon finally defeat it by freezing it, becoming a lifeless statue, putting an end to its reign of terror. 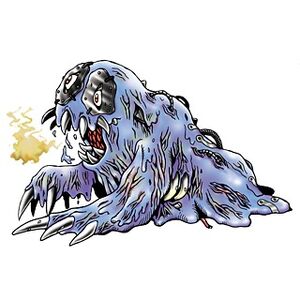 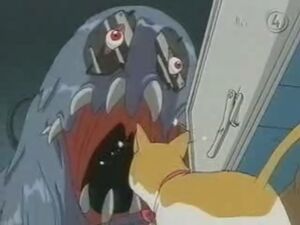 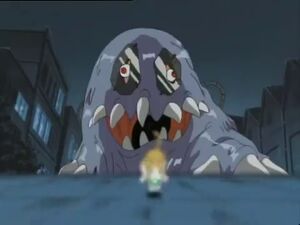 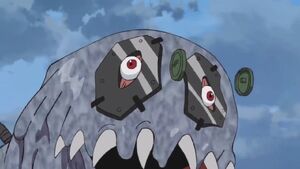 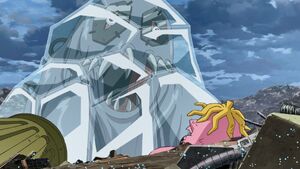 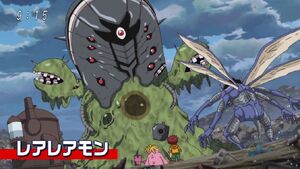 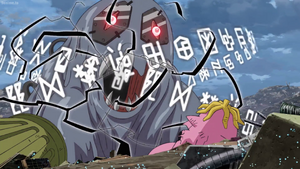 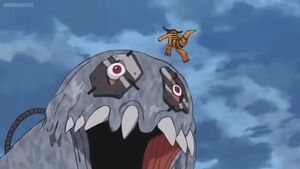