Raymond Sullivan is one of the two main antagonists (alongside Tyrone King) in the video game Dead Rising 2, and a supporting protagonist in the what-if story in Dead Rising 2: Off The Record. He is a security officer who watches over the safe house in Fortune City. But he is later revealed to be an undercover Phenotrans agent and responsible for the outbreak of both Fortune City and the outbreak of Las Vegas.

He was voiced by Phil Hayes.

Sullivan works as a security guard in Fortune City. He provides a bunker for all the survivors. When Chuck Greene tries to get in, he refuses to allow him since he is worried that his daughter, Katey, will turn into a zombie and turns the others as well. However, Sullivan reluctantly allows them in when Chuck convinces him that he has the Zombrex to help her. When Chuck is framed for the outbreak, Sullivan does not believe in his innocence, but nevertheless allows him to round up survivors.

Near the end, Sullivan murders Rebecca Chang, a reporter investigating the outbreak. This reveals he was working for Phenotrans all along. He then tries to kill Chuck, Katey, and Stacey as well, but fails. After Chuck manages to fight him off, he takes all the evidence implicating Phenotrans and attempts to escape Fortune City via skyhook extraction. Chuck confronts him just as he is about to escape via an AC-130. Sullivan is revealed to be responsible for the deaths in Las Vegas, including Chuck's wife and Katey's mother. He rants about his motivations for doing this: Phenotrans needs zombies to harvest the queens needed for the anti-infection drug Zombrex, and Sullivan came up with the plan to intentionally infect entire cities with the zombie parasite to harvest them for Zombrex, intended to save the lives of VIP´s (doctors, politicians, CEO´s, celebrities and etc) for the survival of their country. Upon learning this, Chuck ragefully argues with Sullivan, rightfully telling him that his actions are wrong, as Sullivan enraged and foolishly proclaims that his actions are justified when they’re not, as Chuck attacks Sullivan in pure rage.

A boss fight ensues, which is a mix of shooting (Sullivan is armed with an incredibly accurate and powerful pistol) and hand-to-hand combat (Sullivan is highly adept at fisticuffs despite his age). Eventually, in the middle of their struggle, a round from the AC-130 hits the platform Sullivan and Chuck are standing on, knocking Chuck down and giving Sullivan a chance to signal the AC-130. Just as Sullivan is grabbed by the skyhook, he taunts Chuck, foolishly proclaiming he’s the good guy not Chuck, but Chuck outsmarts him as he attaches Sullivan's waist to a railing with Sullivan's own handcuffs, causing the extraction to tear him in half. Finally putting an end to his pathetic life, false beliefs and actions.

Sullivan has no villain role in Dead Rising 2: Off the Record. Instead, he has a heroic role. He allows Frank West to save the survivors, just like Chuck in the original game. Sullivan greatly admires Frank for his work in the Willamette Incident, and is mostly friendly, in contrast to the antagonistic relationship he had with Chuck in the original game. When Stacey is framed for the outbreak, he doesn't believe in her innocence. His role of being the main villain is replaced by Stacey Forsythe. When Frank reveals Phenotrans as the true masterminds behind the outbreak, she (like Sullivan) shoots Rebecca and reveals herself as a Phenotrans agent.

However, unlike Sullivan in the original game, her aim is off and she only manages to wound Rebecca. She then shoots Sullivan and holds Frank at gunpoint, ranting about her motives for starting the outbreak. Sullivan however, unfazed at getting shot, gets up, and punches her in the face, letting Frank take her gun and fight her off. However, in the struggle, Sullivan is shot several times. After Stacey runs away, Sullivan gives some encouraging last words to Frank before dying. 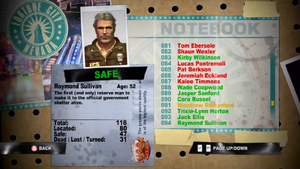 Sullivan in the notebook entry. 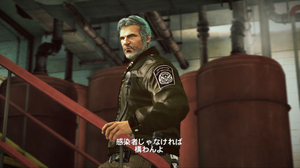 "We can't afford to have any infected in here." 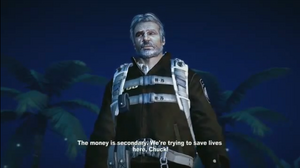 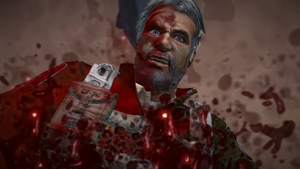 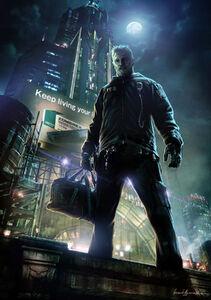 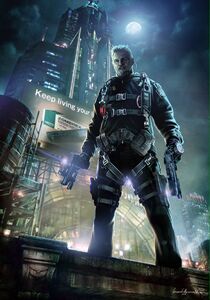 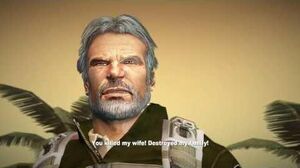 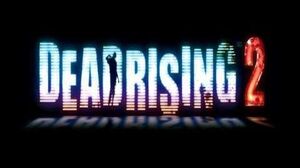