Kill Rayman and make him into a trophy (failed).

Unlucky and unwise is he who risks entering my domain. Let's give him a warm welcome.Razoff upon Rayman entering his house.

You will look perfect in my living room. Stuffed and mounted on my wall!Razoff about Rayman.

Count Razoff Shoedsackovskaïa is an antagonist in Rayman 3: Hoodlum Havoc. He is a tall, thin Teensie (or Lizard)-like humanoid in a red outfit with a large hat who lives in a huge mansion in the Bog of Murk where he hunts any outsiders who wander into his domain like animals, parodying The Most Dangerous Game.

Rayman first fights Razoff in a sprawling battle all throughout his otherwise deserted mansion, where Razoff suddenly appears with his gun in different rooms to attack Rayman, and runs away when hit. After taking enough damage, Razoff retreats into his cavernous basement where he fights Rayman with a giant wrecking ball. After this second fight, Begoniax, a swamp hag previously fought in the same world, shows up and starts dominating Razoff, apparently being his lover. Rayman uses a portal in Razoff’s secret chamber to go to the next world, leaving the two to each other.

Razoff also stars in three of the unlockable mini–games, one of which is a first–person shooting gallery, another where you control his wrecking ball to squash toads occupying his basement, and one in which he fights Hoodlums. 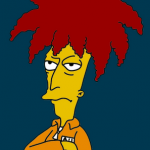 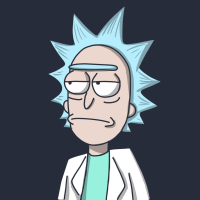