Capture childrens and take them to the slaughterhouse.

Sacrifice Djuba to avenge the death of his son.
Kill Skän and prevent resurrection of the Cosmic Great Dragon (all failed).

Razza (also known as the Souls Thief or the Great Separator) is the main antagonist of the French-Korean movie the Rain Childrens. He is a nameless demon obsessed with souls who became tyrant of a Pyross town named Orfalaise, he is Akkar's father, Kirses's master, Skän, Tob, and Otar's former master and the responsible for the death of the Great Cosmic Dragon and the father of Skän, Rodos.

He is voiced by Frederick Cerdal in French version.

In his true form, Razza has longer horns, a lipless mouth filled with fangs, a spiked back, clawed hands, hooved legs and a spiked abdomen.

When the Soul Thief slices the Great Cosmic Dragon in two. The climates are divided into two opposite seasons and the men into two enemy peoples, the Pyross and the Hydross.

Years ago, he named himself Razza and became a high priest who plunged Orfalaise into the tyranny of the war, but Skän's mother, Beryl, impregnated the speech, because the population of Pyross diminishes, pissed off, he ordered his counselor Beryl to arrest him and sentence him to prison. Beryl asked his son Skän to beware of Razza and his followers.

Despite training, he sees his son running, forcing him to obey him and returning home. Since training to wield swords, he heard a dragon and sent Kirses to send Beryl to the dragon cell. Since Skän lost his mother, Razza has finished killing Skän's parents.

Sixteen years later, when Skän, Tob, Djuba and his son Akkar became adults, he organized a party to kill Gulines, Skän managed to kill two Gulines, he ordered his son Akkar to make Skän his squire.

During his speech, he sent his son Akkar with Skän during the trip to the Hydross's city Amphibole.

Furious that his squire is not there and his son is dead, he will exterminate all those who oppose him, provoking a sacrifice for the Souls Thief.

While the rebellious party party, Master Otar warns that Razza has gone mad since his son died and threatens to sacrifice the Pyross people.

Skän, Tob and the rebellious arrive at Orfalaise, Razza sacrifices Djuba, but Skän stops him by cutting Razza's right hand with an arrow. Razza flees but Skän chases him. 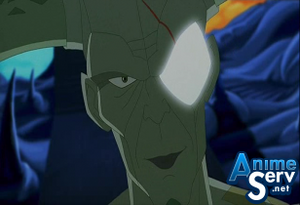 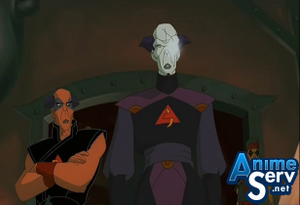 Razza with his son Akkar. 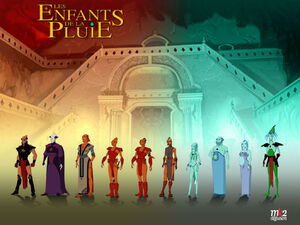 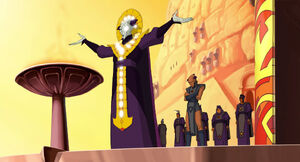 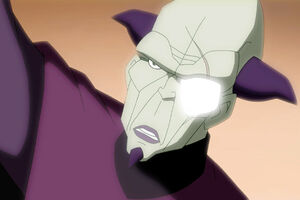 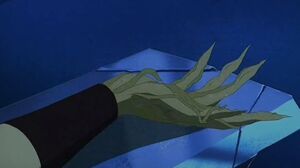 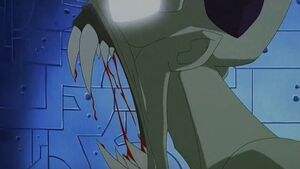 Razza roaring and showing his fangs.
Add a photo to this gallery

Retrieved from "https://villains.fandom.com/wiki/Razza?oldid=4215427"
Community content is available under CC-BY-SA unless otherwise noted.