Proficiency with various guns and other standard weaponries (common)

Cause chaos and fear in Empire City (partially succeeded, but then failed).

The Reapers are one of three villainous organization as well as first antagonistic faction that Cole MacGrath must deal with in InFamous.

They were the most feared and chaotic organization throughout the game (even outclassed their rival Dust Men), responsible for brutally increased the crime rate in Empire City and make the life of everyone in the city become more miserable than ever not long after Ray Sphere Blast that resulting the city being quarantined due to the said blast caused Ray Field Plague outbreak.

Reapers are shown to be extremely aggressive and violent, as they are forthright to kill anyone that stood on their path, even if it includes police officers. When Cole enter their main lair, it is later revealed that some of the reapers are innocent people that brainwashed by Sasha's tar.

According to Cole MacGrath, the first of the Reapers were typical criminals includes drug addicts, hooligans, and petty criminals dealing drugs and creating minor crime around Empire City. However, they immediately become more dangerous and deadly after Ray Field Blast that done by Kessler so his younger self Cole gained his powers. How this was happened were due to during the blast, Sasha, whom recently fired from First Sons, were consumed by the blast and gained power to generate and manipulate mind-controlling Black Tar from her own body. Using her newfound powers, she brought all criminals in the city to her side (which likely done via brainwash with the said tar), and formed Reapers, a faction of red-clad gangs that terrorize Neon District.

Under Sasha's manipulations, the Reapers had made several plans to expand the organization using normal people through the use of force and contaminate the water supply of the Empire City; use the water system and infect the population with the drug for all people of the city serve Shasa. They made all the ways to contaminate the population, the techniques included barrels pump mounted on water towers, an armored tank truck that pumped tar the main system water under the bridge and through the use of valves city holding civilians captive while spraying tar.

In addition to contaminating the water supply, the Reapers had done several other crimes and operations to try to keep citizens in the Neon and Empire City in fear, such as the mass murder on civilians, gang wars (be it either with Dustmens or First Sons soldiers), police massacre and among many other crimes that were considered inhumane. These were done to warn everyone not to stood on their path.

They were successful in brainwashed an untold number of civilians, but through the combined efforts of Trish Dailey, Cole MacGrath and medical survivors across the city, the spread of black tar was gradually decreased until no more citizen was left not being controlled.

After Cole failed the Reapers' evil plan in Neon District and deprived them from their resource, Cole was finally have the opportunity to confront Sasha personally to put an end of her reign once and for all. As he explored the Reapers' lair that located in the underground complex below the city, he discovered how Reapers expand their numbers by kidnapping countless innocent people as he fought his way for Sasha's throne.

The battle between Sasha and Cole ensued, in which by he managed to weakened her after damaged the device that she used to control the black tar secretion on her body. When he goes to interrogate her however, they were ambushed by mysterious soldiers with gas masks, forced him to flee while the soldiers brought Sasha away.

With their leader gone, remaining Reapers began to lose morale, allowed surviving police to arrest them all.

It's later revealed why Firsts Sons interfered Cole's interrorgration on Sasha and took her away was so they used black tar for their own gain, this time to cause entire city to become more chaotic and hostile to Cole. This also caused remaining Reapers to become more chaotic than when Sasha held authority on them. Just as Cole tried to stop their evil plans, Sasha told Cole through telepathy that she would try the best to keep the affected civilians and rampaging Reapers away from him as they have Kessler as common foe.

Sasha was able later to escape captivity and returned to the Reapers, which made them active again. Moya Jones and the NSA would later attack the Reapers in their new obscure base, and abduct Sasha. Shortly after Kessler's death, several Reapers attempted to defend Sasha from Moya's forces, but they failed to defend their leader and were killed. Later, after the death of Moya, a defeated Reaper is seen in Cole's hands as Lucy Kuo enters Empire City. What happens to the remnants of the Reapers is unknown, but it is likely they were all killed when the Beast destroyed the city. 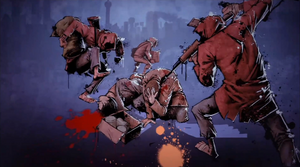 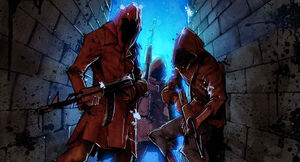 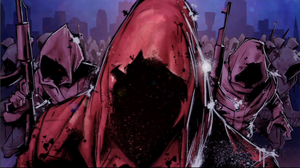 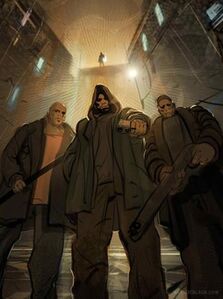 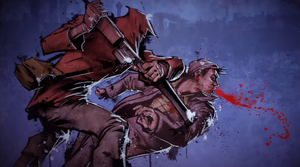