Kill the Green Arrow and collect the bounty of his head (failed).

Red Dart is a DC Comics villain and enemy of the Green Arrow.

Red Dart is a woman armed with trick darts and a member of the Longbow Hunters, a team of villains assembled by Richard Dragon. She teamed with Brick and Killer Moth in an attempt to collect a three-million-dollar bounty on Green Arrow, which they intended to split three ways. Although the trio put up a considerable fight, they were defeated by Green Arrow and his half-sister, Emiko.

The first Red Dart was Jonathan "Midas" Mallory, who donned a costume to become Star City's latest hero. He was later unveiled by Green Arrow and Speedy as a villain, and they therefore defeated him.

The second Red Dart was an unknown prisoner in Belle Reve who bought the name and equipment from the first Red Dart and started a mostly unsuccessful career. His greatest feat was the theft of Kyle Rayner's Green Lantern Ring (while Rayner was unconscious) in the middle of a prison riot and gave it to Prometheus to analyze, on the eve of Maggedon's attack. He returned later the ring, on Prometheus' orders.

Red Dart makes her live-action debut on the TV series Arrow, as a supporting antagonist in Season 7 alongside the other members of the Longbow Hunters, who are a trio of assassins working with crime lord, Ricardo Diaz.

She is portrayed by Holly Elissa. 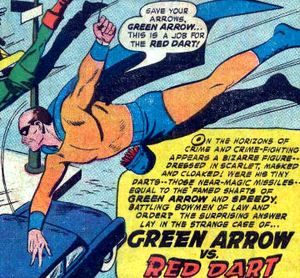 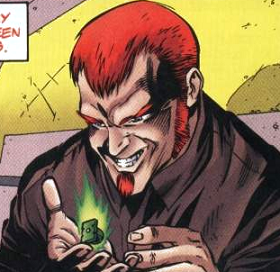 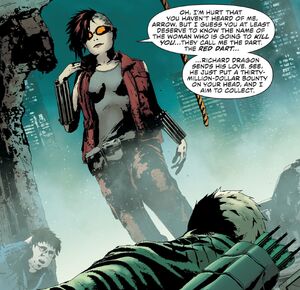 Red Dart from the New 52 comics. 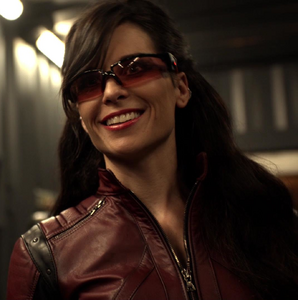