Help Lex Luthor and Kaznia in their plans.

Red Daughter (Russian: Красная Дочь, pronounced Krasnaya Doch') is one of the two secondary antagonists turned anti-hero of the fourth season of Supergirl (alongside Eve Teschmacher). She is a genetic template of Supergirl, who was created during the third season finale and is working for Lex Luthor and the country of Kaznia to take down America.

She is portrayed by Melissa Benoist, who also portrays her heroic template, Bizarro and Overgirl.

As Kara Danvers used some Harun-El to transport herself, Samantha Arias and Reign to Juru to defeat the Dark Kryptonian, the stone released a torrent of dark magic, which soon ventured into the Siberian Border and materialized into a copy of Supergirl. The copy, clad in a blanket, ventured forth through the snow and approached a group soldiers at the border.

5 months later, Kara's copy was seen punching through the rocky walls in a secret mine in the mountains of Southern Kaznia. Presumably, her strong punches caused an earthquake which created landslides above and destroyed part of a railroad track. After Supergirl saved a Kaznian train from being derailed, the copy continued her work under the watchful eye of the soldiers.

When the U.S.-based anti-alien hate group known as the Children of Liberty released Kryptonite into the Earth's atmosphere, Kara's copy was placed into a special confinement cube to protect her. A couple of days later after L-Corp nanites were used to purify the atmosphere of Kryptonite particles, she was released and resumed her training.

She gets raised By Lex Luthor into thinking that Supergirl is the enemy and frames her by attacking the White House. She later fights Supergirl and realizes that she is wrong about humanity but gets betrayed and killed by Lex Luthor. Red Daughter tells Supergirl that she was right, sacrificing herself, and merges back into Kara. With the two now merged together, Supergirl is able to defeat Lex Luthor. 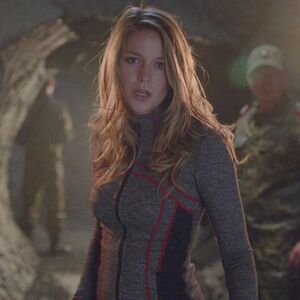 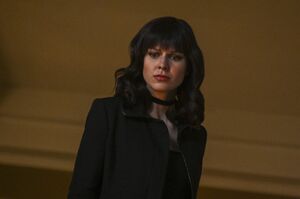 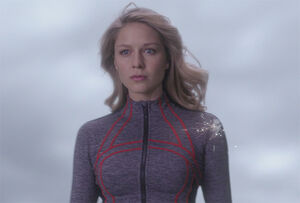 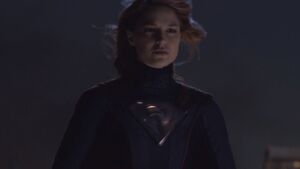 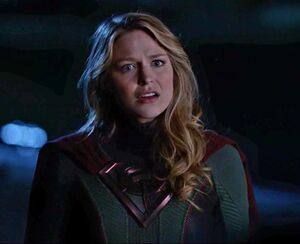 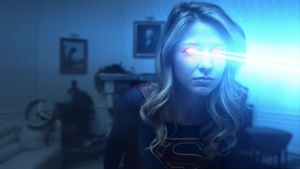 Red Daughter attacks the White House while guised as Supergirl. 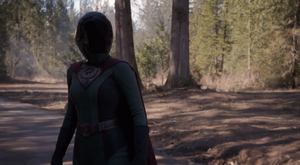 Red Daughter in her new suit. 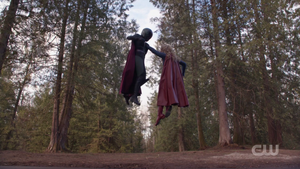 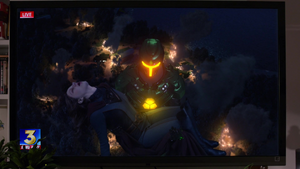 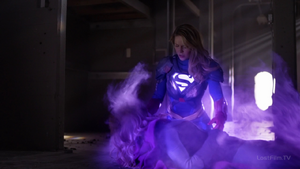 Red Daughter merges back into Kara.