Maintain their control over Hong Kong

All sorts of criminal activities

Mobsters
The Red Dragon Triad (Chinese:紅龍) is a Chinese criminal organization based in the region of Hong Kong, and a supporting antagonistic faction in both Hitman: Codename 47 and Hitman: Contracts (through flashbacks and remake missions).

The Red Dragon Triad were a group of Chinese traid led by Lee Hong, a seemingly untouchable crime lord, who had usurped the position from his uncle in 1970s. It had maintained absolute control over a large part of Hong Kong, up until Agent 47 instigated a mob war between the Red Dragon and the Blue Lotus Triad to assassinate Lee Hong through Dr. Otto Wolfgang Ort-Meyer's contract.

After instigating the death of a negotiator of the Red Dragon Triad, as well as the deaths of seven Blue Lotus Traid members (including one of their negotiators), 47 successfully sparked a gang war by framing both of the parties, and he seized this chance to inflitrate the Wang Fou Restaurant, which served as a brothel and connection to the gang, so that he could find Lee Hong and assassinate him.

After Lee Hong's demise, the Red Dragon Triad itself fell into anarchy. 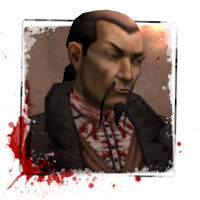 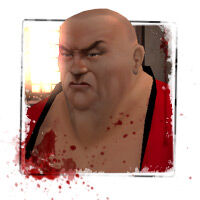 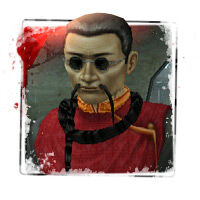 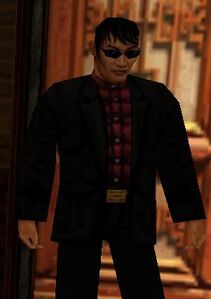 A bodyguard of the Red Dragon Traid in Hitman: Codename 47 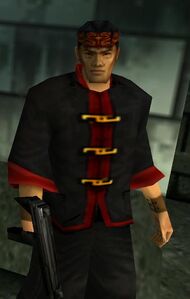 A bodyguard of the Red Dragon Traid in Hitman: Contracts
Add a photo to this gallery

Retrieved from "https://villains.fandom.com/wiki/Red_Dragon_Triad?oldid=4258633"
Community content is available under CC-BY-SA unless otherwise noted.