Getting massaged by beautiful women.

Deliver the Lektor and to follow after Klebb's bidding and orders as well as of Ernst Stavro Blofeld's orders (both failed).

Animal cruelty (exclusively in the novels)

Donovan/Donald "Red" Grant is the secondary antagonist of the 1957 James Bond novel From Russia with Love and the central antagonist of its 1963 film adaptation.

He is an assassin who works for SPECTRE who was tasked to kill James Bond and deliver a Lektor to his superiors. Grant is considered as one of the most famous James Bond henchmen of all time, alongside Oddjob and Jaws.

He was portrayed by the late Robert Shaw, who also played Mr. Blue in The Taking of Pelham One Two Three.

Red Grant is a ruthless assassin working for SMERSH, well-known for his effectiveness and brutality. His bloodlust is not limited to his job; he frequently flies into fits of homicidal mania and kills young peasant girls. His superiors are aware of his "hobby", and provide him with victims as a reward for carrying out especially dangerous missions.

Grant is sent by SMERSH superior, Rosa Klebb, to intercept James Bond while safeguarding their pawn Tatiana Romanova in the Balkans. Grant encounters Bond aboard the Orient Express posing as an agent sent by M named Norman Nash. He puts a sleeping pill in Tatiana's drink to knock her out before holding Bond at gunpoint. He is eventually killed by Bond while on the train.

Red Grant, also known as Donald Grant, works for SPECTRE and is assigned the task of assassinating James Bond to avenge the death of Dr. Julius No.

The pre-title sequence in From Russia with Love shows Bond and Grant searching for one another. In the end Grant kills Bond, before a mask is removed from "Bond's" face to reveal that the whole thing was a training mission for Grant.

Grant is described as being a homicidal maniac who escaped from Dartmoor Prison (where he was presumably incarcerated for life) and was recruited by SPECTRE in Tangier, while on the run from the law. He has been intensively trained by the organisation and when not on a mission, he resides on SPECTRE Island.

In Ian Fleming's novel, Grant is also a serial killer who preys on young women; his fits of bloodlust coincide with the full moon. SPECTRE knows about Grant's pathology, and allows him to kill innocent people as a "reward" for fulfilling his duties.

Although it's Grant's mission to kill Bond, the early part of the film shows Grant taking on the role of Bond's protector to ensure Bond delivers (unknowingly) the Lektor encoding device into SPECTRE's hands.

Grant is killed on the Orient Express when Bond outsmarts him with the use of Q-branch's attaché case, and strangles Grant with his own garotte after a brutal fight.

In the video game based on the novel and film, Red Grant is the chief enforcer for the terrorist organization OCTOPUS. He has a female assistant named Eva. Grant does most of OCTOPUS' dirty work, but his primary mission is to kill 007 and acquire the Russian Lektor decoding device. He catches up with Bond on the Orient Express and attempts to kill him. Unlike the novel and film, he survives the confrontation unbeknownst to Bond. During the agent's final assault on OCTOPUS' island headquarters, he attacks Bond again, but this time is killed. 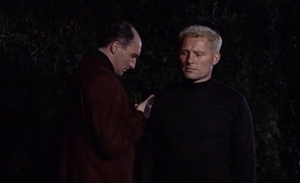 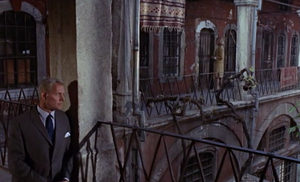 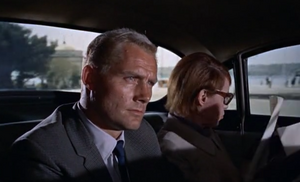 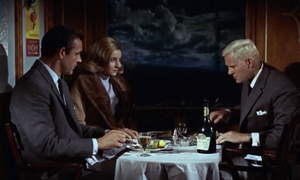 Grant having dinner with Bond and Tatiana. 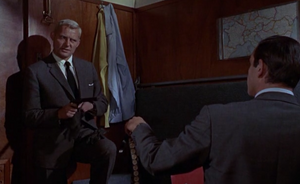 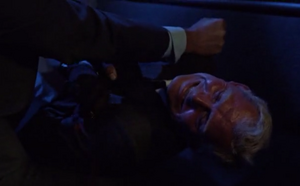 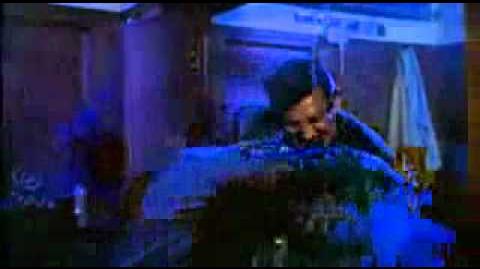