Manipulate Richard Felton and make him obey her and ruin his family. (Succeeded)

Get revenge on those who ruined her life. (Succeeded)
Kill Rosemary Reed. (Failed)

Gloria Ashmann, also known as The Red Nun, is the main antagonist of the 2018 survival horror video game Remothered: Tormented Fathers, the first chapter of the survival horror video game series Remothered. She was first introduced in 2012. Since then, she became the most popular antagonist of the franchise. She was one of the twelve nuns of the Cristo Morente cult. She is also the only survivor of the terrifying fire which destroyed the cloister of Cristo Morente. She is the most dangerous enemy in Remothered: Tormented Fathers. Moths seem to obey her will, so she can summon moths. She possess telekinetic abilities that cause lights flicker and electronics act up when in her presence. She also has photophopia (light sensitivity) probably as a result of a side effect of the drug called Phenoxyl 2.0.

She was voiced by Lani Minella.

According to information found within Felton villa, the Red Nun was once a daughter of the very wealthy and prominent Ashmann family, who were major shareholders and financial backers to the RossoGallo company owned by Arianna Felton.

A mysterious disease started to effect everyone around the RossoGallo farm including twelve nuns in Cristo Morente convent. According to another information, Professor Albert Elias Wyman used the nuns as test subjects for the drug that he created called Phenoxyl 2.0. Drug had leaked and contaminated the farmland and the groundwater. But, the side effects of the drug was horrifiying; painful ulcers, vomiting, proliferation of parasites and, in some cases, keratosis photosensitivity. On November 8th, 1971, the Cristo Morente convent, the RossoGallo fields and a wing of the Ashmann palace all went up in flames due to inflammable liquid being poured into the irrigation system and the piping in the convent. All the nuns except the Ashmann's daughter perished in the blaze. Professor Wyman was a suspect for causing this fire but there was no proof so he was declared innocent. Later, Professor Wyman commited suicide.

After Ashmann's daughter (Red Nun) survived from the fire, she followed Celeste Felton, Dr. Richard Felton's daughter, to her home and showed up at the door after the girl's return. Richard Felton believed this as a divine sign and a means to getting his daughter back. But, Red Nun was seeking revenge against Feltons for second Phenoxyl prototype and the subsequent fire. She manipulated Richard Felton and made him lock his wife and daughter away in Celeste's room. Red Nun even made Richard blame Celeste for his pains so he ended up believing that his pains would stop if he kills Celeste. Later Red Nun made Richard kill Celeste in her sleep.

Red Nun introduces herself as Gloria, personal nurse of Richard Felton. Later, she showed up as Red Nun and began to chase Rosemary in order to kill her. While Rosemary was inside the elevator, Gloria showed up and told Rosemary to go to the treatment room so they could hide themselves while they are waiting for the police. Rosemary found out the truth about Red Nun in the treatment room of the mansion. Gloria drugged Rosemary and introduces herself as Red Nun. Rosemary finds out that she is Gloria Ashmann. Later, she ties up Rosemary to a chair. She cuts Richard Felton's tongue and tells him to burn everything including Rosemary. Rosemary manages to survive this and burns Richard Felton before he burns her. Later, Rosemary manages to get inside the elevator but gets attacked by Gloria. Rosemary injects the cornisone that she finds in the treatment room to Gloria and make her blind. Rosemary goes up to the attic and gets attacked by Gloria again. She manages to inject another dose of cornisone to Gloria which makes her completely blind. Rosemary turns on the lights and make sunlight fill inside the attic through the windows. Rosemary opens the windows and Gloria tries to attack Rosemary and falls down from the open window to the ground. Gloria, lying on the ground dying, tells Rosemary that she could be one of them but she left them to die instead. Rosemary tells her that she can't remember anything. Gloria tells Rosemary that she doesn't want to die with hatred and hopes for forgiveness. Rosemary forgives her. Gloria dies peacefully.

As her moniker suggests, the Red Nun is dressed in a blood red habit with a matching embroidered outer robe with wide, billowing sleeves. The only parts (that are not red) of her habit are the white wimple, guimpe, and coif, which cover her neck, shoulders, head, and the upper half of her face. On her head, there is a huge, elaborate cornette that has many red threads hanging around its perimeter and aids in obscuring her face. The order she belongs to chose the color red to underline the sinful and malevolent nature of women.

The Red Nun is an utterly intimidating and dangerous enemy, even more so than Richard Felton, as the latter fearfully flees from her, begging for another chance to kill Rosemary Reed. She is accompanied by moths that generally seem to obey her will, and she is always equipped with a spear fashioned from a stiffened, sharpened human spinal cord that bears a passing resemblance to a caduceus. There is evidence of her possessing telekinesis, as lights flicker and electronics act up when in her presence, and some of the other phenomenal peculiarities in the manor can be attributed to her as well. When the Red Nun speaks, her deep voice is heard to sound very menacing and ominous, probably as a result of damage to her lungs and vocal cords due to smoke inhalation from the Cristo Morente convent fire, or because of a side effect of Phenoxyl 2.0.

Behind this terrifying and monstrous figure is a person made of flesh and bones, but a definite fanatic completely devoted to her mysterious and sinister goals. The Red Nun is apparently a very manipulative and treacherous puppet master, as Richard reveals that it was she who convinced him that Jennifer was to blame for his pain and disease, which thus led to him murdering her in her sleep. 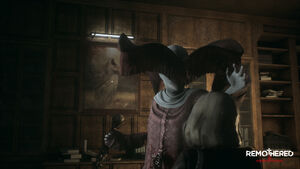 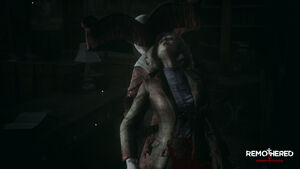 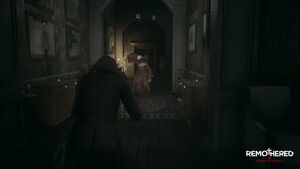 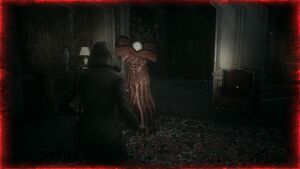 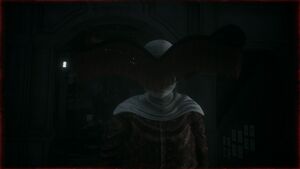 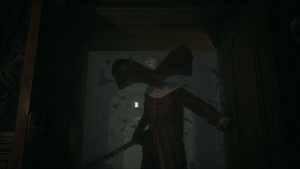 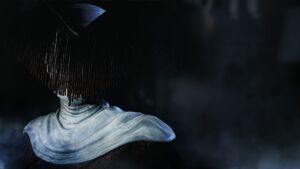 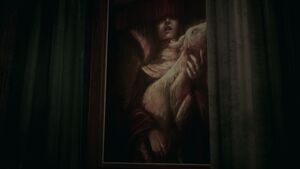 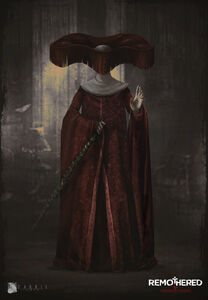 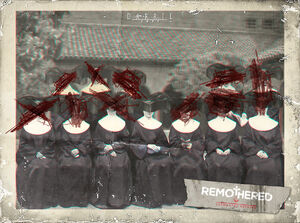 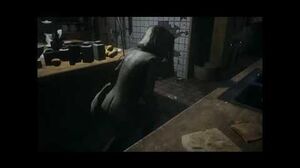 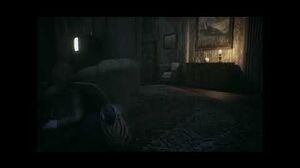 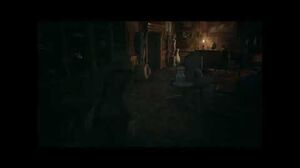 Remothered Early Access Countdown -1
Add a photo to this gallery

Retrieved from "https://villains.fandom.com/wiki/Red_Nun?oldid=2452770"
Community content is available under CC-BY-SA unless otherwise noted.