Politician (if failed to capture evidence).

Win the election for President of the United States and kill anyone who gets in his way. (depends on ending)

Reed Hawke is the main antagonist of the 1993 interactive movie video game Voyeur. He is the CEO of Hawke Industries, a company he founded after working as an astronaut. In the game, he is nominated for President of the United States and invites his family over to his manor to talk it over with them. As the game goes on, depending on the actions of the protagonist, Reed will kill one of his family members to keep them from revealing a dark secret. Depending on whether or not you record the incriminating evidence, Reed will either get away with everything, be arrested for his crimes or die.

He was portrayed by Robert Culp, who also portrayed Wallace Breen in Half Life 2.

At first glance, Reed seems like a charming and loving family man. However, Reed's true colors are that of an arrogant sociopath who is motivated by lust and determination to keep his dark deeds a secret. He will do anything it takes to keep his secrets; slandering people, blackmail, and even committing murder.

Reed Hawke was raised by his father along with his little sister, Margaret. He was a successful and popular student that excelled in sports. Sometime after his studies, he attended the US Naval Academy where he graduated with honors, becoming a fighter pilot in the Korean War. After his service in the war, he was recruited into America's space program as an astronaut. He then quit his career as an astronaut and founded a company named Hawke Industries.

Sometime he met a woman from Savannah, Georgia named Elizabeth Anderson. The two got married and had two children together. But, it wouldn't last for long as Elizabeth committed suicide in 1980.

When Reed is nominated for the presidential election, he invites his family to his manor to supposedly discuss whether or not he should run. As Reed arrives at Hawke Manor, he is pestered by a reporter who asks if he's going to buy the election. In response, Reed tries to come out looking good by saying that he's going to spend the next two days consulting with his family and claims that he is willing to risk his fortune for the future of the country, before walking away.

Chloe will meet with Reed with a tape recorder hidden on her. She opens up about Reed raping her when she was 14 and blackmails him for money. Reed appears to cooperate but says he needs time to get the money together, before threatening her. That night, Frank finds the tape recorder and gives it to Reed, who contacts Chantal.

If not warned, Reed will show up in Chloe's room, playing her tape. Chloe tries to run, but is stopped by Chantal. Reed then carries her to the bed and holds her down while Chantal injects a lethal amount of heroin into her arm. If you don't record this, Reed will run for president. If you do, he will be arrested.

You can save Chloe if you record Frank giving Reed the tape recorder and send it to her. Reed will show up in Chloe's room, take the tape, and try to kill her. Luckily Margaret is in the room and murders Reed with her golden shears. Margaret is arrested for the murder, however in the paper it shows she might not be indicted as it was a case of self-defense.

Wanting revenge for Reed stealing his project, Zack tries hacking into Reed's database, but to no avail. Luckily for him, Lara swipes the MDS disk from Chantal and he finds out that Reed falsely reported that MDS worked, when it didn't. To which, Chantal will find the MDS disk in Zack's room and give it to Reed. Reed will find out that Zack took the information off the disk and will make plans to kill him.

While Zack is quickly packing up, Reed confronts him in his room. When Zack goes to leave, Chantal shocks him with a stun rod. Afterwards, under the orders of Reed, makes it look like Zack's laptop fell the bath tub while he was bathing.

You can save Zack if you record Chantal and Reed talking about planning his death and send it to him. Zack and Lara will leave Hawke Manor and he will say that he's going to turn the evidence over to the Senate Appropriations Committee.

At 4:30 PM, Jessica confronts Reed about a toxic waste spill in Sangatsu Village that his company was responsible for and how he covered it up. Reed assures her that he can fund a way to keep the toxic waste from spreading, but immediately after she leaves, Reed contacts Chantal and asks her to retrieve the file on Jessica's boyfriend, Masa. Later, the two to get into a big fight over Masa's past as an eco-terrorist.

After killing Masa, Reed and Chantal show up in Jessica's room while she's sleeping. When she awakes, Reed strangles her. Afterwards, they will arrange the scene to look like Masa killed Jessica and then offed himself.

As Masa is packing up, Jessica forgives him. Jessica then calls someone to tell them she has information that can implicate Reed in the toxic waste spill. Reed overhears this and calls Chantal. If you record this conversation and send it to Jessica. She and Masa will be seen leaving Hawke Manor on the news and she will say that she intends to report Reed to the highest of authorities in Japan.

Over the weekend, Margaret will notice that Reed is becoming more and more neglectful to her, even rejecting her advances. This will lead her to consider turning Reed in for the murder of their father. It isn't until Margaret hears that Reed raped her daughter, Chloe, that she finally decides to turn him in. However, Chantal overhears this conversation and informs Reed of it.

Reed confronts Margaret in her room and finds her with their father's championship ring, evidence that links Reed to their father's murder. After opening up about why she kept the ring, Reed takes her into the hall and pushes her down the stairs. Afterwards, he radios Chantal and tells her to call the police and report an accident.

If you record Chantal informing Reed of the conversation with Chloe and send it to Margaret, Margaret will turn Reed into the police.

The Voyeur Gets Shot

There's an option to send your tape to either: Zach, Chloe, Jessica, or Margaret. If you send the wrong thing to the wrong person, Reed will be informed of it and send Chantal over to silence you.

It's unknown how Reed's relationship with his father was, but at some point Reed killed him. How he killed him is never known, but it is later mentioned that he died in a boating accident.

In an unknown year, Reed married her and they had two children together. In 1980, she supposedly commits suicide. Though it is implied that Reed might have killed her, staging her death as a suicide.

Reed and Margaret were raised together and at some point in time began a sexual relationship. After Elizabeth's death, Margaret helped raise Reed's two children, Zach and Jessica. During the election, Reed becomes noticeably distant and plans to leave Margaret.

When Zack was working at Hawke Industries, he and his team were working on a project known as the Missile Defense System (MDS). Just as they were close to making it work, Reed removed him from the project and stole the idea. This would leave Zack bitter and obsessed towards exposing Reed as a liar and a plagiarist, so much so that he would ignore his wife, Lara.

Their relationship becomes strained when Jessica learns that Reed's company was responsible for a toxic waste spill in Japan and covering it up.

Chloe is Reed's biological daughter that Margaret had kept secret from everyone, including Chloe herself. Margaret covered it up by saying she adopted Chloe from an orphanage. When Chloe was staying at Hawke Manor, Reed would come into her room and rape her at night. This would result in trauma which would drive her away from the family and get her into hard drugs as a coping mechanism. Chloe stays at Hawke Manor in attempt to secretly record Reed admitting to raping her.

Lara is Zack's wife, and Reed seems to be attracted to her. When she asks Reed to talk to Zack, he invites her up to his bedroom where he puts a necklace on her and starts touching her shoulders. However, Lara does not return this attraction and feels uncomfortable around him.

She is very loyal to Reed, and will do anything to make sure he wins the election. She will assist Reed in slander, blackmail, and even murder. It is also shown that the two might have had a sexual history, as she kisses him at one point. 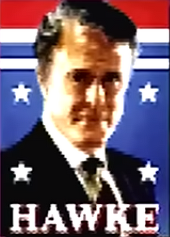 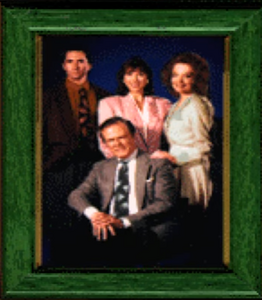 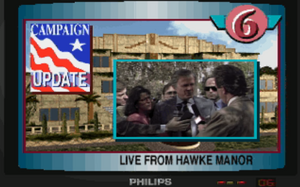 Reed being interviewed by Jay Jacobson from Channel 6. 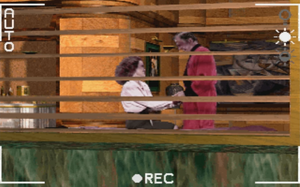 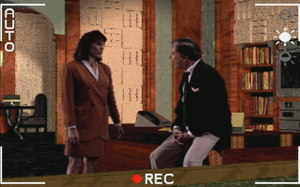 Reed meeting with his daughter, Jessica. 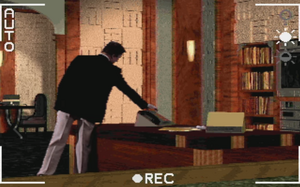 Reed asking Chantal to get him the file on Masa. 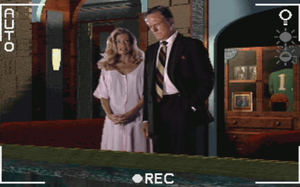 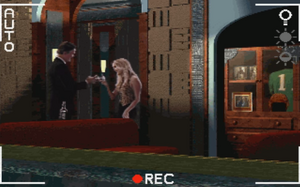 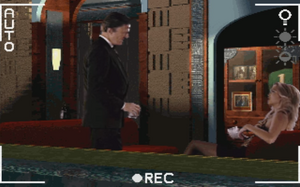 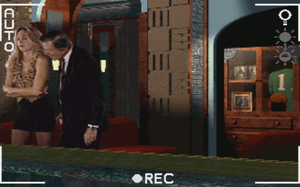 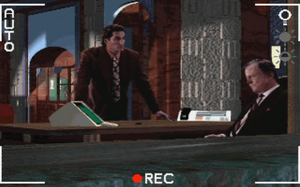 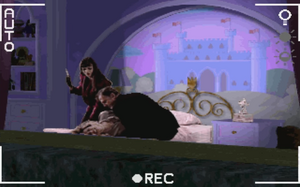 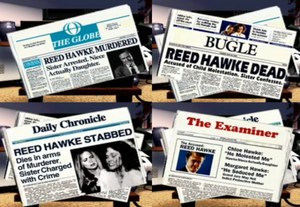 The articles in the Save Chloe ending. 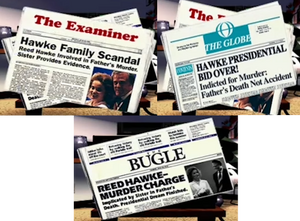 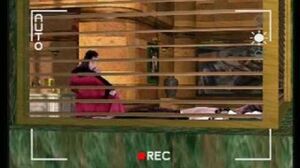 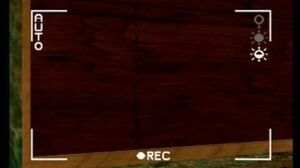 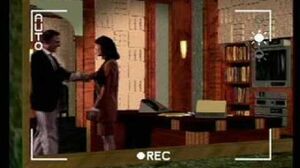 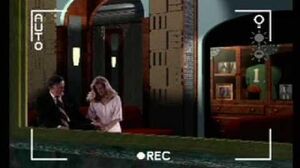 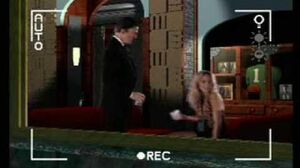 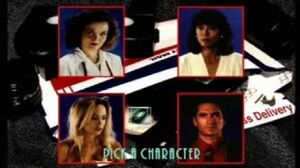 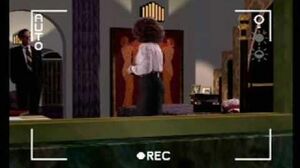 Voyeur 17 10PM and on Margaret is murdered. 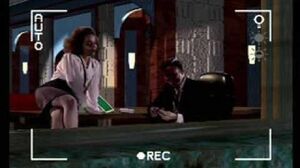 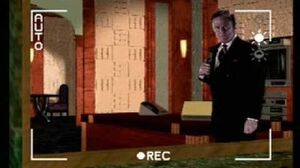 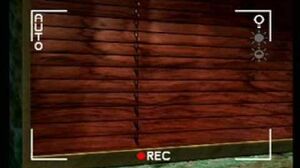 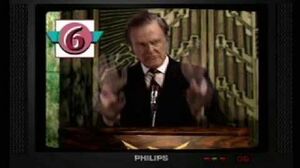 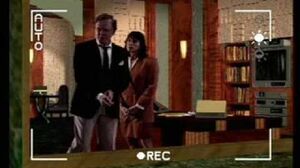 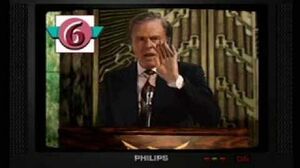 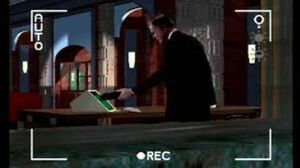 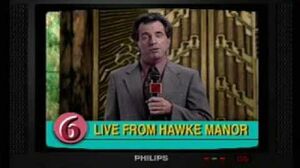