Leader of the Fantastic Four (abandoned)

Alteration of his genetic structure, allowing him to stretch his body to great lengths
Charisma
Manipulation
Semi-immortality
Various different gadgets and weaponry

Manipulating others into believing that he is doing the right thing, even if his methods are too immoral.

Make a deal with an alien empire to attack and conquer the Earth.
Lead the Children of Tomorrow into absorbing entire cities into their base.
Destroy species that he considers "inferior" (all succeeded).
Seek revenge on Sue Storm for rejecting his proposal (partially succeeded).

Reed Richards, also known as The Maker and formerly Mr. Fantastic, is one of the two main antagonists (alongside Magneto) of the Ultimate Marvel universe and a major antagonist in the wider Marvel Comics multiverse. As the Maker, he is the arch-enemy of the Ultimates and his former teammates the Fantastic Four.

Unlike most of his counterparts from different universes, this version of Mr. Fantastic is an idealist who makes a deal with an alien empire to attack and conquer the Earth in order to improve what he sees as a flawed species.

He has his entire family killed (including his baby siblings) so that he can fake his death and avoid suspicion. He later leads an advanced society of superhumans called the Children of Tomorrow. Under his rule, the Children of Tomorrow absorb entire cities into their base, wipe out most of the Asgardian gods, and completely destroy Washington. Throughout all this, Mr. Fantastic is fully aware of what he is doing, and feels no remorse for exterminating a species that he perceives as inferior.

Twenty-nine years ago, Gary Richards and his wife gave birth to their first child, a son named Reed. Almost immediately, the Richards suspected that there was something special about Reed, who displayed his curiosity from the day he was born. As a child, he demonstrated remarkable and magnificent intelligence, well ahead of that of his peers. While other children engaged in sports or played games, Reed devoted himself to the sciences. His father often found him cannibalizing household appliances in an effort to create something never before seen by man, an act that often earned him his father's ire. He would later grew up with Ben Grimm, Sue Storm, and Johnny Storm.

As he was once a lead scientist at the Baxter Building, Reed had access to enormous governmental resources. He has developed technology such as: 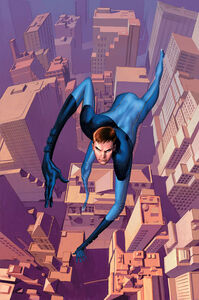 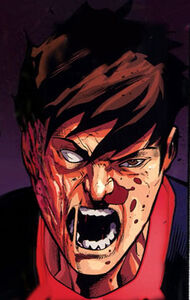 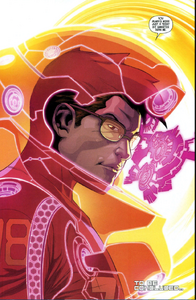 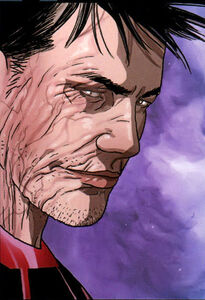 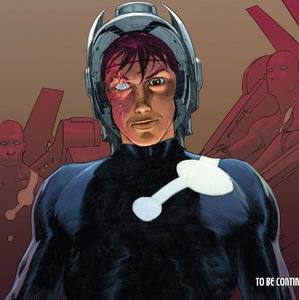 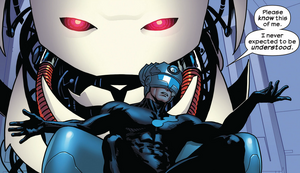 Reed as the Maker 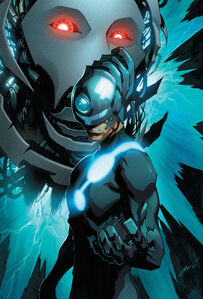 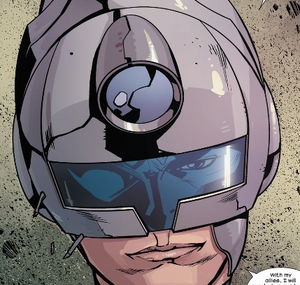 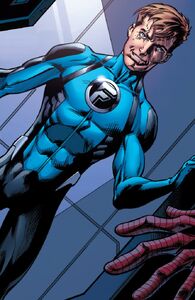 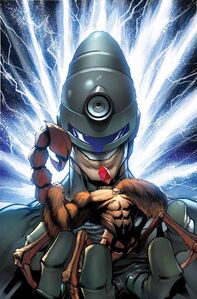 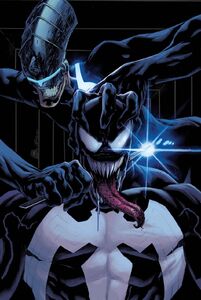 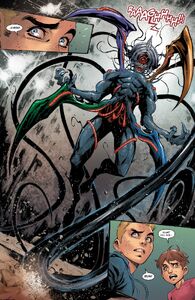 The Maker as Hybrid. 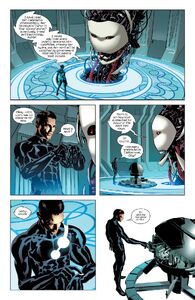