Vast knowledge of both science and magic
The Puppeteer's Altar

Researching.
Torturing and experimenting on people.

Eliminate all gods.
Kill everyone and repopulate the world with his perfect "dolls".

Turning his wife and daughter into dolls

Relius Clover is a playable character and is one of the main antagonists of BlazBlue alongside Yuuki Terumi and Hades Izanami. He is Carl and Ada's father and the husband of Ignis. He is a Colonel in the engineering department for the Novus Orbis Librarium, and works alongside Hazama. In Centralfiction, he was revealed to be a former leader of the Ten Sages, known as One. His life-force value hovers around 9152.

In Chronophantasma, Relius mostly focuses on obtaining Kushinada's Lynchpin as he and Hazama arrive to the Ikaruga Federation. Previously, on the request of Hazama, he captured the creature Arakune and fused him with the remnants of the 11th Murakumo Unit, Lambda-11, empowering Arakune further due to Lambda's Idea Engine and also turning him into his personal servant/attack dog. Additionally, Hazama has also secured the services of the doctor Litchi Faye-Ling due to her personal problems and desire to save Arakune, but Relius majorly considered her useless aside of the theory she brought. He is also implied to know the truth behind the massacre of Bullet's unit.

Relius appears as a final boss for Carl's Arcade Run. Unimpressed with how Carl clings on humanity, Relius then attempts to goad him with an offer: To rebuild Ada as a human. Likewise, he also serves as Bang Shishigami's final boss, Bang was extremely cross at how Relius apparently manipulated Litchi, but Relius was more interested at how he brought the Kushinada's Lynchpin along with him... this is in fact the true form of Bang's nail, the Nox Nyctores Phoenix Rettenjou. Relius reveals that the Nox is not just capable of separating the world from the Boundary, but can also be used as a seithr nuke, to rid the world of all seithr, and subsequently push civilization back to something akin of stone age. When asked why, Relius just replied that he's just curious on Bang's burden and awaited the phenomenon he dubbed 'Day of Destruction'.

It is later implied that Relius succeeded in taking the Rettenjou away from Bang, but he either personally did it, or he left the dirty job to Arakune. He's also the final boss of Valkenhayn's Arcade Route, where he came close in killing Valkenhayn for good (they're apparently rivals from the past), but a time disturbance sent Valkenhayn back in time. His own final boss is Hakumen, whereas after the battle, he left a cryptic remark that everything's going according to plan. 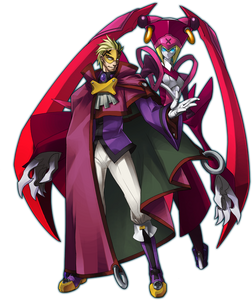 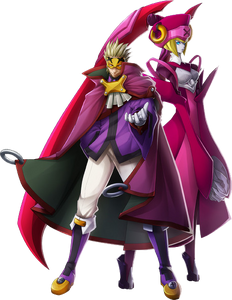 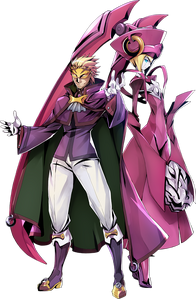 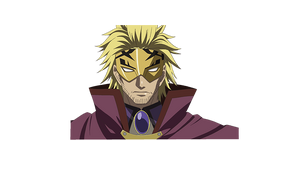 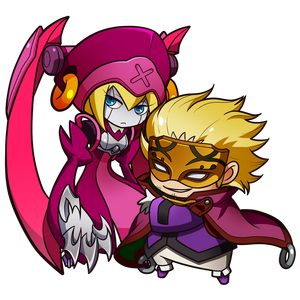 Retrieved from "https://villains.fandom.com/wiki/Relius_Clover?oldid=2710107"
Community content is available under CC-BY-SA unless otherwise noted.