Breaking down situations
Self-defense
Dexterity with a hatchet

Fight the "aliens" within the people in Hinamizawa.

Fight all nonbelievers of the curse.

Rena Ryuuguu, born Reina, is one of the main protagonists and anti-hero of the Higurashi series. She kills seventeen people throughout the whole series, plus herself.

Rena was voiced by Mai Nakahara in Japanese and Mela Lee in English. In When They Cry: Reshuffle, she was portrayed by Airi Matsuyama.

Rena was born in Hinamizawa under the name "Reina". She and her parents moved to Ibaraki due to Rena's mother's advancing career. Rena's mother then asked Rena if Rena would agree to start a family with the two of them. Rena's mother announces that she is planning to separate her husband from her daughter and marrying Akihito, a man Rena's mother fell with. Rena refused even though she would never see her mother again. She broke three glass windows in a school and beat up all the students there, though she was later expelled from it. After hearing from Oyashiro-sama, Rena and her father moved back to Hinamizawa. At this point, she changed her name from "Reina" to "Rena". Here she met Satoshi, Mion, Satoko, and Rika. Her and Satoshi were experiencing the same things in their heads, always hearing footsteps behind them, when nobody was there. At one point Miyo gives her some of her notes, and she is convinced that the curse is actually a virus, as it is, which guides her to try and blow up the school. In the first arc, she is constantly terrorizing Keiichi, but it is difficult to interpret this arc, making it possible that all of her and Mion's doings were in the mind of a very paranoid Keiichi.

Rena is a typically inadequate and shy girl. She often talks mainly with Keiichi and Mion. Despite this, she will break from her usual shyness whenever she sees something cute, little, or beautiful, shouting "Kaiiii" (Short for the Japanese word, Kawaii, meaning "cute"). Her penalty games often involve forcing the losers to do something adorable while still demeaning.

However, like most Higurashi characters, this is usually her main character on the surface. Whenever faced with a personal subject, she will instantly switch to a very blunt, mysterious, straightforward, and even intimidating personality. When she feels backed into a corner, she will often reveal disturbing information about other characters or past events to scare the person into submission. She can spot lies very easily, and doesn't appreciate it when people do this. She will often yell "USO DA!!"("LIAR!!" in the English version)out of nowhere in a very aggressive manner when she spots someone lying to her. This translates to "You're Lying!" She is one of the series most cruel, tactical, and manipulative characters, once going as far as to attempt burning down her school while she and all the students in her class are trapped inside (And even succeeding in Yoigoshi-hen.), all because she had a small hunch that Mion may have betrayed her. She even sets up a homemade bomb that was set to go off without her control on the school rooftop. This distrust in her friends was caused by Hinamizawa Syndrome

Rena's main weapon is a machete that they call her "Hatchet", with a single edge, the back of which which she uses to safely take down an enemy. Rena also constructs a firebomb using a gasoline-filled rain gutter, a kitchen timer, and a pair of wires, which she places on top of her school in a couple of the arcs. Finally, Rena sometimes uses other weapons at various points in the series, including a baseball bat seen in a flashback, a glass shard and a metal pipe while killing Rina Mamiya. Rena also wields a bolt-action hunting rifle briefly in the Higurashi Kaku OVA, but never fires it, instead giving it to Keiichi's father to defend himself.

Rena has reddish-brown hair and blue eyes. She is casually wearing a white dress with purple ribbons, and her "favorite" white cap. At school, she wears a yellow tie, with white-blue clothes. 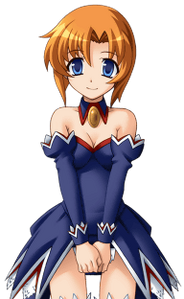 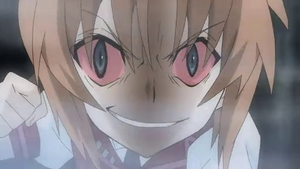 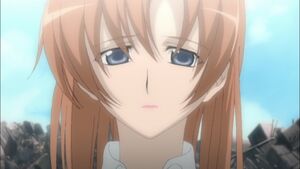 Rena as an adult. 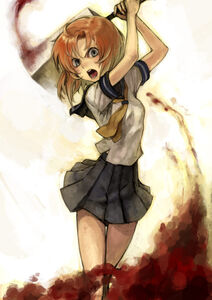 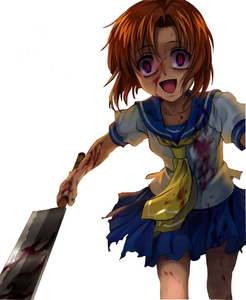 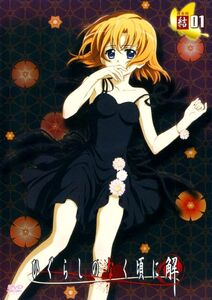 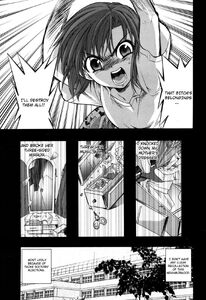 A young Rena destroying her mother's belongings in the manga.
Add a photo to this gallery

Retrieved from "https://villains.fandom.com/wiki/Rena_Ryuuguu?oldid=4137508"
Community content is available under CC-BY-SA unless otherwise noted.